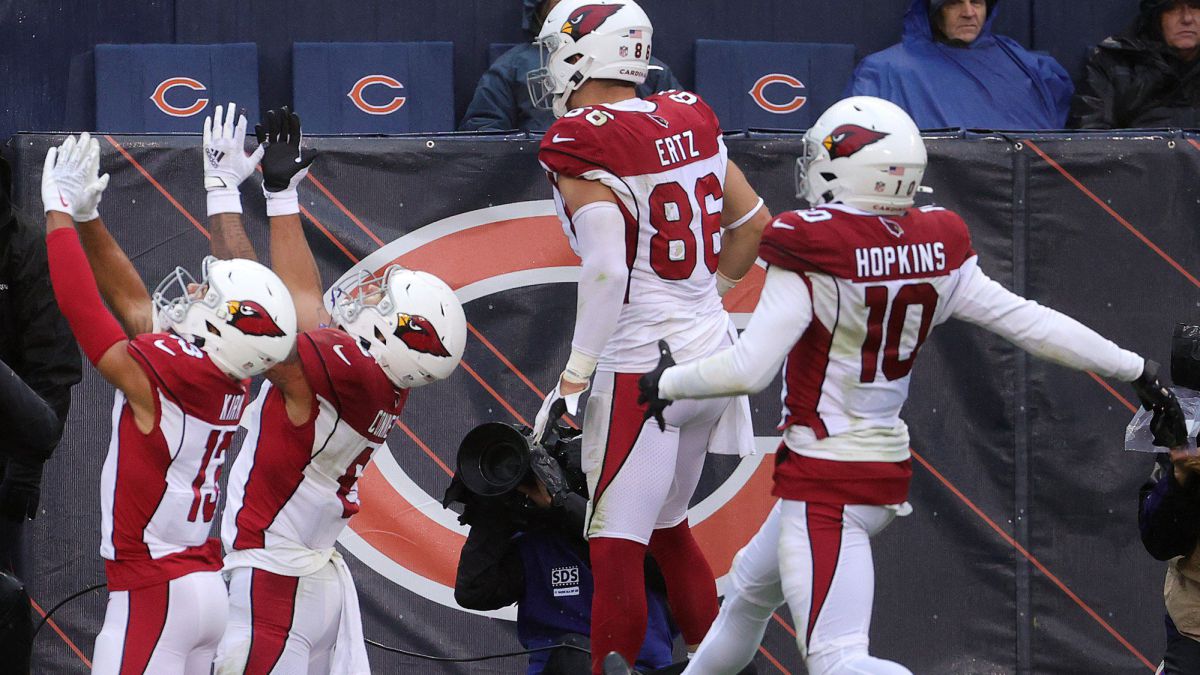 Although it sounds cliché or commonplace, it seems like yesterday that the NFL season began with the game between the Cowboys and the Buccaneers. However, the reality is that 13 weeks are already part of the record books. We have 33 days ahead of us to meet the 14 organizations that will be established in the postseason bracket.

Upon entering Week 14 of the NFL, The Cardinals, Packers and Buccaneers are the only teams to do so with the possibility of reserving a ticket on the Playoff train.

Cardinals fans can be the first to receive their gifts under the tree. If Arizona beats the Rams on Monday Night Football they will return to the final road picture that this season ends at SoFi Stadium.

It’s not the only possibility for the Cards to already think about January football. There are multiple scenarios for the whole of the desert.

The Packers clinch the NFC North with a win and a loss for the Vikings.

The Buccaneers can win the NFC South by beating Buffalo while the Saints and Panthers lose or draw.

While we wait for the picture to clear up, it’s good to remember that every AFC team has at least four losses. The last time either conference entered Week 14 with each team losing four or more games was in 2002 in the AFC.

For better or for worse, the NFL is in a campaign in which the logical results were hijacked and surprises took to the streets to make fun of how much prediction or pool has been formulated or carried out.

This resulted in 19 organizations having a .500 win percentage. Within this contingent, nine of those 19 teams were not in the playoffs last season, including the current top seeds in each conference: Arizona and New England.

There are only five more weeks left of the regular season, so each of these Week 14 games becomes much more critical for teams that are still in the playoff bubble,

Below all radars, the Cardinals have managed to fly this season. A team that was not in the postseason last year, this week has a chance to secure its place with a win over the Rams and sweep the series in the process. With a win over their division rivals, the Cards will be securing a position in the Playoffs, a place where they haven’t competed since 2015 when they reached the NFC Championship Game.

The NFC West has been home to the team with the best record in the NFL for 13 weeks. Five of the last nine NFC Champions come from the NFC West.

The Cardinals seem like the best team in the NFL right now, but the best thing about a league that has parity is that any team can win at any time. Both the Cardinals and Rams are Super Bowl contenders, both coming off victories last Sunday. Los Angeles is two games behind in the fight for the division.

The good news for the Rams is that the Cards are not as strong at home as they are on the road where they have posted seven wins 10 or more points clear. At home, Arizona is 3-2 with losses to Packers and Cardinals.

Arizona just hasn’t had the same success at home.

The Rams and Cardinals are arguably playing the biggest game of the week. A game with massive implications in the postseason. It is also extremely difficult to beat a great division rival twice in the same campaign. Rams 30-33 Cardinals

We are just the second team in NFL history to win each of its first seven road games in a season by 10+ points.

We have outscored opponents 230-118 on the road, and our +112 point differential on the road leads the NFL this season. pic.twitter.com/lOr6Sh0mls

Next Sunday closes with one of the oldest rivalries in the history of professional football. The Bears and Packers meet for the 204 time, including two postseason matchups.

The historic confrontation has an added incentive this week, as the Packers can clinch a playoff berth with a win and help from other teams.

Green Bay owns a 102-95-6 advantage on the record. For Sunday Night, lThe Packers come out as favorites largely because they are a much more compact team and that Chicago has serious doubts in various sectors of the field, including the quarterback position. Last game Andy Dalton threw four interceptions in a loss to the Cardinals, the ninth-ranked defense.

The Packers seem to own their division and a win over the Bears could put them inches away from crossing their first big goal. Green Bay’s defense ranks seventh right now, coming off a bye week and Aaron Rodgers has started to heat up just as the weather he loves most begins: postseason winter. Bears 17-30 Packers.

It’s hard to see the Buccaneers go for the same strategy of throwing the ball just three times as the Patriots did last Monday Night to beat the Bills. It’s tough because they have Tom Brady and the game won’t be in freezing Buffalo weather.

The Bills are coming off a short week and need a win to stay in the AL wild-card contingent.. The loss against New England drew pride in the organization because of the way they were defeated.

Sunday afternoon’s showdown features two of the most powerful offenses

The Buccaneers (31.4 points per game) and the Bills (28.0) rank first and fifth, respectively, in offensive statistics for points.

The ‘old’ Ben Roethlisberger proved last Sunday that rumors of his retirement have been greatly exaggerated. The Vikings are coming off a painful last-play loss to Minnesota. Steelers 20-24 Vikings

After winning close games all season, the Baltimore Ravens finally let one of their hands slip, losing in Week 13 to the Steelers. The Ravens lost their best defensive back, Marlon Humphrey. Ravens 21-24 Browns

Taylor Heinicke has his Washington soccer team on a four-game winning streak, although the team is still two games behind Dallas. Cowboys 28-20 WFT

The Raiders offense only managed a touchdown in that loss to Washington. It’s hard to believe the Chiefs’ five-game winning streak will end at home against Las Vegas. Raiders 17-38 Chiefs

The Texans are the first NFL team in 2021 to be officially eliminated from the postseason. They already think more about the pick 1 of the next Draft than about winning. Seahawks 20-10 Texans

The Titans are at the top of the AFC South and with a chance to fight for the second seed in the AFC postseason draw. The doubt against this team is that they have two defeats in a row. Not having Derrick Henry will not be an impediment. Jaguars 16- Titans 21

The Jets are 2-4 at home so there is no advantage to playing at MetLife Stadium, their defense in 32nd place struggles whatever stadium they play in. Saints 24-13 Jets

Atlanta’s offense failed to score any points in the second half of last week’s game against Bucs. The Panthers are clinging to their last playoff hopes. Falcons 14-17 Panthers

The Broncos have the eighth-best defense in the league right now, a team that holds opponents to 18 average points. Lions 17-24 Broncos

Chargers is in postseason position and is not going to give up his spot against a team that may be playing with its third quarterback with Daniel Jones injured. Giants 14-28 Chargers

The San Francisco 49ers are more talented than the .500 winning percentage they have. They still need Jimmy Garoppolo to forget about throwing interceptions against a team that is a conundrum. 49ers 28-27 Bengals