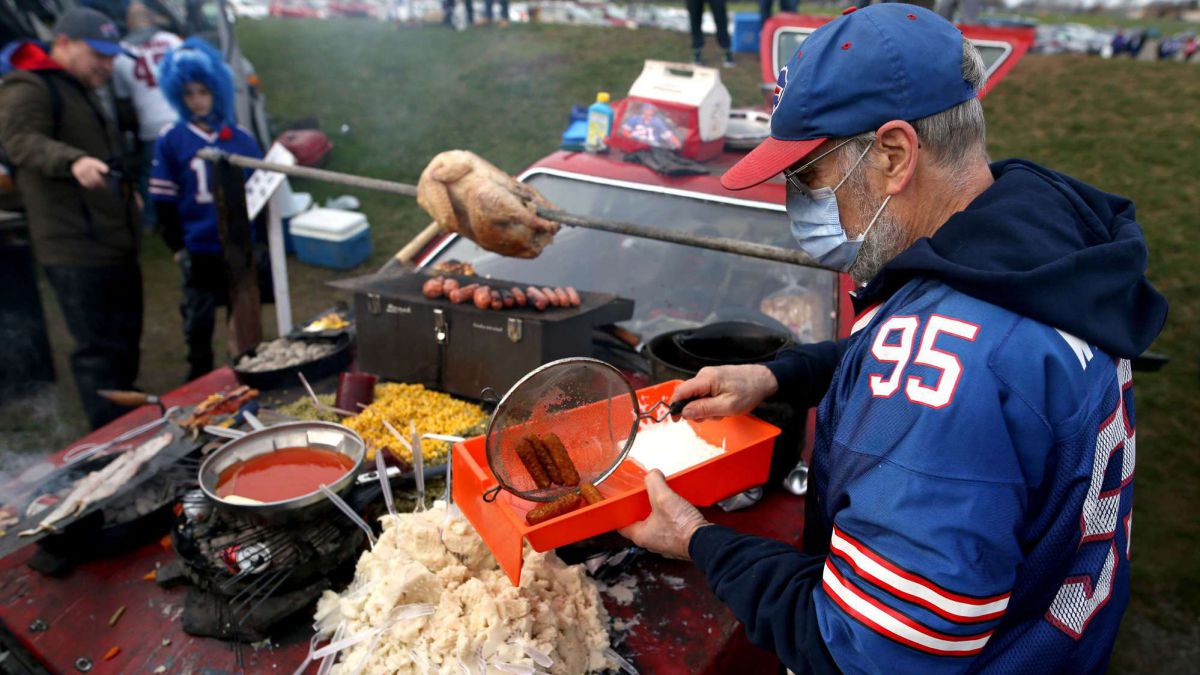 The weekend of binge eating, binge drinking and binge football is here. Thanksgiving is upon us and brings with it the start of Week 12 of the NFL.

For generations of Americans and football fans at home and abroad, Thanksgiving and the NFL are historically intertwined, as the surprise results are with the 2021 campaign. Week 11 was full of unexpected markers with the Texans as the flag as they defeated the Titans, who entered as the best team in the AFC. This year the pool of actual contending teams seems downright small.

For now, they have been raised 23 games that were decided by a touchdown or field goal on the last play of the game is the most in league history through Week 11.

For many the NFL is in its most parity season, for others in its most mediocre season. For the optimists: anyone can beat anyone, for the pessimists: there is no such thing as a high-caliber team.

Texans, Colts and Vikings showed up to their commitments last weekend with a .500 winning percentage or less and defeated a team that started the week first or tied for first in their division. Since Week 9, there have been 11 wins by organizations with a winning percentage of .500 or less against the division leaders, the most such wins in Weeks 9-11 since 1970.

Houston and Minnesota they each defeated the teams that entered Week 11 with at least four more wins on the season.

Surprises from life and the NFL!

Coming to Thanksgiving, there are a couple of divisions that should lift up your prayers.

All AFC West and AFC North franchises have a .500 winning percentage or better.r.

It’s the first time in five years that an NFL division, not to mention two this season, has entered Week 12 without a team below .500.

So far this season, we haven’t seen a quarterback stand out from the crowd for the MVP nomination. Usually there are three or four candidates, but at the moment it is difficult to have one.

Certainly 2021 feels like a weird season, like a bunch of franchises in the middle of the rankings. A chaos that has made my forecasts and that of many, a sheet studded in red.

The Packers eliminated the Rams from the playoffs last season, beating them at Lambeau Field in the divisional round. On Sunday, the Rams will have a chance to avenge that loss, once again visiting Lambeau for a Week 12 showdown.

It’s the eighth rematch of this 2020 playoff ensemble season. So far, the team that lost the playoff game is 5-2 this year. Good news for Rams fans!

Although the all-time series is tied 47-47-2, the Packers have owned this matchup lately. They have won six of the last seven games against the Rams, dating back to 2007.

Last week, Aaron Rodgers threw for 385 yards and four touchdowns with no interceptions. Rodgers has 13 career games with at least four touchdown passes and a rating of 140 or higher. But the work has not only been Rodgers. After the team has dealt with injuries and absences due to Covid, with their wide receivers this season, their receiving corps has still been very reliable and productive. SAccording to Pro Football Reference, the Packers have dropped only nine passes as a team, tied with the Seahawks for the fewest in the NFL.

In addition, they gain an average of 6.2 yards after the reception.

However, on the other side of the field, the Rams also have guns.

Since taking over the Rams in 2017, coach Sean McVay is 3-1 after weeks off. Following the trend of teams that believe they are part of a Kill Bill movie and get revenge, this holiday weekend I will say: Rams 24-21 Packers

The Raiders and Cowboys meet for the 13th time, with the all-time series tied, 6-6. It will be the third time they meet on Thanksgiving.

The Cowboys are coming off their worst performance of the season falling on their visit to Kansas City. Dallas’ offense was forced to punt six times, five of them in three-play drives and out. Dallas will need to bounce back as it did after its loss to the Tampa Bay Buccaneers to become a contender in the NFC again.

Quarterback Derek Carr ranks second in the NFL with 3,041 passing yards this season and became the fourth quarterback with at least 3,000 passing yards in each of his first eight seasons in NFL history. But the Raiders’ offense started quickly with interim coach Rich Bisaccia, scoring more than 30 points in the first two games, it hasn’t been the same since bye week. For three games he has not exceeded 16 points.

To counter Carr’s momentum, Dallas has two key people on the other side of the ball:

Dak Prescott reaches his fifth game on Thanksgiving Day, so far he has seven touchdowns, five on passes and two on the ground. This season playing at home, the Cowboys quarterback accumulates 14 touchdown passes.

The Raiders defense should be no match for a Dallas offense that is more powerful than it showed in Kansas City. Las Vegas allowed 23 points against the Giants, 41 from the Chiefs and 32 from the Bengals, a team that was coming off a two-game losing streak. Cowboys 30-21 Raiders.

Each team enters with a two-game winning streak. Both the Vikings and 49ers are at 5-5 right now, so whoever wins the engagement will get the tiebreaker when the wild card spots are settled.

In last week’s win, the Vikings quarterback, Kirk Cousins ​​threw for 341 yards and three touchdowns with no interceptions, while wide receiver Justin Jefferson had eight receptions for 169 yards and two touchdowns.

Cousins ​​has 21 touchdowns and only two interceptions this season, the fifth-best touchdown-to-interception ratio.

Tight end George Kittle has a touchdown reception in three straight games, the longest streak of his career. The Niners have won three of their last four, more than 20 points ahead. Vikings 30-24 49ers

Thursday marks the second meeting of the season between the two NFC North rivals. In Week 4, the Bears earned a 24-14 victory when Montgomery rushed for 106 yards and two touchdowns in the victory. Chicago has won six of the last seven meetings. This Thursday will be different. Bears 20-23 Lions

The Baltimore Ravens continue to find ways to win games, they fall behind in the fourth quarter and did it again in Week 11 against the Bears but without Lamar Jackson, they will do it again. Browns 17-21 Ravens

The Jaguars have lost their last 14 meetings against NFC opponents, count the 15th. Falcons 28-24 Jaguars

The Texans are coming off defeating an opponent with a percentage above .500, why won’t they beat a team below .500? Jets 17-24 Texans

Bill Belichick seeks his first victory against his student Mike Vrabel. The Patriots have five consecutive victories. They have built their winning streak largely on their defense (16.1 points allowed per game). The Titans were indigested by the Texans defense. Titans 16- 24 Patriots

The Giants are tired, the Eagles are hungry. Jalen Hurts ran for three touchdowns last week. New York was rushed by Tom Brady on an 11-yard play, we all know what that means. Eagles 28-17 Giants

From the Pittsburgh, the Chargers snatched the victory with less than two minutes. The Bengals saw themselves back to life by defeating the Riaders 32-13, with running back Joe Mixon taking 123 yards in 30 plays. Steelers 21-24 Bengals

The Colts are coming off their best game of the season by dominating the Bills, but the days are coming when you can no longer bet against THE GOAT. Buccaneers 30-21 Colts

The Dolphins won their fourth game of the season over the weak Jets, 24-17, but the Dolphins defense allows opponents 25 points. Panthers 24-21 Dolphins

Each of the last two games in Denver between the teams has been decided with one field goal or less. Chargers 21-17 Broncos

The Seahawks are coming off their seventh game of the season, scoring just one touchdown. Their offense is ranked 30th. Washington is on a two-game winning streak. Seahawks 14-20 WFT