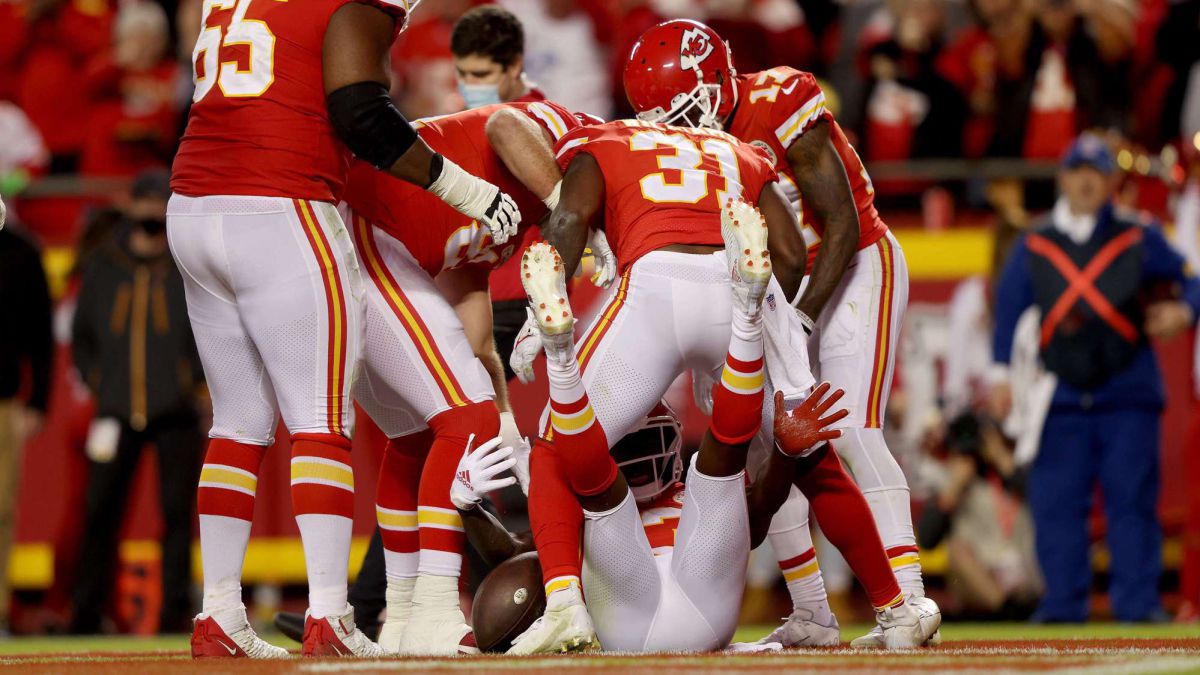 Many of us have yet to digest Week 16 when the penultimate Sunday of the season is in front of us.

I am not saying this because of the historic beating that The Cowboys hit Washington Football Team, not even the 500+ yards Joe Burrow got through the air off the Baltimore defense..

Neither see Zach Wilson scoring a touchdown longer than the aspirations Jets fans have had for years.

The historic performance of four strangers who became named men continues like a sounding board.

I have marked on the calendar when on December 26 four offensive linemen scored touchdowns on the same Sunday. A record in the NFL. It is more than that, it is a revenge on the part of a group of players who seldom take recognition in a game that, like life, rewards the first actors with whom each game is promoted.

The biggest boys in the group finally had their big day, a V for Vendetta or rather B from Big Mens Show.

Prior to Week 16, there were two touchdowns from offensive linemen throughout the season.

The names of: Will Richardson (Jaguars), Lane Johnson (Eagles), Terence Steele (Cowboys) and Conor McDermott (Jets), are written on my Hall of Fame wall, for making my Sunday a scrapbook day.

The expansion of 18-game schedule it would bring with it several achievable marks and records.

In the individual it has not arrived, but in the collective certain things can be counted.

A tip to surprise family and friends at the New Year’s dinner: Eight playoff spots remain and 24 teams enter Week 17 still in contention for Super Bowl LVI. It’s the most teams left in contention with two weeks to play in 15 years, tying the 2006 season. Six teams have made the postseason (Packers, Buccaneers, Cowboys, Rams, Cardinals and Chiefs).

In the AFC, six of the seven playoff spots remain undetermined. In the NFC, six teams are fighting for the last two playoff invitations.

You may or may not like the dominant athletes or teams but we are here. The world suffers from a pandemic that has changed the course of humanity but there are situations that remain: The Kansas City Chiefs are at degrees of reaching their boiling point. With eight victories in a row and their sixth division title they are the plaque with which they present themselves to this rivalry that could well become a point on the postseason roadmap.

Last week, the quarterback Joe Burrow passed 525 yards, the fourth-most in a game of all time, with four touchdowns and zero interceptions.

It’s the last home game of the regular season for Cincinnati. The Bengals can clinch the AFC North title with a win this weekend. while Kansas City, which already has the AFC West title settled, does not want to drop the first AFC seed.

Cincinnati’s offense stole the show against Baltimore. Joe Burrow threw 525 yards, the most in the entire league this season, the most for a Bengal in franchise history and the fourth most in NFL history. Burrow’s 941 passing yards against Baltimore this season is the most of any quarterback against a single opponent in a year, beating Joe Montana for 874 yards against the Falcons.

Only four current Bengals were with the team in 2015: C Trey Hopkins (on the practice team in ’15), TE CJ Uzomah, P Kevin Huber and LS Clark Harris.

The Bengals are 4-2 all-time when both they and their opponent are coming off victories of at least 20 points. The Bengals lead the series 15-14 overall and have won four of the last five meetings.

The Bengals are 8-5 as a home team and have won all four previous games at Paul Brown Stadium, as well as five in a row at Cincinnati overall since 1987.

Apart from the win over Buffalo when they shocked the world, the Jaguars have had few highlights to tell on the field of play. Off the field, plenty of stories have been written about Jacksonville that quickly made it one of the first teams eliminated in the AFC. The Jaguars at this time have no head coach and no chance of beating these Patriots looking to return to victory after going off the rails with the Colts and Bills in consecutive weeks.

The Patriots must get an easy victory that puts them in position to fight the AL East until the final round.

The curiosity of the meeting centers on Trevor Lawrence and his ability to prove that he is a legitimate quarterback with the NFL stamp.

It will be another showdown between rookie quarterbacks. On the other side will be Mac Jones wanting to hit hard at Jacksonville 10-28 Patriots.

This showdown has playoff implications for both teams, as the 8-6 Las Vegas Raiders are one of many AFC teams still in the bubble, their close win last week over the Broncos keeping their hopes of postseason, but Derek Carr has little leeway. Tight end Darren Waller (knee) could be on the field, but he’s still listed as questionable for this life or death win.

With at least eight players still on the Covid-19 list, the Indianapolis Colts hope to have a full starting team for this one, and while they are currently in line to take the fifth seed in the playoffs, a loss here could change that. Raiders 28-24 Colts.

A victory in memory of John Madden.

“Tonight I light the torch in honor of and tribute to John Madden and Al Davis, who declared that the fire that burns the brightest in the Raiders Organization is the will to win.”

The seven-game winning streak that made the Dolphins the first team in history to string together seven wins after seven losses will do no good. Dolphins 14-24 Titans.

The Falcons allow 27 points per games. Josh Allen is a chaos agent and a touchdown dealer. Falcons 20-40 Bills.

The goat against the defenseless Jets. Little to say, much blood to enjoy. Bucs 30-14 Jets.

The Los Angeles Rams are on a four-game win streak, the Ravens on a covid slide. Rams 33-28 Ravens.

An important opportunity for Jalen Hurts to stand out in the sports highlights by guiding Philadelphia to victory. Eagles 28-21 WFT.

Confrontation between eliminated teams. The Giants have won four games all season, their offense ranked 31st in the league. There’s not much to think about it. Giants 14-20 Bears.

Without Jimmy Garoppolo the postseason doesn’t make much sense for the 49ers, but at least they are on their way to making the playoff teams with a win at home. Texans 14-17 49ers.

The Cardinals are the best visitor in the league, unfortunately their losing streak came at the worst time. Cardinals 24-21 Cowboys.

It is more interesting to see the grass grow than to sit in front of the television to watch this game. Lions 21-17 Seahawks.

Don’t expect the Packers to drop this game just because they’ve secured their division. They prefer to end Minnesota’s hopes. Vikings21-24 Packers.

Rookie running back Najee Harris won’t be able to do all the work to bring out the 2021 Steelers who have the most Browns face. A black Sunday. Browns 30-24 Steelers.