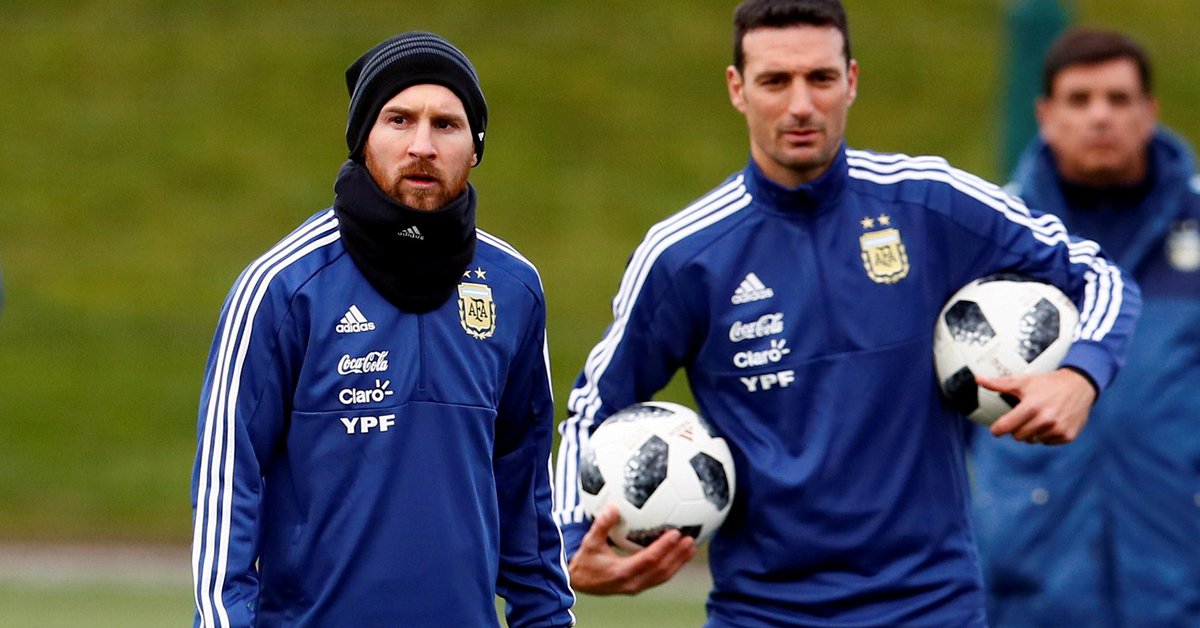 The coach met with the captain after dinner at the hotel in Brasilia (Photo: Reuters)

The Argentine team started its foray into the America Cup. After the tie in the debut against chili, the triumph against Uruguay brought tranquility to the delegation albiceleste that seeks to end the drought of 28 years without titles.

With satisfactory productions, the illusion of conquering the continent again grows day by day. For this reason, the coach held a meeting with Lionel messi in the concentration of Brasilia.

The meeting took place last night after dinner. Before the night’s rest, Scaloni He spoke for a few minutes with the Rosario star to continue with his planning for the quarterfinals of the tournament.

Initially, DT analyzed the possibility of giving rest to his maximum figure. What the Ten participated in all the commitments corresponding to the Qualifiers (against Chile and Colombia) and he was also in the first two matches of the Copa América, Scaloni seeks to minimize the risk of possible injury and suggested to Leo the possibility of being absent from the duel in front of Paraguay or Bolivia.

Response from Messi It was clear: he has no problem getting out of the starting eleven. Consequently, he was in doubt until the last moment. But as soon as the bus arrived at the Mané Garrincha stadium in Brasilia, it was confirmed that the Barcelona striker will jump onto the field from the start and will equal Javier Mascherano as the player with the highest number of appearances with the Albiceleste jersey (147).

“I think Messi’s leadership is always the same on the pitch. Outside he is a spectacular boy, who leads the group as he has always done. In that it has not changed. His leadership generates it within the field ”, he had said Scaloni at the pre-match press conference with the Albirroja.

After the duel against Paraguay, Argentina will have a week off until the cross against Bolivia. A priori, the set of Cesar Farias is presented as the most accessible and for the last date the Albiceleste could have guaranteed your place in the next phase. Maybe the break will come there for Messi. Or not: maybe only dose minutes. It will be a matter to continue to be agreed between the coaching staff and the star.

The goal of the Selection is to classify as leader or escort of the Group A to avoid a crossing with Brazil in the direct elimination instance, since if the five-time world champion also keeps his zone, the only possible confrontation would be in a hypothetical final.

For the game before Paraguay, the Argentine strategist once again moves several names. The left back rotated again (Tagliafico for Acuña), Paredes and Papu Gómez accompany Guido Rodríguez in the middle and Di María and Agüero complete the offensive trident. With Messi, once again immovable.

The moving moment in which Lionel Messi fulfilled the dream of the Brazilian fan who has him tattooed on his back
Scandal in Chile: the national team broke the bubble in the middle of the Copa América and could be sanctioned by Conmebol
Qatar will ban unvaccinated fans from the 2022 World Cup and plans to get a million doses against the coronavirus