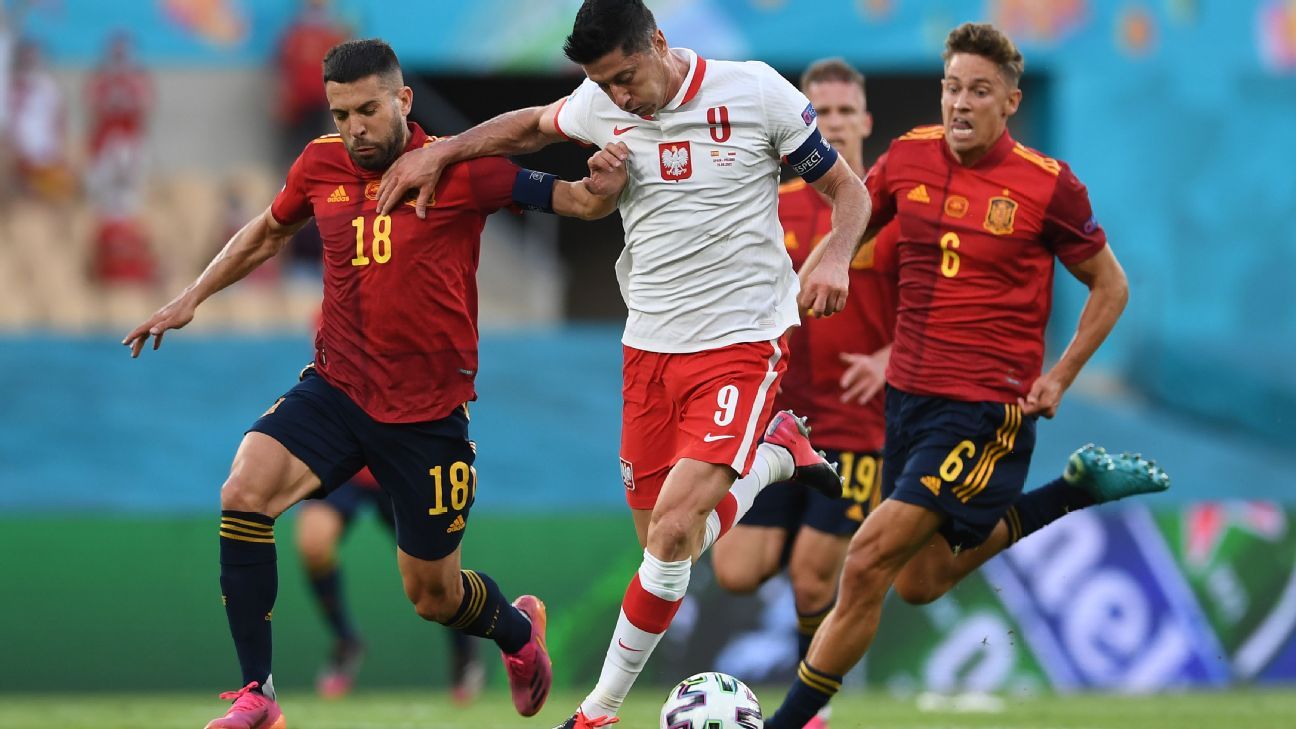 Spain is still on the couch. And looking for a way out of the quagmire seems increasingly lost. If he played 45 more than acceptable minutes against Sweden in his debut, against Poland he barely governed the game during the first half hour and as soon as Lewandowski showed gallons the shaking entered him. Lack of leadership, without being able to count on Sergio Busquets, no one takes command and Luis EnriqueAs a controller like few from the band, he does not find solutions to the mess.

Spain surpassed 75 percent of possession, repeating the scene of its first match. Spain finished off the triple than Poland (six times) on goal and for failing even a penalty missed, but its global image again left much to be desired and showed that this team may have a future but maintains a more than doubtful present.

Spain is not, today, among the aristocracy of European football. That is a fact. It is a fact that the Red that linked six dreamy years between 2007 and 2013 is already just a memory and that the renewal that began after the horrible World Cup in Brazil in 2014 continues to seek a destination that cannot be guessed.

Hours after France stumble on Hungary and what Germany show his might in front of Portugal the Red one returned to show its deficiencies. Lack of forcefulness in attack, this time against Poland, he was also weak defensively. Laporte’s naivety in Lewandowski’s goal was a true reflection of that lack of physical and mental strength, toughness, security and conviction that a Spain with good footballers is sorely missing, with a plan that is supposed to be clear but, at the same time , with a total absence of leadership that weighs him down on the pitch.

He was able to win but did not go beyond the draw … And the pass to the second round will be played in a duel without turning back against Slovakia. A draw could be worth it to qualify based on the goal difference, as long as Poland did not beat Sweden, but if a victory would not ensure the first place that Sweden (already classified) has in its hand, the defeat would send it home to automatic way.

The dream of the Eurocup seems to be heading towards nightmare. A group in which Spain started as the main and undoubted favorite and that on Wednesday could end in the worst way. If Spain, unable to beat Sweden and Poland, fail to achieve the three points against Slovakia, a Polish victory over the Swedes would leave it on the road.

This is the sad reality of an aimless selection.