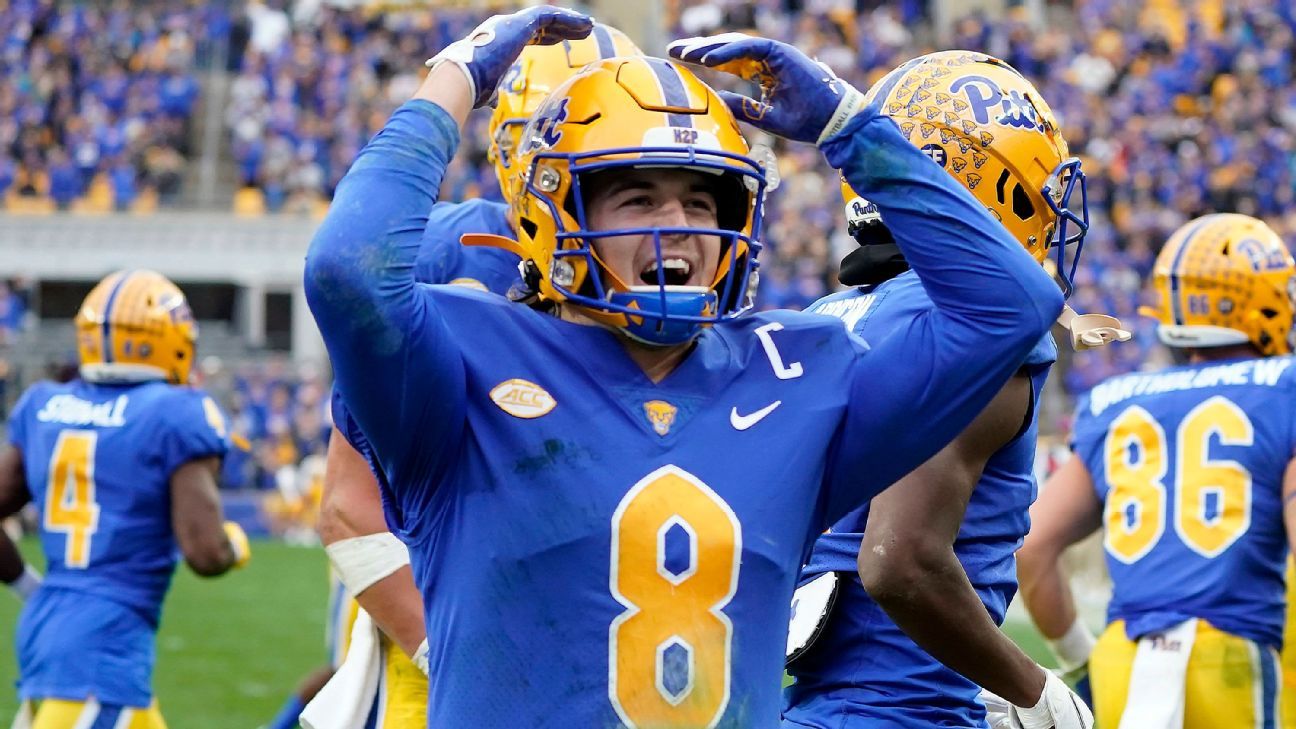 The Steelers found the quarterback they were looking for without trading, while the Saints stretched for wide receiver Chris Olave

The first round of Draft 2022 of the NFL came to an end and it is time to evaluate who are the winners Y losers.

In the first category the great winners are the Pittsburgh Steelerswho found the one they hope will be their quarterback of the future, Kenny Picketton turn No. 20, without the need to exchange positions to acquire it.

pittsburgh waited patiently and the strategy paid off when they found the local boy, Pickettavailable.

Pickettwho shone at the university level in pittsburghended up being the only quarterback chosen in the first round despite draft specialists having Malik Willis out of Liberty.

The New York Jets they shored up two need positions with Cincinnati cornerback Ahmad Gardner and Ohio State wide receiver Garrett Wilson, while with their third at-bat of the first round they took on Florida State defensive end Jermaine Johnson II.

Gardner and Wilson were considered among the best players at their positions going into the draft and are expected to make an immediate impact, Johnson also fills a position of need after ranking 26th in the NFL with just 33 sacks in 2021.

Thibodeaux was even considered among the favorites for the No. 1 overall pick, so finding him at No. 5 was a gift. In three years with the Ducks, Thibodeaux recorded 19 sacks and 126 tackles, 84 of them solo and 35.5 behind the line of scrimmage, while Neal was a key player in Alabama winning a college championship in his tenure and playing in the Game for the CFP Championship in 2021.

On the side of the losers appear the Dallas Cowboyswho came into the draft needing to find a starter for the offensive line after losing right tackle La’el Collins and guard Connor Williams during the offseason.

However, instead of being aggressive in seeking a trade to move up the ranks, Dallas bet on Tulsa’s Tyler Smith, the fifth-best prospect at offensive tackle for Scouts Inc.

The main problem with Smith is that he tends to be undisciplined, earning multiple false start penalties during his college days.

The New Orleans Saints made the first trade during the draft, moving up from No. 16 to No. 11 from the Washington Commanders in exchange for No. 98 (third round) and No. 120 (fourth) overall picks for wide receiver Chris Olave when Jameson Williams of Alabama was still available.

Olave faces questions about his physique, as he could have trouble finding clearance from cornerbacks, plus he was considered the fourth-best prospect at the position while Williams was at No. 3.

It is true that the saints they have a solid defense and need help taking pressure off Michael Thomas, but in such a deep class of receivers they could have found help without giving up valuable at-bats to feed on young talent.

Finally, the Cincinnati Bengals They needed help on the offensive line to better protect quarterback Joe Burrow, who was sacked 51 times during the regular season and 19 times during the playoffs, however, they ended up beefing up their secondary defense with Michigan’s Daxton Hill despite not having a clear vacancy in the position.

Draft 2022: Winners and losers of the first round