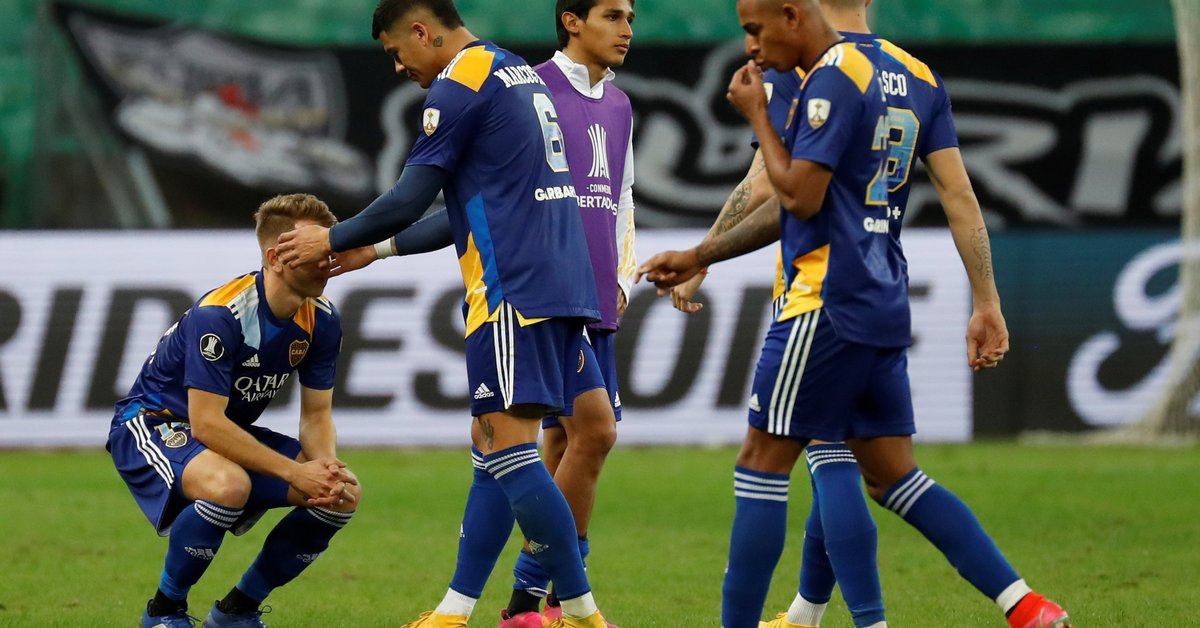 After the scandal in Brazil, Boca will not be able to postpone its Professional League matches (Photo: Reuters)

The Boca Juniors Athletic Club received two bad news in less than half an hour. The Professional Football League rejected a presentation by Xeneize to postpone the next two games, tomorrow against Banfield, and Tuesday against San Lorenzo. At par, The Ministry of Health refused to set up a “sanitary corridor” so that the footballers who were in Brazil could break the isolation and play against the “Drill” in the province of Buenos Aires.

The news was a surprise for the Ribera club. Yesterday, in a press release, they assured that the president of the League, Marcelo Tinelli, had given them his word that the matches would be postponed. Later, from the national government, they had advanced to him that it was very likely that they would grant him the “sanitary corridor”. And even this morning In a radio interview, the Minister of Health, Carla Vizzotti, had said that the events that occurred in Belo Horizonte represented a “very low health risk”. However, neither happened.

“Taking into account the provisions of the Decree of Necessity and Urgency 455/2021 and the current regulations in relation to entering the country, given the risk of introduction of new variants of SARS-CoV-2, and the exceptions to these regulations, considers that the events that occurred in Belo Horizonte, Federative Republic of Brazil, after the match in which Boca and Atlético Mineiro participated, imply on several occasions the rupture of the bubble established as safe and a requirement for the exception in compliance with the quarantine upon entering the country”, Specified the Ministry of Health in a notification signed by the civil servant Sonia Tarragona that was sent to the president Jorge Amor Ameal.

“In this context, taking into account the risk that this implies of introducing new variants, the national epidemiological situation, the effort made by society as a whole and the potential risk for the players of the opposing team, the health authority considers that The exception cannot be authorized for the campus involved in the aforementioned events, prioritizing the objective of minimizing the risks and reducing as much as possible the speed in the increase of infections”He added.

Now Boca is faced with a dilemma. Tomorrow he could appear with footballers who were not in the Mineirao battle, most of them youths who this afternoon played against Banfield’s third in a Reserve championship game, which would mean a double disadvantage. Or directly not show up, lose the points and risk a harsh sanction.

To understand the situation, we must go back to Tuesday night, when the players were involved in incidents in Belo Horizonte, after a match in the Copa Libertadores for the Eighth Finals. Due to that fight, several members of the campus had to go to a police station and testify as defendants. With these events, according to the interpretation of the Ministry of Health, the health bubble was broken and now the people who were in Brazil are forced to serve a seven-day isolation in a Buenos Aires hotel.

Boca had asked for an exception: a sanitary runner that would allow him to play against Banfield and San Lorenzo. At first he believed that they would grant it, but finally it did not happen. The rumors encouraged last night from the Executive Power itself generated a strong repercussion in a country where there are many Argentines stranded abroad due to the suspension of flights and the few who enter the territory must comply with strict isolation rules and accept controls in their homes. of Migrations.

Patron Bermúdez broke the silence from the hotel in which Boca is isolated
Behind the scenes of the Boca scandal in Brazil: Herrón explained why the fight exploded in the locker room and detailed the 13 hours above the bus