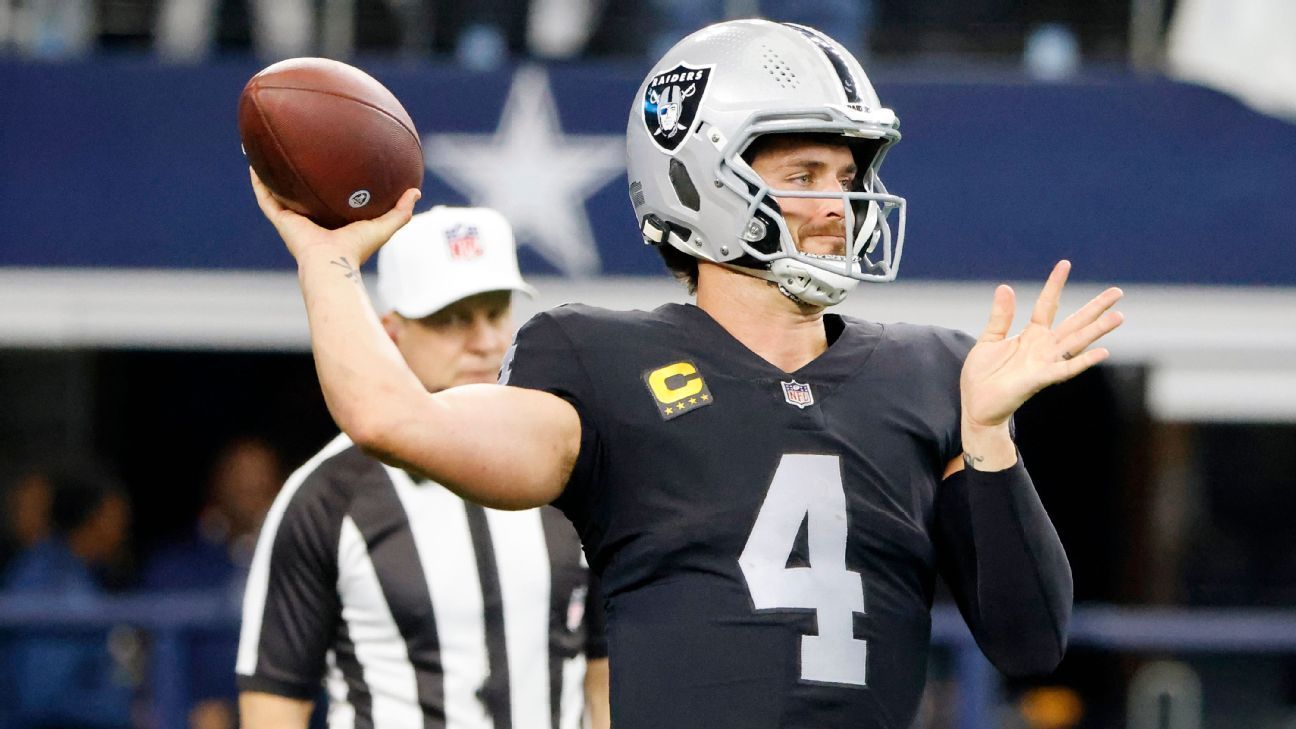 las vegas raiders They are one of the most active teams ahead of the 2022 NFL season and this Wednesday they have reached a three-year, $121.5 million extension with their quarterback. Derek Carr.

The Nevada team didn’t want to be left behind in the AFC West with the addition of Russell Wilson to the Denver Broncos and they have now secured their starting quarterback until at least 2025, according to Ian Rapoport of NFL Network. Carr will continue to fight to return his team to the postseason against top players like Patrick Mahomes of the Kansas City Chiefs and Justin Herbert of the Los Angeles Chargers.

las vegas raiders achieved one of the most notorious moves so far this offseason by signing catcher Davante Adams from the Green Bay Packers, who will precisely meet with Derek Carrwho was his quarterback in college with Fresno State.

Derek Carr reached the raiders for the 2014 season when they were still playing in Oakland and was part of the franchise’s move to Las Vegas, as well as being a cornerstone of the team now led by Josh McDaniels.

Derek Carraccording to Jeremy Fowler of ESPNalso agreed to a clause in which he cannot be traded to another team.

Carr31, is entering the final year of his current contract with the raiders and will earn just under $19.8 million in base salary in 2022. The three-time Pro Bowler has spent his entire career with the black and silver team after being drafted in the second round in 2014.

Carr passed for a career-best 4,804 yards and 23 touchdowns in 2021, leading the Raiders to a 10-7 record and an AFC playoff wild-card berth, his second postseason appearance since 2002, despite a turbulent season marked by the departure of coach Jon Gruden and the arrest of wide receiver Henry Ruggs III.