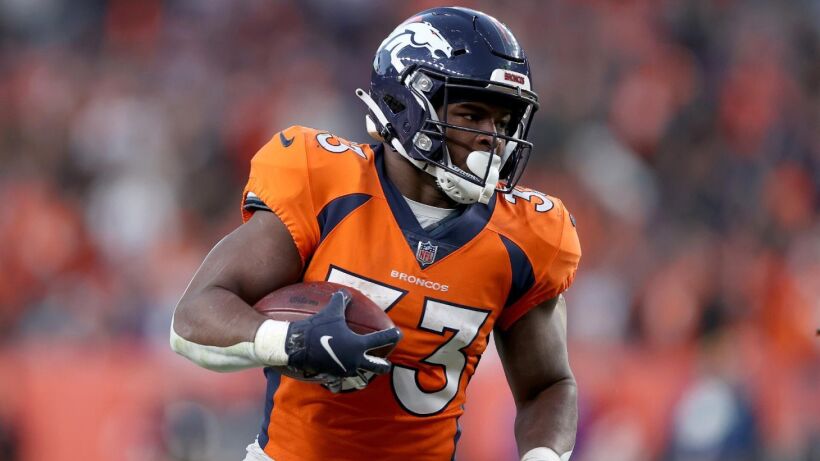 Due to an injury to his right knee, the franchise’s star running back says goodbye to the current NFL cycle.

Javonte Williams says goodbye to the season with the Broncos

The aspirations of Denver Broncos of transcending this year suffered a severe blow: their star runner, Javonte Williamswill not be able to play one more match of the current season of the NFL due to an unfortunate multiple injury to his right knee sustained in the franchise’s most recent matchup.

According to information revealed by insiders Tom Pelissero and Ian Rapoport, Williams was diagnosed with a tear in both the anterior cruciate ligament and the lateral collateral ligament of the aforementioned joint. This will force him to undergo surgery and thus miss the season.

The NFL week 4 game against Las Vegas Raiders It turned catastrophic for the Broncos, as not only were they outscored 32-23, but it was also the scene of their star running back breaking on a third-quarter play.

After her right knee locked up and her body weight pushed her backwards, Javonte Williams went through a painful ritual framed by her inability to put her right leg back on.

WILLIAMS’ BRILLIANT CONTRIBUTION THAT THE BRONCOS WILL MISS

The numbers don’t lie: If there was one leader in Denver’s offense so far this NFL season, it was Javonte Williams. Simply, before his injury in the game against the Las Vegas Raiders, he already had 28 yards on 10 carries.

At a general level, the 22-year-old running back, who came to the NFL in 2021 from North Carolina, added 175 yards from 37 carries in the first 3 games of the current season.

Expensive mistake! Chubb intercepts and Williams makes it 13-7 for the Broncos