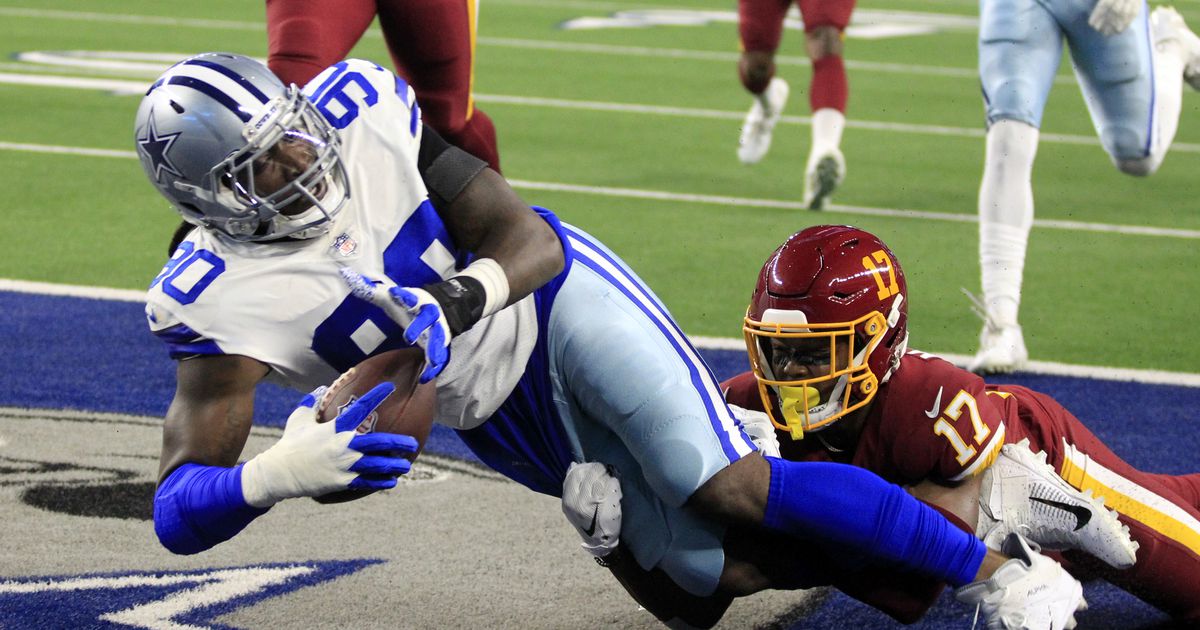 While some sources say the team is close to dumping Cooper, who would have a guaranteed base salary of $20 million if he’s still on the payroll by March 20, Lawrence’s is a different story.

Lawrence is considered the Cowboys’ best pass rusher and the most expensive on the team. By 2022 he is scheduled to earn $19 million, the second-highest salary on the team.

However, multiple sources report that the team asked Lawrence to take a pay cut, which he refused.

Normally when a player refuses to have his salary reduced, he is soon after discharged.

Over the past three seasons, Lawrence has recorded 14½ sacks and 33 quarterback takedowns; and in this season that he just passed he played in only seven games due to a broken bone in his foot.

But when Lawrence plays he is a dynamic presence. The Cowboys value his tackling ability on the opposite side of the play on the run and his constant push upfield on passing opportunities.

Being Gregory an unrestricted free agent, Lawrence’s departure would leave a hole in a defensive unit that looked impressive in the 2021 season.

If the Cowboys release Lawrence and re-sign Gregory, the question begs: Are the Cowboys a better team with Gregory and Dorance Armstrong (another unrestricted free agent) at defensive ends than with Lawrence and Gregory?

Or maybe even Lawrence and Armstrong? Would the Cowboys ever draft another defensive end to put with Lawrence?

It seems unthinkable, but being almost $25 million over the salary cap has created these problems.

Dallas will fall short of the cap, but how it does so will affect its roster and especially one of its highest-paid players.

Getting rid of Lawrence creates a $19 million cap savings for 2022 and means $19 million in dead money to spread over the next two seasons.

Does it make sense to get rid of one of your most productive players?

The Cowboys have 21 unrestricted free agents on their roster and, yes, the front office would like to keep every one of their players. But such a thing is not realistic.

Having the cap space to re-sign most of those players is important and can be achieved by restructuring contracts and releasing veterans like Cooper and Lawrence.

“We have to make certain decisions,” said Stephen Jones, the Cowboys’ vice president.

“Tough decisions, but decisions that if unfortunately we have to lose a couple of good players, hopefully we can continue to do a good job in our recruiting process and look for free agency capital so we can recruit like we always have, which is in based not on need but on the availability of good players.”

Lawrence and his family want to stay in Dallas, which seems to come naturally to them.

If the Cowboys release him thinking he’ll be able to return, people close to the defensive end believe he’ll be able to command a high salary on the open market with teams that need a pass rusher.

As for Lawrence, he’s one of the highest-paid players at his position, and now his tenure with the franchise he wants to be with is precarious.

read also: Jerry Jones: How much is the fortune of the owner of the Dallas Cowboys?