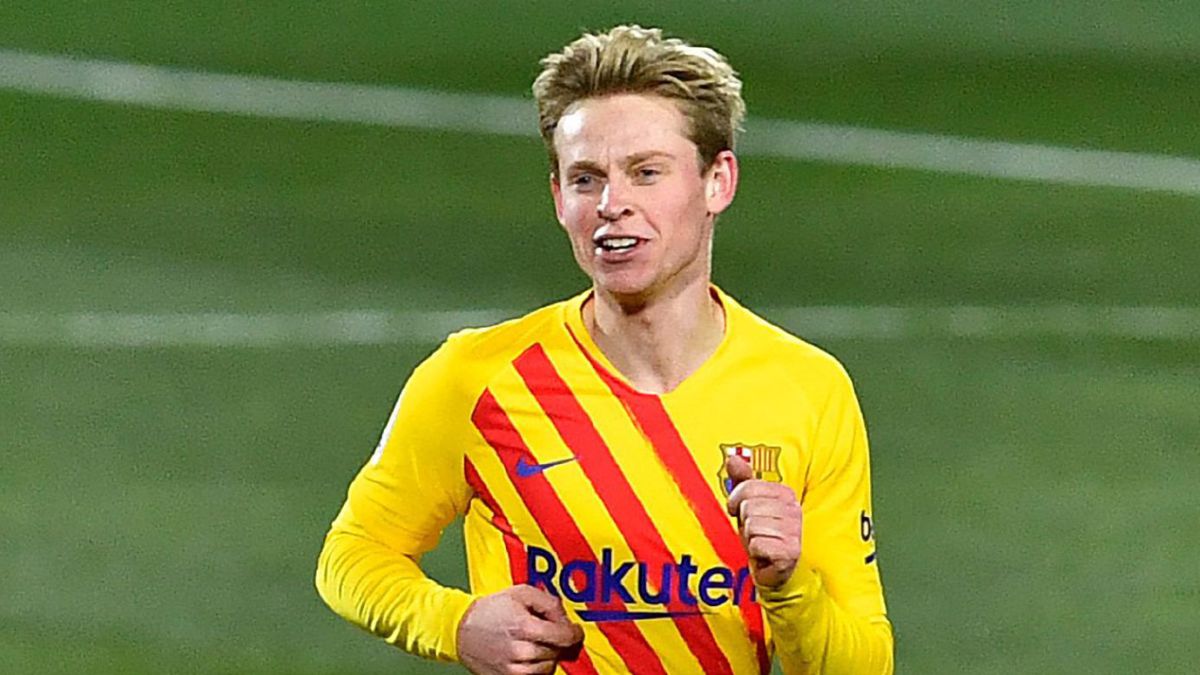 The specialized portal Transfermarkt announced today the change in the market value of LaLiga players. In this study, all those who do not dispute the Eurocup have been reviewed. Those who do play it already received their update at the end of May. This new study leaves Frenkie de Jong as the most expensive footballer in the First Division, ahead of Messi, who did not see his value changed. Before, it was on par with Jan Oblak, which falls in this band twenty million euros due to the pandemic and the lower general value of the goalkeepers. In general, the trend is a fall in prices, because it will be a summer in which bartering, transferring and saving become used. Large investments, yes, are not ruled out, but they are more linked to world-class stars such as Erling Haaland or Kylian Mbappé.

The most expensive player in LaLiga

Frenkie de Jong, with an estimated value of 90 million euros, is the most expensive player in the championship, ahead of Joao Félix, Messi and Marcos Llorente, all of them with a price of € 80M. Pedri, Oyarzabal, Varane, Casemiro and Oblak they are followed with € 70M. Close the Top 10 Fede Valverde (€ 60M), which has been devalued by five due to the complicated season he has had with injuries and not as much continuity as expected. The Slovenian goalkeeper, with his collapse of courage, goes from being tied for the lead with the Dutch midfielder of Barcelona to going down to fifth place.

Although it is natural because of his age and the feeling that his sports career is coming to an end, it is still remarkable that Messi has fallen from the Blaugrana Olympus after the previous update for the first time since 2009. His seniority will make him lose value progressively, although it is not ruled out that a bad De Jong Eurocup can return him to the top. It is also possible that Joao Félix or Llorente, in the event of a good continental tournament, assault first place.

The rise of Militao

Real Madrid have suffered injury problems throughout the season, especially on defense. Ramos and Varane have passed the decisive stretch of the offseason and Zinedine Zidane has had to opt for an unprecedented rear: Militao and Nacho. The fear of the madridistas for what could happen soon fell into oblivion. Both responded perfectly, but especially the Brazilian. He had barely had opportunities since he arrived at the club, but he vindicated himself with stellar performances. That has been awarded by Transfermarkt, which calculates a rise of 33%: from 30 to 40 million euros. En-Nesyri shows exactly the same growth, something that helps them to sneak into the top 25 players in the First Division.

“Militao showed a clear improvement in his performance in the final phase of the season and demonstrated why Real Madrid paid the high amount of 50 million euros for his signing“, explains Tobías Blaseio, one of those responsible for calculating the market value of footballers. On–NesyriHe adds: “He has literally exploded this season. There were offers for him that exceeded 30 million euros this winter. In the Champions League he has scored six goals in eight games played.”

For very different reasons, but Ansu Fati and Saúl are two of the field players with the most striking drop in value. In the case of the Blaugrana, the injury that has had him out of combat throughout the season makes him fall to 60 million euros, compared to the 80 that he marked previously. In fact, to this day he was the most valuable U-19 player on the planet. Now he leaves that position, although he does it to leave it to his partner Pedri, € 10M more valued than him.

Saúl’s case is different, since he has not presented any serious injury to be affected. He has lived through a difficult season at Atlético de Madrid and has lost the title he had been enjoying for years. The club, however, considers that it still has a high cache in the international market and it intends to extract a significant amount from its sale. Transfermarkt, despite this, punishes its campaign with a devaluation of 55 to 40 million euros.

Two Under-21s have grown by leaps and bounds this season. Bryan Gil left on loan to Eibar, where he ended up being the leader. Despite his final downturn, his season seems to give him a place in Sevilla’s first team. Regarding its market value, it has had an increase of 50%: from 20 to 30 million. In the same line, Yeremy pine, a key player at Villarreal despite his youth. It presents a rise of 200%! Before it cost only five million for Transfermarkt; now, 15. Other young people like Pedraza or Mingueza also improve.