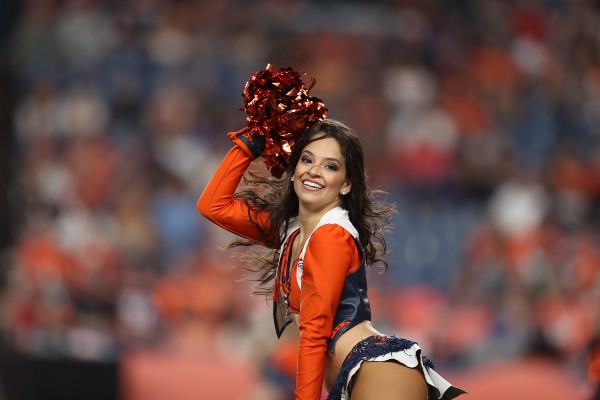 The first Mexican cheerleader in the Denver Broncos Daniela Zubiaaffirmed that his dream does not stop at reaching the NFLbut in accompanying his team, led by the quarterback russell willsonyet superbowl.

“It doesn’t matter how big the dreams are. They can be achieved. It is hard work that will lead you to make them come true. I am not satisfied with having reached the broncos. My illusion is to continue here and accompany them to win a Super Bowl”, said Zubia to ‘EFE’.

From 2021 Daniela Zubia is part of the “cheerleaders” of the Denver Broncos. She was born in chihuahuaChihuahua, shared this experience that he said goes beyond moving pom-poms and dancing during games.

“People think that being a ‘cheerleader’ is nothing more than standing up, wearing a nice uniform and dancing, but it is much more. There is a lot of work with the community, we live with children and young people to transmit the message that they can achieve the dream that propose,” he explained.

These coexistences have marked the Mexican, who acknowledged that she never imagined that from that position she could be a source of inspiration.

“I was invited to talk with a group that only Latino boys attend, it broke my heart when a girl told me that seeing me in the broncos It made her see that there are no limitations, that it made her see that she can achieve her dreams, that has no words”.

Zubia detailed the process to become part of the Broncos cheer squad.

“It’s a long process. The preliminary dance rounds are attended by 200 girls. In semifinals there is a professional interview in which they evaluate personality and what we can offer to the community”.

The last part of the interviews includes an evaluation of the knowledge of the teams of the NFL and the history of the Broncos.

With that knowledge of the game, Daniela chose as her model player Von Millerhistorical linebacker of the Broncos with whom he obtained the Super Bowl 50in addition to having eight selections Pro Bowland that now he will play for the buffalo bills.

“My favorite player is gone, he’s Von Miller; a legend because of his power, because of his leadership; in addition to the fact that he was a fan of Selena Quintanilla and that ended up tying with my taste”.

Cheerleader from the age of 14 in Mexico, where she was eight times national champion; with the national team she obtained a Bronze and two Gold medals in world championships; Daniela Zubia assured that she is ready to stay for a long time in Denver.

“The whole process of selection ends with a Final in which there is a dance round to see how we perform in the field. This was my first season with the Broncos, but I want many more and I will give everything in me to continue this dream.”

YOU MAY ALSO BE INTERESTED IN: RAYFIELD WRIGHT: THE LEGEND OF THE DALLAS COWBOYS DIED AT 76 YEARS OF AGE

Daniela Zubia, the Mexican ‘cheerleader’ who aspires to reach the Super Bowl with the Broncos