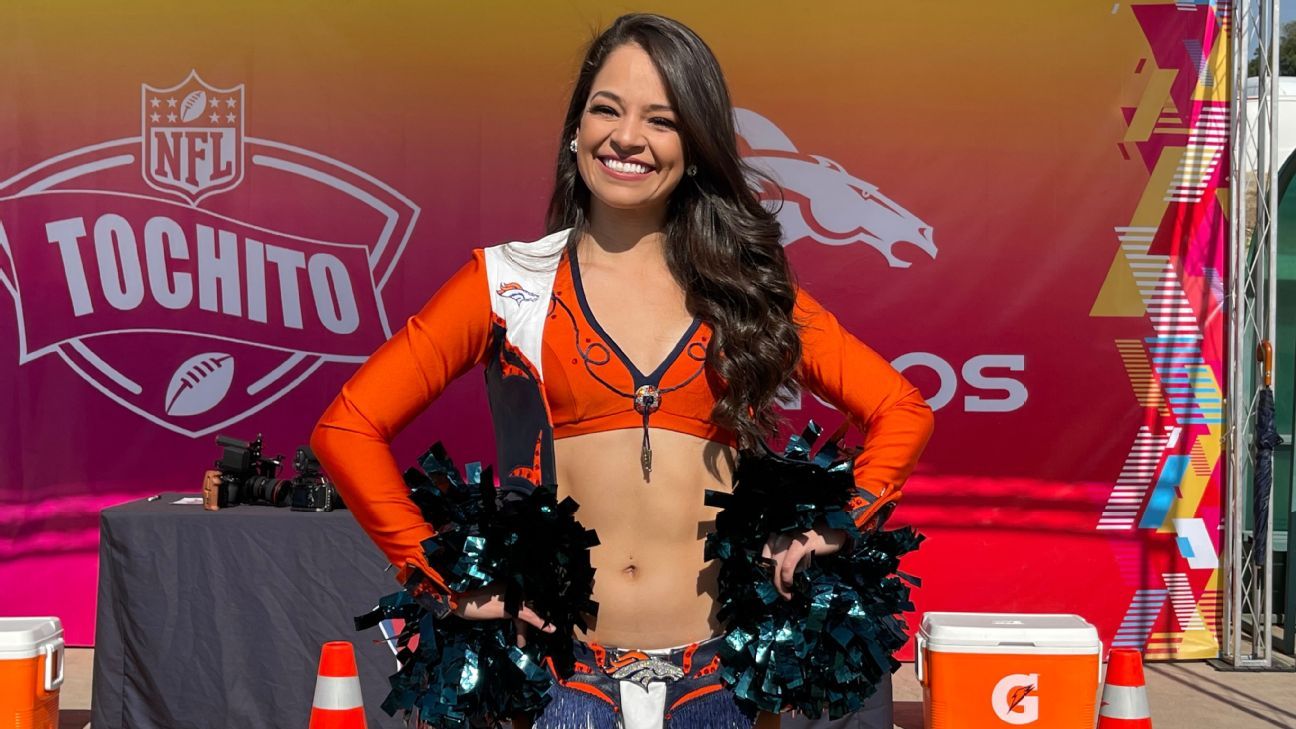 The native of Chihuahua followed her dream of reaching the NFL after being a cheerleader for Fuerza Regia, Sultanes and Rayados

Mexico has a special representation in the NFL through Daniela Zubiawho in a few days will be one year old cheerleader of the Denver Broncos; a dream that he began in 2018, when she lived in Nuevo León and was cheerleader of Fuerza Regia, Sultanes and Rayados de Monterrey.

Daniela remember your first encounter with the cheerleaders of the team and the process he had to go through over the months to get to the auditions for cheerleader.

I went to the event broncos in Spanish. We were with the fans in the stadium and I met two of the cheerleaders. I did not speak any English and with the few words I told them that I would like to be like them. Angela, one of the cheerleaders, told me that if it was my dream to pursue it. He told me about the audition, where it was done and the registration”, he said in an interview for ESPNDigital.

Originally from Chihuahua, Chihuahua and with a university degree as a graduate in Education, Daniela decided to look for his dream in DenverColorado where he came to be closer to his dream, although this was momentarily interrupted by the Covid-19 pandemic.

“The following year I worked hard, I moved to the United States, I learned English, I started training myself through videos of Youtubebecause I had not taken professional dance classes like them, but after two years of watching their videos in 2020, I added, I was a finalist and due to Covid everything was paused and they decided to keep their same dance team cheerleaders. In 2021 I do it again, I am a finalist again and thanks to God, life and broncos They gave me the opportunity to be on the team. It has been the most beautiful experience of my whole life”, commented Danielawho became the first mexican in history to be cheerleader of the team.

Smiling and friendly with each fan who approaches him for a signature and autograph, Daniela recognizes that he lives each game as if it were the first time, because he remembers his effort to reach his goal and his preparation, which began in his university stage, was cheerleader of the UANL Tigers and was part of the Mexican National Team with which he obtained two first places and a third in the International Cheer Union World Championship.

“I know that many people tell me to believe it and enjoy it, but they have always taught me to have my feet on the ground and I am still a girl from Chihuahua, Chihuahua and maybe I don’t come from a big city like the ones in the United States. , but every time I enter the stadium I enjoy it as if it were the first time. Seeing the fans and that energy is a dream come true”, he commented.

Daniela does not hide his emotion to be in Mexico as cheerleader from Denver Broncos and even less when acknowledging that he would love to see the team playing an official season game at the Azteca Stadium and which is wanted from the office of NFL Mexico.

“Coming to Mexico means a lot to me and wearing the colors of this great organization and its wonderful values. It fills my soul to share with my partner, Miles [mascota oficial de los Broncos], and also share with them a bit of my Mexican culture. It is to tell all Mexicans that dreams are achieved by working and yes you can,” he concluded. Danielawho in a few days will seek to reaffirm his place in the body of cheerleaders in the tests carried out year after year by the team.

Daniela Zubia, first Mexican to be a cheerleader with the Broncos