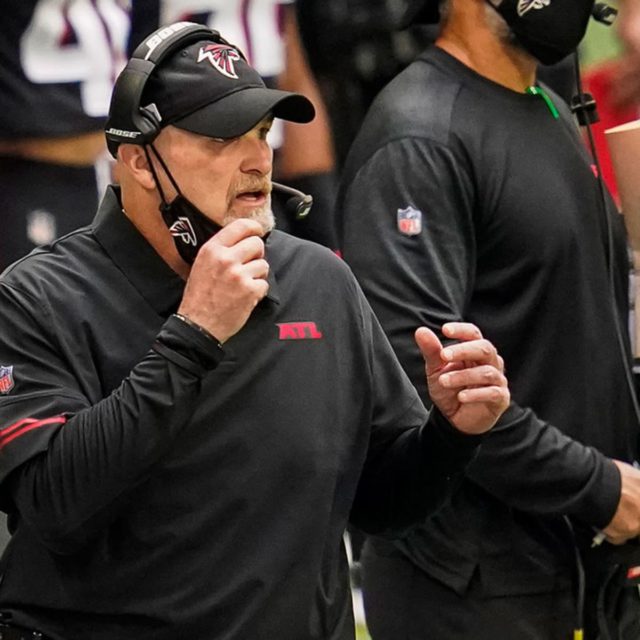 Amid the coaches’ post-season moves for the Cowboys, one of the biggest topics has to do with defensive coordinator Dan Quinn. The coach has become a league-wide sensation after changing the face of a group that was truly forgotten in the franchise. Consequently, it was not surprising that several NFL teams were interested in his services.

So far, the coach has had interviews this offseason with the Vikings, Broncos, Bears and Dolphins. However, one team he will be speaking with on Monday will be the New York Giants. The Cowboys’ division rival cut ties with their head coach Joe Judge on January 11, 2022. Thanks to the record that left them last in the NFC East with four wins and thirteen losses. Consequently, they have been interviewing potential candidates for the position.

Among them is Dan Quinn, where it must be made clear that during part of his childhood and adolescence, he was a fan of the rival team. In fact, growing up in Morristown, New Jersey, Quinn in his teens had a Lawrence Taylor poster in his bedroom. A distinguished player in the organization who is in the Hall of Fame.

Dan Quinn last month: “I grew up probably about 20 miles west of Manhattan…kind of my first love of football was…watching the Giants. And that was the team I followed as a kid…LT was my favorite player, there’s no doubt about it. I had the poster on the wall, the whole thing.” https://t.co/0PKgaHa1s7

“I grew up about 20 miles west of Manhattan,” Quinn said before the game against the Giants in December. “So my first love in football was in New Jersey watching the Giants. Not an area that has the most activity in college football, the Northeast. So professional football, the Jets and the Giants, hockey. There was everything but college activities, so that was my team growing up.”

With the arrival of Dan Quinn as defensive coordinator for the Cowboys in the 2021 season, he put up a lot of good numbers for the organization. He allowing only an average of 21.1 points per game. In terms of passing, 4,049 yards, as well as 1,918 on the ground and an average of 4.5 yards per rival carry. The best part of Quinn’s job with the Cowboys, though, has been the comebacks. With interceptions alone, the team had 26 interceptions, 11 of which were by Trevon Diggs, a cowboy who will be in the Pro Bowl this season.

In short, the ideal scenario would be to keep Quinn as the Cowboys’ defensive coordinator for next season. In a press conference, rookie Micah Parsons stated that he would love for him to stay. And the defensive coordinator himself has commented that he loves the atmosphere in Dallas. However, if an offer comes along that can truly meet his needs, it may be Quinn’s last moments with the Cowboys job.

Meanwhile, the rumors and possible scenarios that may occur around the team will continue. Since offensive coordinator Kellen Moore has also been interviewed by the Jaguars and the Broncos. It remains unclear if head coach Mike McCarthy will remain with the organization after the disastrous wild-card round loss to the 49ers. There is the possibility that there will be several movements in the coaching staff. What is expected is that Dan Quinn decides to stay in the franchise for a longer period.

Dan Quinn will have an interview with a division rival