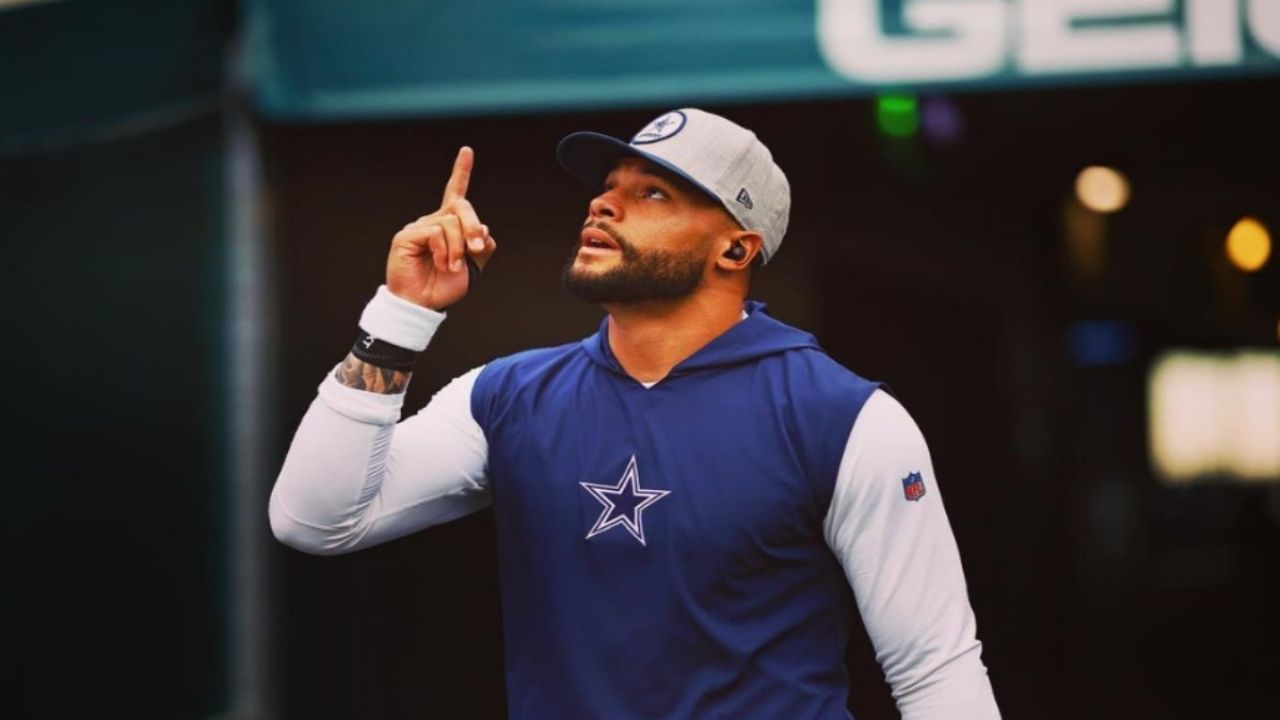 The quarterback of the dallas cowboys, Dak Prescott, He is not having a good time after his team’s loss in the divisional rounds against the 49ers of San Franciscosince he is indicated as the main person responsible for the elimination of the Cowboys and that one more failure was consummated by not reaching the superbowl.

Prescott signed with Dallas in 2016 but after several difficult seasons the reports claimed that he would leave in 2021since the objective of his hiring was to break the drought of the Cowboys without winning a trophy super bowl or advance even to the most important games, and with the new defeat they are already 27 years from latest championship.

IT MAY INTEREST YOU: NFL Playoffs: San Francisco eliminates Dallas and joins the Bengals for the conference finals

in six years Dak has been consolidated with cowboys and has had great moments as a quarterback, even breaking records for passing Tom Brady with the patriotshowever, in the knockout matches he has not managed to make key plays for the harvest of points and only adds three wins in the playoffs, and this year he was eliminated again by San Francisco.

the player of 29 years old signed in the 2021 a four-year contract for 160 million dollarswhich correspond to a annual profit of 40 million dollars by the Texan team and make him one of the highest paid players in the league.

Who are the highest paid quarterbacks in the NFL?

The eternal commander of the Green Bay Packers, Aaron Rodgers He is the highest paid player in the nfl after signing a deal with the quarterback late last season with a contract to play four more years with the packers for 200 million dollarsfigure with which they correspond 50 million a year.

One of the best contracts has it patrick mahomes of the Kansas City Chiefssince since his contract renewal in 2020 the QB agreed to receive 450 million dollars for ten years of services, which corresponds to charging 45 million annuallyin which it is considered the greater agreement made in the history of nfl.

IT MAY INTEREST YOU: NFL Playoffs: How will the conference finals be played?

The third highest paid player in American football is Josh Allenquarterback of the buffalo billsa New York team with which he renewed his contract in 2021 with a duration of six more seasons per 258 million dollarswith a annual profit of 43 million dollars.

Despite the exorbitant salary that supports dak prescott as the fourth highest paid quarterback in the nflit is possible that the performance of your equipment causes you not to keep up with the dallas cowboys next season, so his fate could be in the Colts of Indianapolis or in the Saints of New Orleans according to the latest rumors.

Dallas Cowboys: The millionaire they pay Dak Prescott despite not reaching the Super Bowl