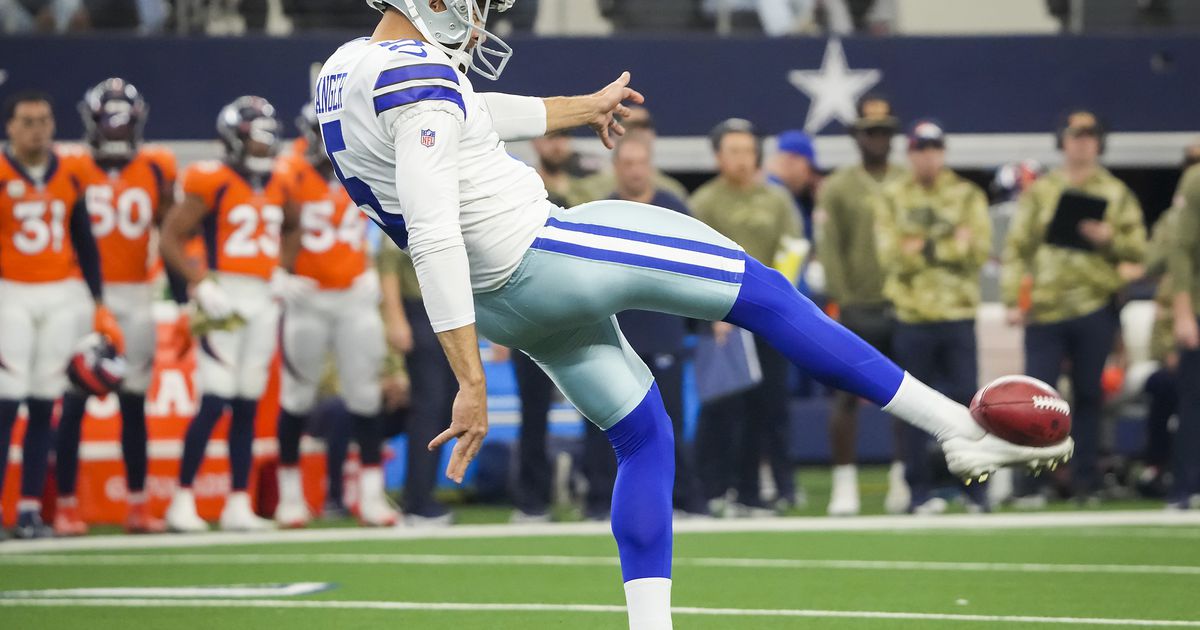 Dallas- After all, Bryan Anger will return to play a second season with the Dallas Cowboys.

After the Cowboys had prepared to dump their Pro Bowl punter as unlikely to invest in the position, they reconsidered and signed him to a three-year, $9 million deal on Tuesday, a source tells us.

Read here: Mike McCarthy understands the frustration of Cowboys fans over the loss of important players

The team’s finances have changed in recent weeks.

Defensive end DeMarcus Lawrence has agreed to reconfigure his contract, freeing up $13 million in salary-cap space for 2022.

Then defensive end Randy Gregory backed out of a contract deal and went to Denver.

So wasting $3 million a year on a punter coming off a historic season became more feasible.

Read here: Is CeeDee Lamb ready to be the Cowboys’ top receiver?

He enjoyed the indoor space at AT&T Stadium, where he averaged 47.2 net yards versus 42.1 on the road.

By bringing him and long-snapper Jake McQuaide back, the Cowboys will once again play two of their three specialists from last season.

The kicker position is yet to be determined, as Greg Zuerlein was released this month.

Arlington native Chris Naggar is the only kicker currently on the roster, but he will have more competition in the coming weeks.

Read here: Dak Prescott on the departure of Amari Cooper, Cedrick Wilson and La’el Collins from the Dallas Cowboys