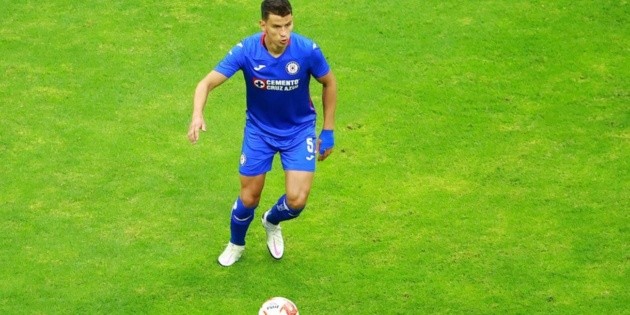 There are wounds that take time to heal … Igor Lichnovsky left a rift between the Chilean defender and part of the fans of Blue Cross due to the context in which his march towards soccer in Saudi Arabia took place. At the end of 2020, and still with the tournament in dispute, the defender forced his departure from the club and earned the rejection of the fans.

Some time after his pass was finalized, and with the title of Cruz Azul in the Guardians 2021 in between, the wound does not seem to heal yet. And it is that Igor spoke through social networks to congratulate Andres Gudiño for the goalkeeper’s debut in the MX League with the cement group, and that disenchanted hobby took the opportunity to reproach the Chilean for his lack of commitment to the heavenly institution.

“Very happy to be able to fulfill a dream! Thank you! Cruz Azul. We will continue to strive and work to the maximum to fulfill the objectives.”, Gudiño wrote in a post on Instagram. Among the many who responded with pure congratulations and words of encouragement was Lichnovsky, who did not expect to be the protagonist of the post.

“Hey, happiness was the ninth”, “Cruz Azul is no longer your family. Mercenary”, were part of the comments that Lichnovsky’s post for Gudiño had as a response. Many of them emphasized that Cruz Azul did not need the services of the central defender to be able to raise the championship title in Liga MX.

Despite the fact that the center-back was a fixture in the machine line-ups, and that he had a large part of the fans in his favor, the terms of his departure brought down that house of cards and earned the discontent of the fans who saw him as a ‘pesetero’ for leaving the team in the middle of the tournament and not waiting until the end of the competition and then emigrating to a football with a more attractive economic proposal.