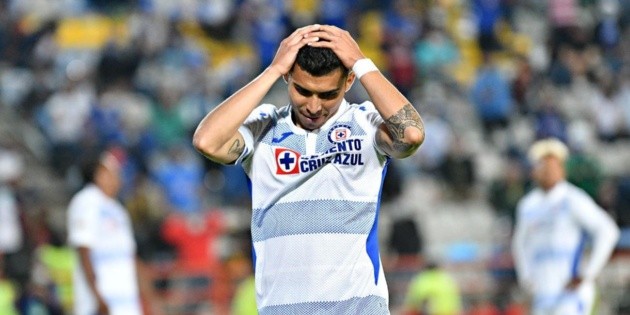 Orbelin Pineda is being one of the most prominent players in Mexico in the gold Cup. The offensive midfielder of Blue Cross has taken the reins of the set of Gerardo Martino and the TRI is on the verge of a new final in the tournament of the Concacaf. His good role with the selected team has revalued him in a passing market where all the lights are on his figure.

The next month of December his relationship with the cement producers ends, a team that has done everything possible to obtain his signature on a new contract, offering him constant renewals since the previous season. But nevertheless, El Maguito remains convinced of fulfilling his European dream and he is not about to continue with The Machine after this tournament.

According to information from the journalist Carlos Córdova, shortly the agreement between the player and Celta de Vigo could be announced, Spanish team that has bid for Orbelin for next year. The celestial ones instead, and in case of not renewing it, They prefer to sell it now and get a good economic profit for their departure, but with a down market, and with the chance of having the freedom card under his arm, plus the high claims from La Noria, no team is up to the task of paying what they demand from La Maquina.

This scenario is the outcome in which Pineda’s story could conclude with the light blue shirt. But as the journalist Rubén Rodríguez wrote in his column for the daily Récord, Cruz Azul would have “revenge” against the midfielder if he decides not to renew and leaves free in January.

“Orbelín could eat rubber for a whole tournament derived from future decisions and having as a precedent many cases of players in Mexican soccer who have chosen to leave in this way, since the costs of the local market do not match what they are valued in Europe and they prefer to go through the door of back or fought, but finally in the old continent.“You can read part of the information, where it appears that the celestial will not shake the pulse to leave their player in the stands until the time of your contract runs out.