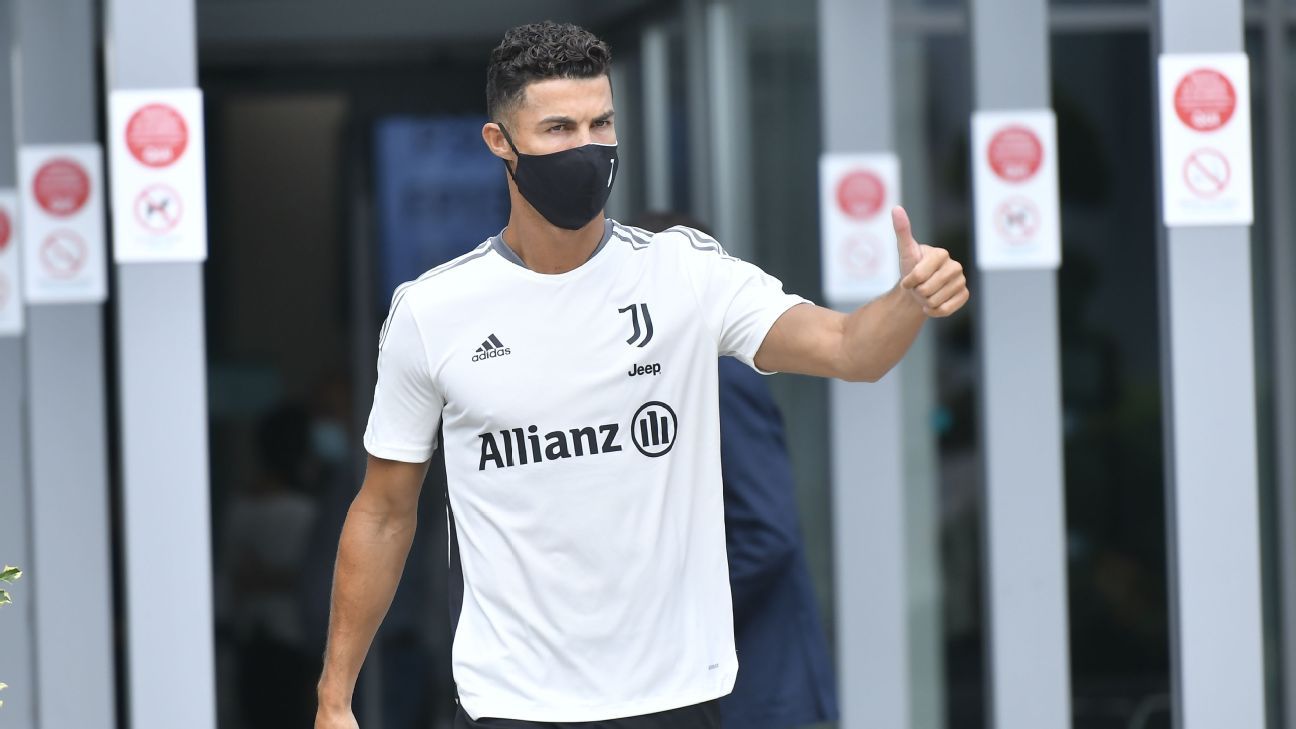 Cristiano Ronaldo joined Juventus on Monday for the preseason. The Portugal captain arrived at Juve’s Continassa sports complex and was later seen entering the club’s J-Medical center located in Turin, where crowds of fans awaited him before undergoing routine medical check-ups.

The former Real Madrid star will become a free agent next summer and his immediate future has been the subject of speculation, as sources told ESPN that their representatives were measuring the interest of some of the best clubs in Europe.

The vice president of Juve, Pavel Nedved, said after Saturday’s 3-1 preseason victory over Cesena that Ronaldo would fulfill his contract.

Ronaldo has not spoken openly about his future at the club.

The forward would meet with the Juve coach, Massimiliano Allegri, later on Monday to sit down to discuss the next season.

Allegri was in charge when Ronaldo arrived from Real Madrid in 2018 and returned to Juve to replace Andrea Pirlo in May.

Ronaldo, who won the Euro 2020 Golden Boot this summer after scoring five goals and scoring one more in the competition, appeared to be in very good shape before joining Juve in what will be his fourth season.

Despite his 29 goals, which made him the top scorer in Serie A last season, Juve finished fourth.

Juve will play Monza in the Silvio Berlusconi Trophy on Saturday before facing Barcelona in the Joan Gamper Trophy on August 8 at the Camp Nou, a match that could see a possible confrontation between Lionel messi and Ronaldo.

The Bianconeri kick off the Serie A season with a visit to Udinese on August 22.