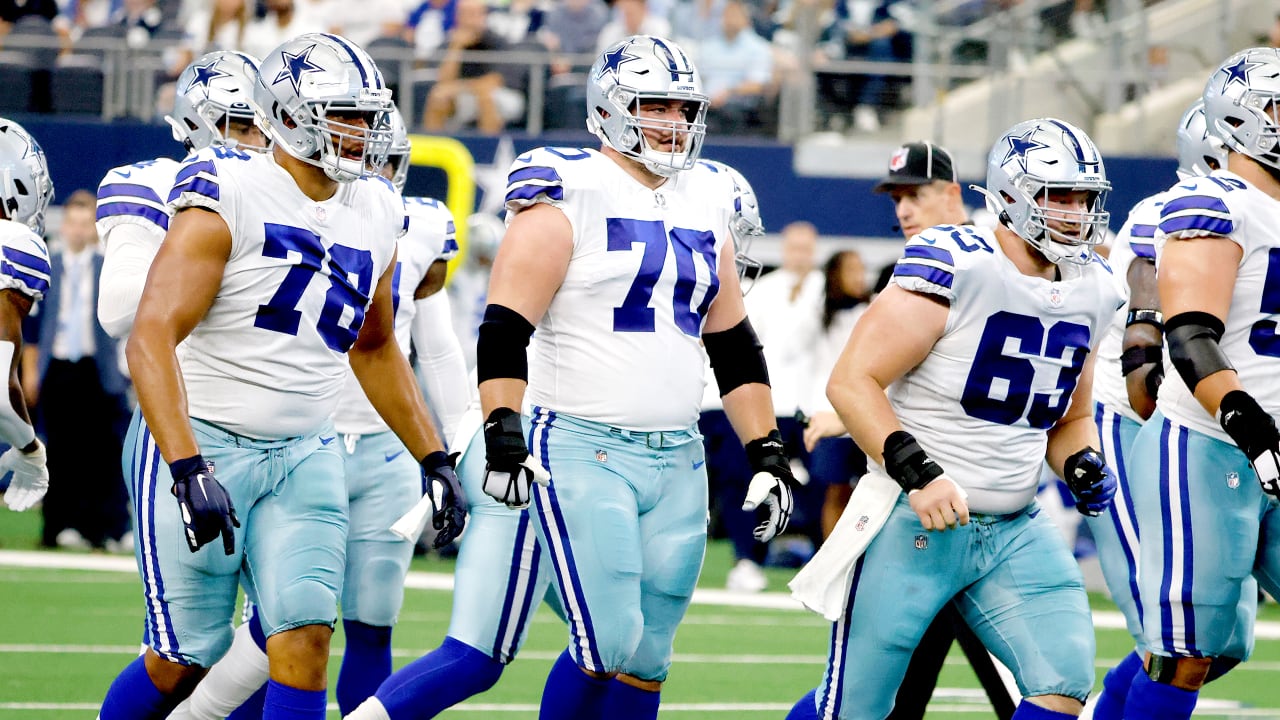 FRISCO, Texas – The silent reconstruction began already on the offensive line. At least that’s how it should be considered when at least two-fifths have already left the Dallas Cowboys.

La’el Collins was released Thursday, though it will be a post-June 1 appointment to open $10 million in salary cap.

The starting right tackle in four of his seven NFL seasons was joined by Connor Williams, who had been the top left guard for basically the same number of years, since arriving in the second round of the 2018 Draft.

Collins is now looking for a new team and is likely to find it soon, despite the fact that for more than a week it was impossible for the Cowboys and for the player himself to find a suitable trade.

Be careful, it’s not like nobody wanted Collins either. Quite simply, a good part of the reason he went to court has to do with dollars, cents and the salary cap for the Cowboys and any interested team.

Williams already found accommodation and quite comfortable. He signed a two-year deal with the Dolphins for $14 million. Yes, a good amount for the player who committed the most penalties on the Dallas offensive line, in quantity and quality; that is, at the least opportune moments.

The Cowboys are clear that when preseason camp begins in late July, Terence Steele will arrive as their starting right tackle after getting what former coach Bill Parcells considered his most expensive opportunity, game-day replays.

For one reason or another, Steele has pretty much been a starter since he arrived as a rookie free agent before the 2020 season, when he started 14 games in place of Collins, who was rehabbing all season from hip surgery.

In 2021, Steele started 13 games, starting with the second when he replaced Collins for a five-game suspension related to a substance abuse rule violation. He also played left wing, backing up Tyron Smith through injury.

Steele showed exponential improvement from the first to the second year. He worked hard to achieve it in all aspects. It’s not like the Cowboys have an absolute guarantee on him, either. But 27 starts in his first two seasons are worth many times more than a first- or second-round pick.

They’re hoping Connor McGovern will finally make the leap of quality at left guard they missed when he got the chance to play starting left guard in four games, when Williams ran out of patience with his punishments on the offensive coaching staff.

Eventually, Williams had to return to the starting job and McGovern to his auxiliary blocking duties largely playing out of the backfield at fullback or down the line at tight end.

Yes, before the questions and festivities begin, Isaac Alarcón plays left guard or at least was at that position last year. But he has to worry about getting a spot on the 53-player roster first, before thinking about other things…

The Cowboys also have to start thinking seriously about replacing left tackle Tyron Smith, 31, who hasn’t played a full season since 2015 due to various injuries, albeit with a neck.

Tyler Biadasz started all 18 games in 2021, including playoffs, at center in just his second year in the league. However, his detractors consider that it is not the solution that the Cowboys need. Perhaps the team feels similarly, since they tried to make center Williams and McGovern at some point in the past two seasons.

Thus, the only player who is at the highest level and was even considered an All-Pro in 2021 is right guard Zack Martin. But he is already 31 years old and his blows are beginning to feel worse and worse.

It seems like it was in another life that the Cowboys had the best offensive line in the world. The one that helped DeMarco Murray and Ezekiel Elliott become leaders in rushing yards gained; the same one that helped Dak Prescott plant himself to pass and review all his options and the one that caused him to perhaps become a habit of holding the ball too much.

The Cowboys have to accept rebuilding the offensive line from the draft, like they did when they had their best success at those positions last season. If they want to go back to the days of signing expensive linemen in free agency, without great success, it will only cause problems on and off the field, if you also consider the salary cap.

The problem is that the Cowboys still have a window of opportunity with an explosive young offensive backfield that needs more help from their line right away.

And young offensive linemen will always have their own growing pains, unless they’re named Smith, Martin or Frederick…