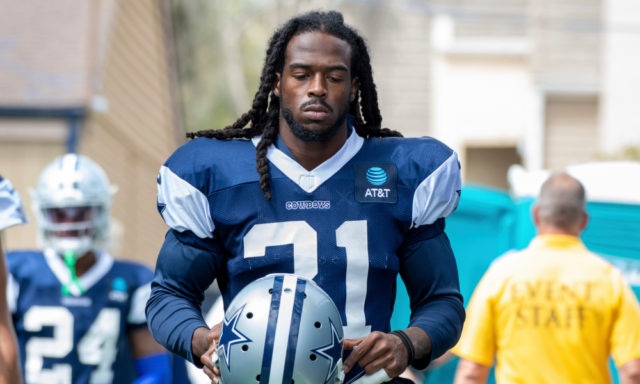 Dallas is not known for being a franchise that spends a lot of money in free agency. If it does, it is to retain some of its own elements, so it is very possible that they will continue with their policy of looking for veterans at a low cost. Either way, it’s a very important part of roster building. That’s why we’ll be looking at real possibilities that will be available when the new NFL schedule kicks off on March 16. Today: cornerbacks.

Which cornerbacks are under contract in 2022?

Which ones will become free agents?

The cornerback job was a glaring urgency last season. Having the 10th overall pick was a good opportunity to find a starter there, though waiting until the draft would have been a mistake. That was proven when the two favorites of the franchise were chosen just before. For that reason they chose to retain both Anthony Brown and Jourdan Lewis.

The veteran presences ultimately served a lot. Brown in particular had games against the Buccaneers and Raiders that were very concerning. However, in general, his function was fulfilled quite well. The same thing happened with Lewis on the occasions that he entered as a CB slot.

One issue no one had anticipated was Trevon Diggs’s flashy explosion. While he had done well as a rookie, the jump he made in his second year was too big. From week 1 he stood out as a true play-maker in the entire NFL, not just in the Cowboys.

Diggs led the league in interceptions with an amazing 11. His aggressive style often caused him to be burned for considerable advances, but the impact a pick has on the development of the contest was worth the risk. For example, the score he got against the Patriots in the decisive moments marks the importance of him.

Individual awards rounded out what was an outstanding performance. The cornerback was named a first-team All Pro, earning more votes than an established superstar like Jalen Ramsey. Logically there are always things to improve in his arsenal of tools. Especially since he is just at the beginning of his career.

The good thing about the current roster situation is that you won’t have to pay much for a cornerback in free agency. A relevant detail is that the adaptation of Kelvin Joseph to the league is also in the plans. Joseph was taken in the second round of the draft just like Diggs the year before, so there’s reason to think he could be a solid piece.

The NFC East could give Dan Quinn a good option. Although Nelson occasionally allows deep passes, that particularity is also seen with Diggs. He obviously doesn’t have the level of the Cowboys’ cornerback, but he could be an interesting addition to the group. Mainly because that part of the roster has plenty of young players available.

Nelson doesn’t have the physical build management has sought in recent years. However, he compensates for that reality with great competitiveness. Although the ideal scheme would be one based on zone coverage, it can hold up in individual assignments with lots of wide receivers.

The Indianapolis Colts cornerback is far from his best. The production in the 2021 season was considerably less than in 2020 when it had had a resurgence in its trajectory. Still, he could be a good acquisition for his experience. While it’s no longer a smart idea to leave him on an island against a wide receiver, he has a few things to contribute.

Rhodes is a very experienced player who covers certain gaps with experience. He, in turn, has the size the franchise sought in the last draft with tall cornerbacks. In zonal lineups he may be very valuable for reading him. One issue that makes it an opportunity is that his cost is likely to be low at the time of his career.

An alternate prototype would represent the CB of the Titans. In this case it would be someone in charge exclusively of the interior area. King is a nickel or slot who can’t contribute outside, but there is value in that role on defense. For now, he would be an excellent tool to collaborate in the running game. A very interesting situation is that he had a more than acceptable production on the ball. Last season he had three interceptions along with a forced fumble. The price will be very accessible if they hire him.