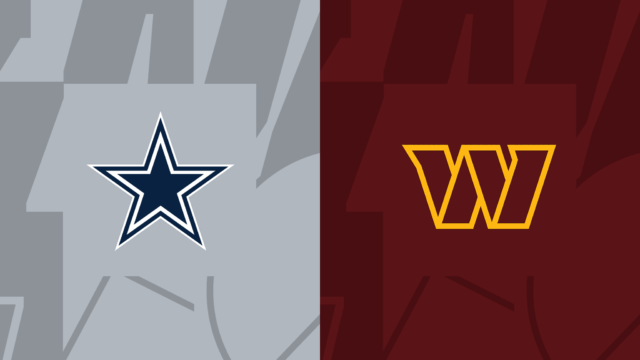 Dallas will have this Sunday the great opportunity to get another win against an opponent with many drawbacks. With Cooper Rush as quarterback, he achieved two decisive victories so as not to fall behind in the race for the division. Although this duel will be very important especially for what awaits him later. Those visits to the Los Angeles Rams and the Philadelphia Eagles in an SNF will present tough challenges. For this reason, you must leave with total concentration.

The obvious strength the Cowboys possess this season is in their defensive forwards. Micah Parsons’ performance should not be normalized because he is extraordinary. However, a leap forward from last year points to his teammates. The fantastic linebacker is no longer alone in pressing the opposing quarterback.

The results of that situation are being seen consistently. If it’s not Parsons, DeMarcus Lawrence shows up. When he has a favorable matchup Dorance Armstrong even produces blocking field goals. Rookie Sam Williams showed flashes of his potential. That is also complemented by the good current of defensive tackles.

In that context, the unit leads the entire league with 13 sacks. This will be relevant because they will be facing one of the worst offensive lines of these three weeks. Washington is in fact the team that allowed the most sacks with 15. The contrast of a dominant area with a weak sector could be what generates a huge disparity between the two.

Carson Wentz was sacked 6 times in the first half.

Most a Washington QB has been sacked in the first half since 1991 pic.twitter.com/vi85ISl5Qv

Until recently, the Commanders had a defensive front that was among the most fearsome in the NFL. In 2021 their level completely disappointed and now they are trying to get back to that productivity. But clearly therein lies the point with the unit’s talent. While Chase Young isn’t quite ready to return yet, they do have some interesting tools.

The tackling duo in particular is possibly the place to pay the most attention. The Daron Payne – Jonathan Allen combo can wreak havoc on a good day. Especially since the Cowboys still don’t have that much security between center and left guard. Veteran Jason Peters entered New York on Monday on 14 snaps, though it is believed he will be included in the lineup again for a limited number of actions in Week 4.

This duel will be the most important for the offense. Rush with time to cast is proving to be very reliable on the targets he picks. That is precisely what the linemen are doing. In his only two starts, he hardly received a catch, so the work he has done so far has been outstanding. If the quarterback gets pressured too often he could start to mess up the game.

It was time for the Commanders defense, and they answered!

Points on the board for Washington at last! #HTTC | @94yne pic.twitter.com/ewtrE8WH12

The quarterback on each team he competes on emerges as the wild card of the offense. In the good games he has very interesting highlights. When he shows that version the team usually has a certain efficiency. However, his great weakness is the ups and downs he has. It is almost impossible to know what kind of performance he will have from one Sunday to the next. The current season proves it perfectly with levels that are too dissimilar.

Wentz had an acceptable part in Washington’s win over Jacksonville. Although later productions worthy of his last two years came both against the Lions and against the Eagles. With the quality of wide receivers that the defense has, it cannot be neglected because it is notorious that they have the talent to hurt any cornerback.

One QB issue that greatly benefits Dallas’ style is the time it takes to get rid of the ball. He many times holds the ball waiting for a possible breakthrough to develop instead of going with his escape valve. In this situation, the only thing he does is give extra seconds to those in charge of pressuring him. Parsons’ speed will be a factor for Wentz to consider. If this is not counteracted, another large number of captures will arrive.

Carson Wentz has been sacked at least 8 times in a game twice in his career:

Washington has a good defensive line capable of putting pressure on the quarterback. However, they are using a fairly high number of blitz to break through with the passers. His 34.1% per dropback ranks sixth-highest in the league. For that reason it will be a situation to take into account for the offense. The one who is carrying out those loads with the greatest danger is Jamin Davis.

The linebacker selected in the first round of the 2021 draft leads his team with three sacks. He logically is not the only one used by the Commanders, but the LB Cole Holcomb is the other piece chosen for those movements. Both total 13 blitzes each according to Pro Football Reference, so they could be an x-factor that balances everything out.

Brokers emerge as partly responsible for that issue. There is no doubt that Ezekiel Elliott is excellent in this area. However, Tony Pollard has improved a lot in this very important area. Polllard topped 100 rushing yards on Monday night, but he was also a star in blocking a rush up the middle. They should be on the lookout for adding protection for Rush.

Davis finds clear space in front of him as he blitzes Jared Goff, bringing up 4th down!#HTTC | @jamindavis25 pic.twitter.com/xuOM0ahh64

Wide receivers are arguably the most talented sector on the Washington Commanders’ roster. Terry McLaurin was handed a three-year, nearly $70 million contract with $53,154 guaranteed in the recent offseason. In the rookie Jahan Dotson they invested the 16th overall pick in the last draft so it could give them the opposite of the main option. Although Wentz’s preferred target for now was another WR on the roster.

Samuel surprisingly leads the team in receiving statistics. His 22 totals are even 10 more than McLaurin, so it’s clear the quarterback trusts him. What’s interesting about this wide receiver is that he’s being lined up in multiple locations. Considering that Trevon Diggs is likely to follow WR1, he will be assigned to the other cornerbacks. He will represent a relevant task for Anthony Brown or Jourdan Lewis to control him.

Curtis Samuel has out-targeted Terry McLaurin in each of Washington’s three games this year.