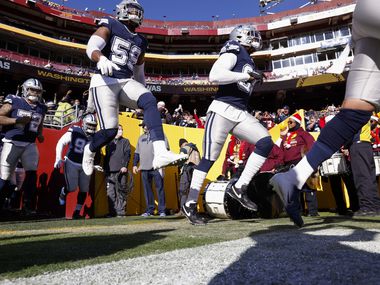 What you are about to read about the Dallas Cowboys sounds absurd.

But it is not the result of too many cocktails or smoking the type of cigarettes that is legal in Nevada, California, and some other states.

In reality, it is the result of the sport being fluid and what is true in August is not necessarily true in December.

So here it goes: The Dallas Cowboys have a championship-caliber defense.

In the playoffs, Dallas will compete against some of the best quarterbacks in the NFL like Tom Brady, Aaron Rodgers, Kyler Murray or Matthew Stafford.

Those quarterbacks won’t provide many opportunities to make a big play, so when they make one mistake, the Cowboys should take advantage of it because they may not make another.

We know that quarterbacks under pressure make mistakes, and Dallas has players on defense who are asking to exert a lot of pressure.

For years, DeMarcus Lawrence has been the only consistent playmaker on defense, but now he has company.

You saw what the Cowboys defense did against Washington with all their players healthy and available for the first time all season.

They limited Washington to 224 yards, while recording five sacks and forcing four turnovers.

Jourdan Lewis led the team in tackles and added a forced fumble with a fumble recovery.

The Cowboys have 27 recovered balls, second in the NFL behind Indianapolis’ 29.

They haven’t had as many balls recovered in the first 13 games since 1999.

Those recovered balls are leading to points.

The Cowboys defense has scored five touchdowns, the most in the league, this season.

When the season started, we all thought that if the defense was adequate it would be good enough for the Cowboys to make a deep run in the playoffs because we assumed offense would dominate.

The offense is murky as Dak Prescott goes through a prolonged low game.

They are much more talented. Last year, through 13 games, the Cowboys had five interceptions and 24 sacks.

Right now, they have 20 interceptions and 31 sacks.

Suddenly the Cowboys have a lot of guys who can do that.

It is what makes them contenders.

Cowboys: Defense has become the strength of the team and that is a surprise