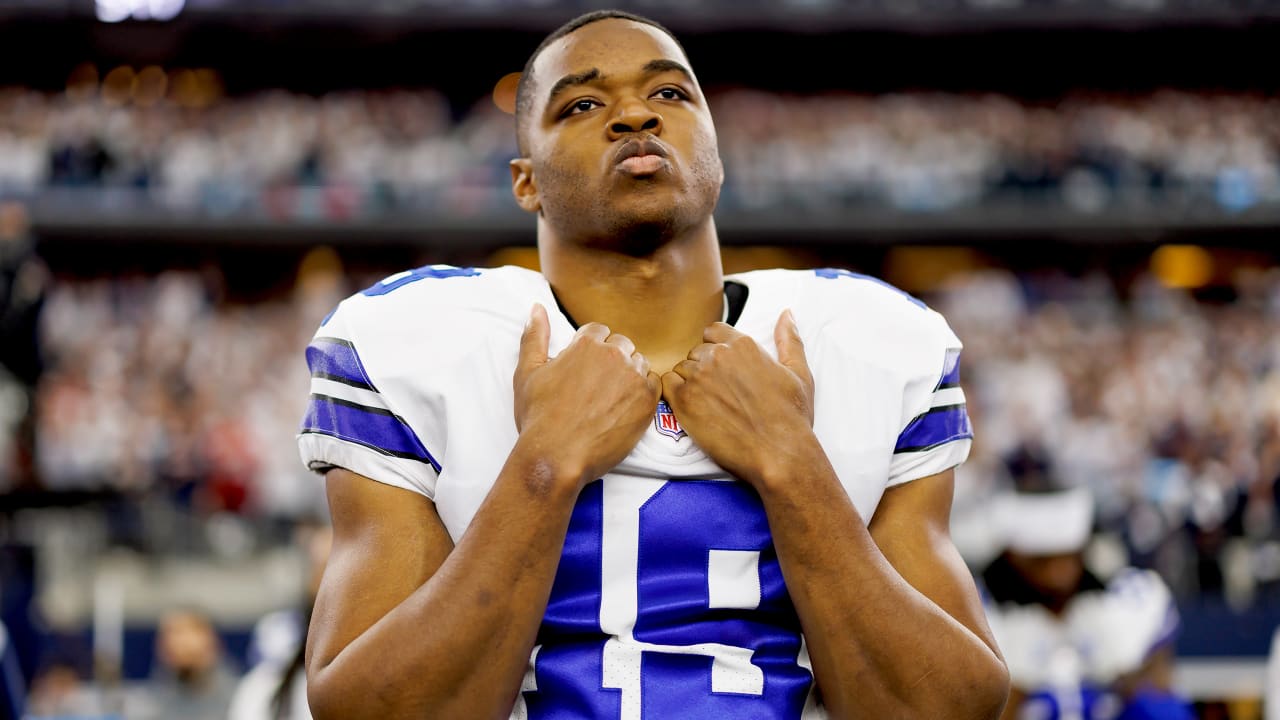 FRISCO, Texas – The Cowboys are in advanced talks with the Browns about a trade that would send 4x Pro Bowler wide receiver Amari Cooper to Cleveland.

Multiple reports on Saturday say the Cowboys are expected to trade Cooper and a sixth-round draft pick to the Browns for a fifth-round and sixth-round pick from Cleveland. However, nothing has been finalized yet and a trade may not be completed until the start of the new league year on Wednesday.

Cooper’s $20 million base salary for 2022 would have been guaranteed if he was on the Cowboys’ roster by the fifth day of the new league year (March 20).

In an interview at the NFL Scouting Combine two weeks ago, Cowboys chief operating officer Stephen Jones said it was “too early” to address Cooper’s status for 2022.

“We’re still having conversations,” Jones said. “A lot of things affect that. Obviously, we’ve been very lucky to have those three big receivers on our roster. Obviously, that’s hard to keep doing under a salary cap.”

Jones was referring to Cooper’s starting trio, Michael Gallup and CeeDee Lamb, who will enter the third year of his rookie deal in 2022. Gallup and Cedrick Wilson, a standout No. 4 receiver the past two years, have rookie contracts. that expire.

The Cowboys have had talks with Gallup about an extension and would also like to re-sign Wilson. Still, the wide receiver corps will look different without Cooper, who has been the No. 1 receiver on offense since the Cowboys traded a first-round pick for him to the Raiders midway through the 2018 season.

But cap space has been limited this offseason, and the Cooper trade creates $16 million in cap space before the start of free agency next week.

It also means Lamb, the Cowboys’ 2020 first-round pick, moves into the No. 1 wide receiver role after making his first Pro Bowl last season with a team-high 79 receptions for 1,102 yards and a team-high 6 touchdowns.