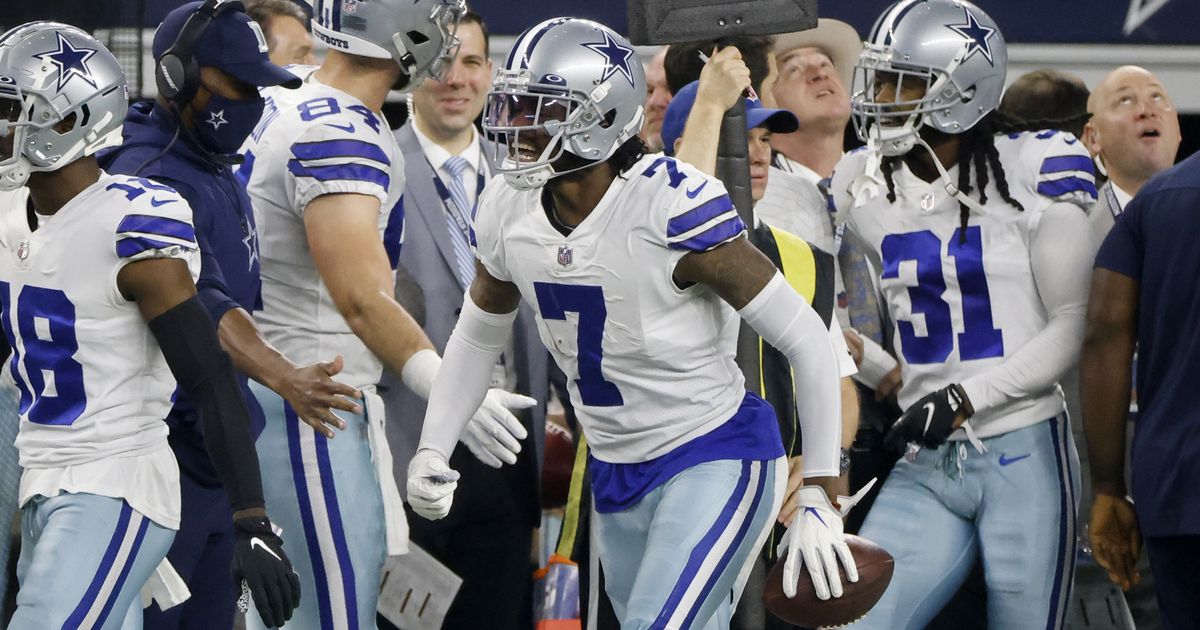 The Cowboys clinched the National Conference East Division championship Sunday by prescribing an epic 56-14 beating of the Washington team at AT&T Stadium in a game in which Trevon Diggs and Micah Parsons made franchise history. Dallas

The Cowboys had already clinched a playoff spot Thursday night thanks to the Tennessee Titans’ 20-17 win over the San Francisco 49ers.

With the divisional title in their possession, the Cowboys now have the second-best record in the National Conference at 11-4, tied with the Tampa Bay Buccaneers and the Los Angeles Rams.

With two games to go in the regular season, the Green Bay Packers have the best record in the National Conference at 12-3.

The lowest that the Cowboys could fall in the seed of the teams that will play the postseason is to the fourth position so it is already certain that they will hold at least one playoff game in their stadium.

Under the current postseason format, only the No. 1 seeds in each conference receive a bye in the first round of the playoffs.

The other six teams from each conference meet on Wild Card Weekend.

A win in each of their last two regular-season games would give the Cowboys their best record since 2016, a season that ended with 13 wins and three losses.

“It’s good to see the dividends our work pays in training, we are very excited about the position we are in,” Cowboys head coach Mike McCarthy said after the game.

That was the 11th intercepted delivery of the season for the Dallas cornerback.

With that action, Diggs became the second player in franchise history with the most passes intercepted in a season, matching the record that Everson Walls set in 1981.

Diggs ‘intercepted pass became Dallas’ first touchdown of the game with a five-yard pass from Dak Prescott to Ezekiel Elliott.

Heincke was intercepted again in the first quarter of the game, this time by defensive end DeMarcus Lawrence, who took the ball in his hands to cross the enemy diagonals after rushing 42 yards.

With that score, Dallas went up 21-0 on the scoreboard, enough advantage to seal its victory against 93,482 fans present in the stadium, who were given a white towel to support the team, and a national television audience that he witnessed the game in primetime on NBC.

“The energy that was experienced today in the stadium was very special, the fans did a great job supporting the team, waving their white towels all the time, it was a great atmosphere,” said McCarthy.

Another Cowboys defender who made history Sunday was rookie linebacker Micah Parsons who had 13 sacks at quarterback, the highest number of sacks in a season in franchise annals.

On offense, the Cowboys destroyed their rival on duty with Prescott throwing four touchdown passes and racking up 330 yards after completing 28 shipments on 39 attempts.

With the game already decided, Prescott abandoned the actions on the field in the final minutes of the third quarter to let Cooper Rush manage the team’s arsenal.

The 42-point margin in their victory Sunday is the Cowboys’ largest in the rivalry against the Washington team that began in 1960.

The next game for the Cowboys will be on Sunday, January 2 at AT&T Stadium against the Arizona Cardinals.

Cowboys beat up Washington and is division champion; Diggs and Parsons make history