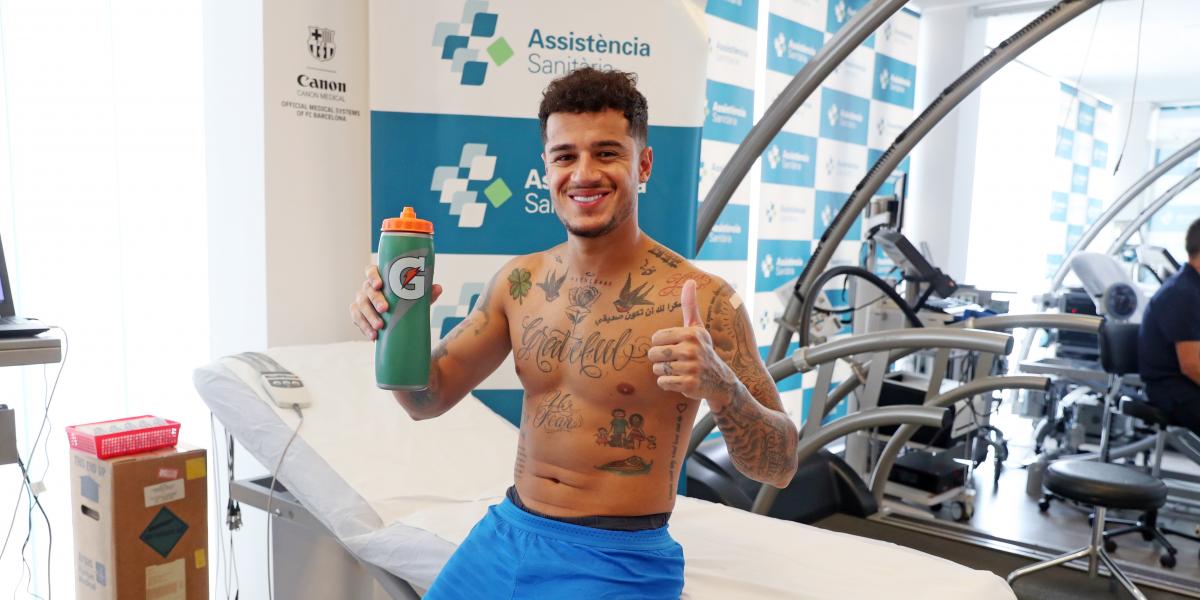 Philippe Coutinho (28 years old) is rushing the last terms of his recovery after the operation on his left knee that he underwent last April. The Brazilian midfielder is struggling to return to the pitch after a season, the last one, in which he started excited about the trust he placed in him. Ronald Koeman But it was twisted in December due to those knee problems, which were later increased by the appearance of an annoying cyst in the injured joint. Between some and other problems, he no longer played anything throughout the year with Barça and he could not participate with Brazil in the last Copa América.

Now, Cou wants to come back strong. Despite his last few months absent, he continues to maintain his status as a crack and wants to regain his aura as an important player. Precisely the one that earned him to sign for Barça and, later, to request his loan in 2019 the Bayern Munich, with which he was proclaimed European champion in 2020, crediting a remarkable performance.

In any case, what Coutinho wants is to feel like an important player again. And the Tottenham English can give you an opportunity to try it in a powerful club, established in the Premier League and that will need to excite its fans depending on what happens this summer. And the thing is that Spurs have Barça’s Brazilian midfielder on their agenda in case they finally end up selling to Harry Kane to the City. The English international has been forcing his departure for a couple of days, not showing up for training and pressing internally for Tottenham to give the green light to his transfer to the club. Pep Guardiola.

Tottenham do not want to lose their reference striker but they know that when a star of that level makes a decision of that caliber, it is difficult to retain him. In any case, the English club is maintaining a position of strength that, at least, allows it to force the Manchester City to leave a lot of money if you want to take away your star. In England there is talk of between 150 and 180 million as the amount that the ‘citizen’ club would have to pay to sign him.

With that money, Tottenham could choose several level players to reinforce all their lines. In the case of Coutinho, it could be in the form of a transfer or paid assignment, paying a rent for the Brazilian – who has a contract until 2023 – as Bayern Munich already did with him.

Barça’s Brazilian agent, the always well-connected Kia Joorabchian, knows that Tottenham is attentive to his player and has also moved along that line. The intention of Kia is that his footballer returns to the elite, to the first level, and in the Premier League he left a great memory thanks to his excellent performances in the Liverpool, another club that also has you on its radar. If he finally gets rid of any of his ‘heavyweights’, Jürgen Klopp also looks askance at a Coutinho that he could enjoy little.

Meanwhile, at FC Barcelona they highly value the quality of Coutinho in the sports area of ​​the board, while at Koeman he likes and Mateu alemany he does not intend to underestimate it or let it go at a bargain price. In any case, they are clear that if a very good offer arrives for the Brazilian international, and that he is convinced, both a sale and an assignment can be raised without problems, as long as it satisfies both parties.

At Barça they believe that in the last two weeks of August the market will heat up and there will be clubs that will look for a star who plays a secondary role in their club. At the Camp Nou it is not ruled out that this happens with Coutinho and they already know that Tottenham is one of the clubs that has him on their list of possible reinforcements. If he loses Kane, and taking into account that he does not already have the media and yielded Gareth Bale, a crack like Coutinho would do very well if he is recovered.