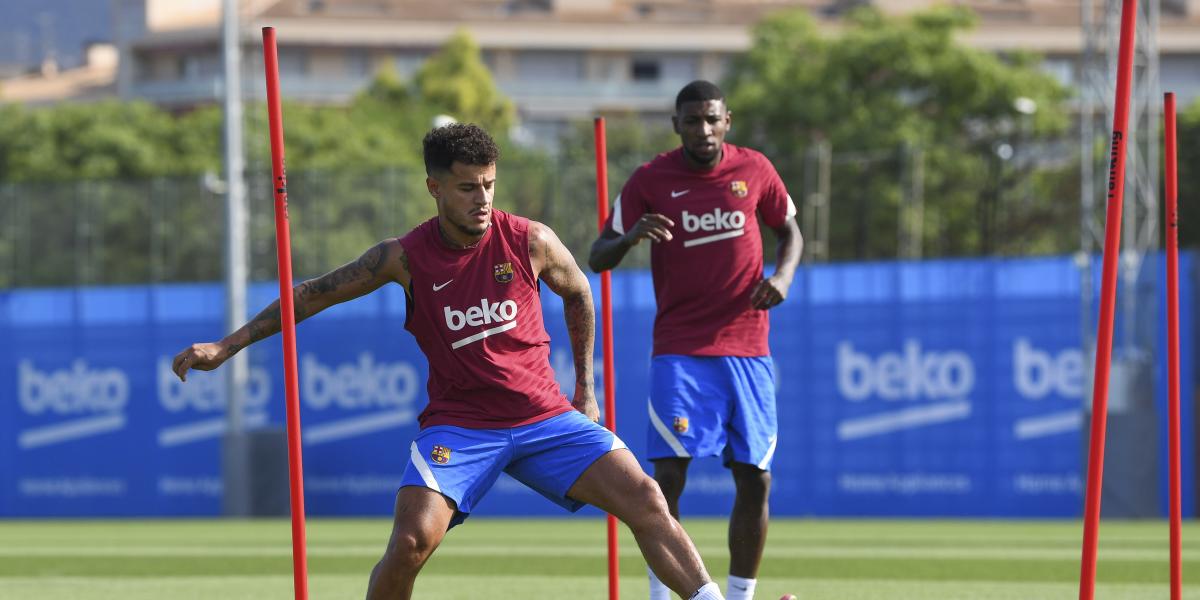 Philippe Coutinho he is already in the final stretch of his recovery. So much so that the FC Barcelona estimates that among his injured players, the Brazilian international will chronologically be the first to be fully available to the coach Ronald Koeman, even for the start of the League in less than two weeks. The progress in his left knee is evident and yesterday ‘Cou’ worked with his compatriot and new signing Emerson Royal in a training session at the Ciutat Esportiva in which the Brazilian already touched the ball. Career and physical work completed a circuit that day by day is increasing in intensity. All, with the clear objective of arriving in the best condition at the next official start of the season.

The panorama, therefore, is clearing for a player who has been living hard months. Coutinho is a footballer that Koeman likes and the club itself has already transmitted that it is not looking for a team based on Koeman’s own faith in his contribution. In addition, Barça does not want to underestimate a footballer who was a transfer record in the history of the entity nor does it intend to give it up by paying an important part of the card.

At 29 years old and with a contract in force as a Barça player until 2023, Coutinho counts today for Barça in his sports plan, if not immediate, then very close.

Another thing is that if he plays and in the final stretch of the market a club makes an interesting proposal, then the player and the club can sit down to assess what should be done.

The reality at this time is that in the race for the comeback Coutinho is clearly the first among the footballers who are still out. To the goalkeeper Marc André Ter Stegen he would be expected, if everything runs its course, for the resumption of the League after the first break FIFA in September and forward Ansu Fati There is no pressure, but his return to the fields seems to be the nearest end. What of Ousmane Dembélé goes for longer.