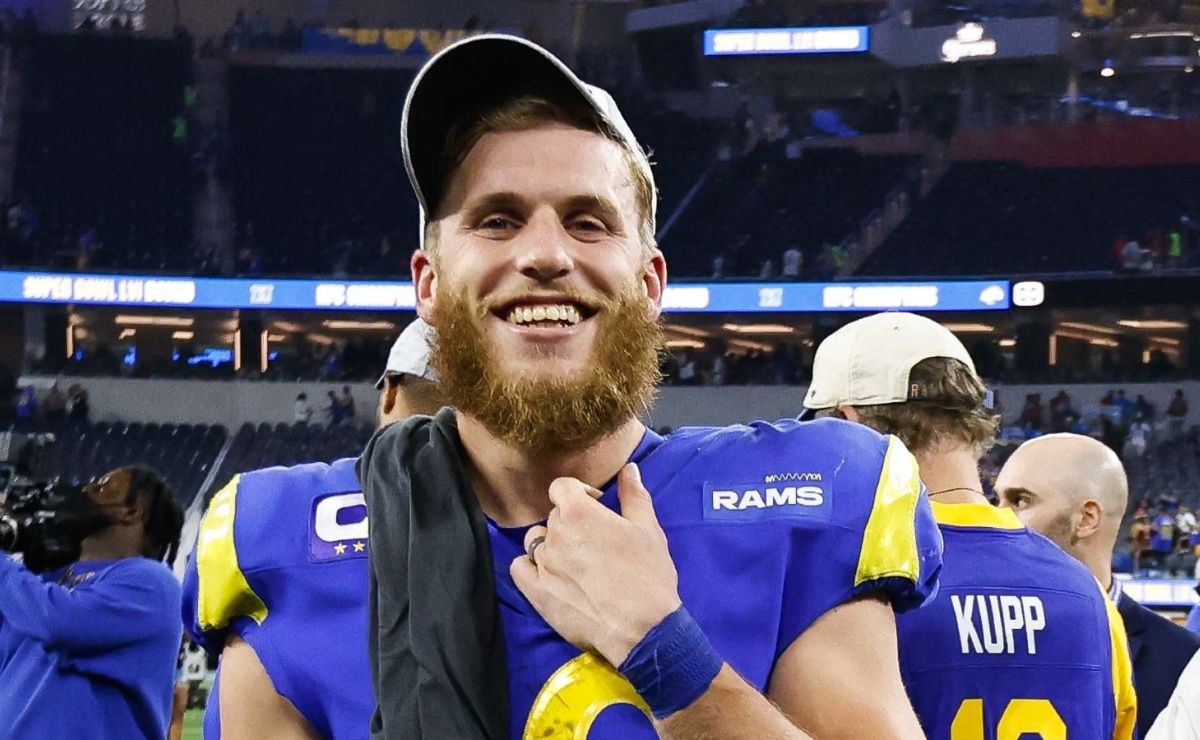 cooper kupp It was a fundamental piece for Los Angeles Rams they will win the Super Bowl LVIwhere he caught important passes that helped get the win.

The 2021 season will be remembered for the Rams’ win and for Kupp’s performances as he became one of 12 receivers to lead the NFL in receptions, yards and touchdowns in the same season.

But when he was in college, making it to the NFL seemed impossible because many teams thought he didn’t have the physical skills to succeed and wasn’t facing the best college players in the United States.

No one looked for him in high school

Despite having strong performances in high school, none of the Division 1 colleges in college football sought him out for their team.

Kupp had to go to Eastern Washington, a Division Two college, and put in good performances, but his dream of going to the NFL seemed a long way off.

But his motivation to achieve his dream was to help his wife, Anna Croskrey, because she was in charge of supporting them.

While he pursued his dream, Anna studied and worked in a restaurant; Kupp thanked on many occasions the sacrifice his wife made for him to reach the NFL.

There is no question in my mind, not only would I not be here where I am today without her or without accomplishing the things that I would be doing. I really think I couldn’t be in this. I might not be in the NFL if it wasn’t for her and what she inspired and motivated me to do,” Kupp said in an interview with ESPN about what his wife’s sacrifice meant to him.

Arrival in the NFL

After breaking several records in the second division of college football, Kupp entered the NFL Draft, but many teams did not consider him to have what it takes to succeed in the league.

The Rams did not think the same and chose him in the third round of the 2017 NFL Draft; he started as the team’s fourth wide receiver, but slowly worked his way into the starting lineup.

His second season, in 2018, was the first that he showed his best level, but he was unable to finish it due to an injury to the anterior cruciate ligaments in his knee.

For 2019 he returned, although it took him a while to recover his best level; in 2020 he didn’t have the same impact as the Rams’ offense struggled to score and it wasn’t until 2021 that he became one of the best players in the NFL.

He finished as the NFL leader in yards, receptions and touchdowns; he helped the Rams qualify for Super Bowl LVI, where he had strong performances in all three playoff games.

In Super Bowl LVI he was the hero by catching eight passes for 92 yards and two touchdown passes; his great performance was awarded with the Most Valuable Player Award of the match.

Cooper Kupp, from being wanted by no team to being MVP of Super Bowl LVI