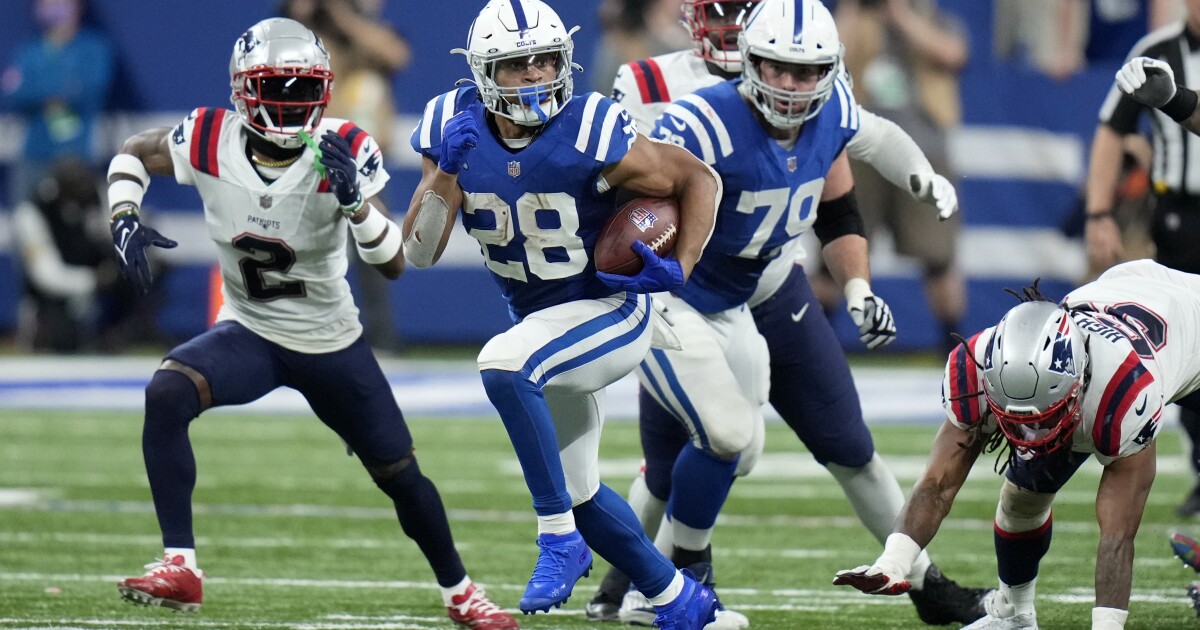 INDIANAPOLIS (AP) – Frank Reich, head coach of the Indianapolis Colts, challenged his players to show everyone that they are more than just a playoff-contending team.

Saturday’s impressive win over New England made it clear that the Colts were worthy postseason contenders.

Now for the tricky part – doing it again the next two weeks against opponents who have playoff aspirations.

The Colts have certainly been at their best in recent times.

But if the Colts can replicate what they did against New England in the next two weeks, in Arizona and at home against Las Vegas, they will finish the season in Jacksonville, perhaps with a berth already secured in the playoffs.

Indianapolis was lifted from an uncertain start thanks to a formula with proven results.

Jonathan Taylor (1,518 yards) is the NFL’s solo leader in rushing yards. His closest pursuer is Cincinnati’s Joe Mixon with 1,094. Taylor also leads the league with 19 total touchdowns, the most recent being a 67-yard breakaway that sealed a 27-17 victory over the Patriots with 2:01 to play.

The Colts defense continues to set the league standard with +14 in turnover differential and is tied with Dallas for most steals (31).

To this must be added an offensive line that has only allowed 94 quarterback sacks since 2018, and a team that week after week gains in confidence.

All they have to prove is that Saturday’s victory was not the work of chance.

Block kicks. Indianapolis has blocked two punts in the last five games and linebacker EJ Speed ​​returned both for a touchdown. He is the first player to do so since Ed Reed in 2003, and there are still three games on the regular schedule.

WHAT SHOULD BE IMPROVED

The air attack. While Taylor has shown he can carry the offense, the Colts probably need Carson Wentz to be more effective than he was against New England. He completed 5 of 12 passes for 57 yards with a touchdown and an interception on Saturday.

Colts follow an old formula to fight for the playoffs