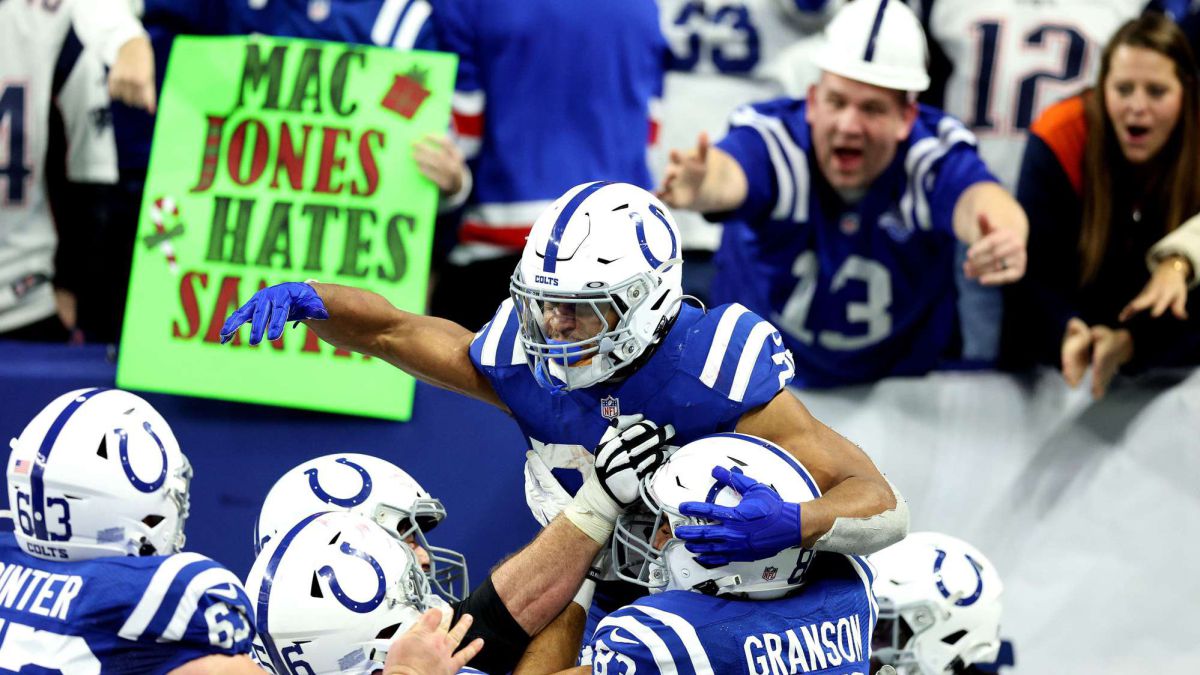 The New England Patriots had won the last eight games against the Indianapolis Colts, but running back JOnathan Taylor and the defense made things different on Saturday Night of Week 15 of the 2021 NFL season and the Colts were victorious 27-17.

The first offensive series of both teams ended in punts, but in the second opportunity, the Colts put points on the scoreboard thanks to a short pass from Carson Wentz that Nyheim Hines converted into a touchdown after running eight yards.

On the next march, Indianapolis special teams showed up. Matthew Adams blocked Jake Bailey’s punt and EJ Speed ​​recovered the ball in the end zone to give the Colts another touchdown.

The Colts increased their lead with a 25-yard field goal from Mike Badgley with less than five minutes remaining in the second quarter. Before the first half was over the Pats marched to the red zone, but the offensive series was unsuccessful. Darius Leonard intercepted a Jones pitch at the Indianapolis 3-yard line.

The second half started with New England on offense. Regrettably, Jones threw his second interception of the game. Linebacker Bobby Okereke, one of the ASeguir players, intercepted the Alabama rookie pitch and carried the ball to the Patriots’ 20-yard line. Indianapolis earned three points on a 41-yard kick from Badgley.

After a turnover on downs by the Pats and a missed field goal by the Colts, New England opened the fourth quarter with their first score of the game. Mac Jones found Hunter Henry in the end zone for his eighth scoring connection of the season.

The New England defense stole the ball immediately when Devin McCourty intercepted a Wentz pitch that Jamie Collins deflected. The Pats had three points on a 25-yard field goal.

After another Mac Jones touchdown with Hunter Henry that made it 20-17, Jonathan Taylor sentenced the game with a 67-yard carry in which he reached the diagonals without being touched by the Pats’ defenders.

In Week 16, Colts will travel to Arizona to face the Cardinals next Saturday at State Farm Stadium; for his part, lThe Patriots will host the Buffalo Bills at Gillette Stadium on Sunday at 1:00 p.m. ET.

Colts beat Pats on Saturday Night thanks to Jonathan Taylor