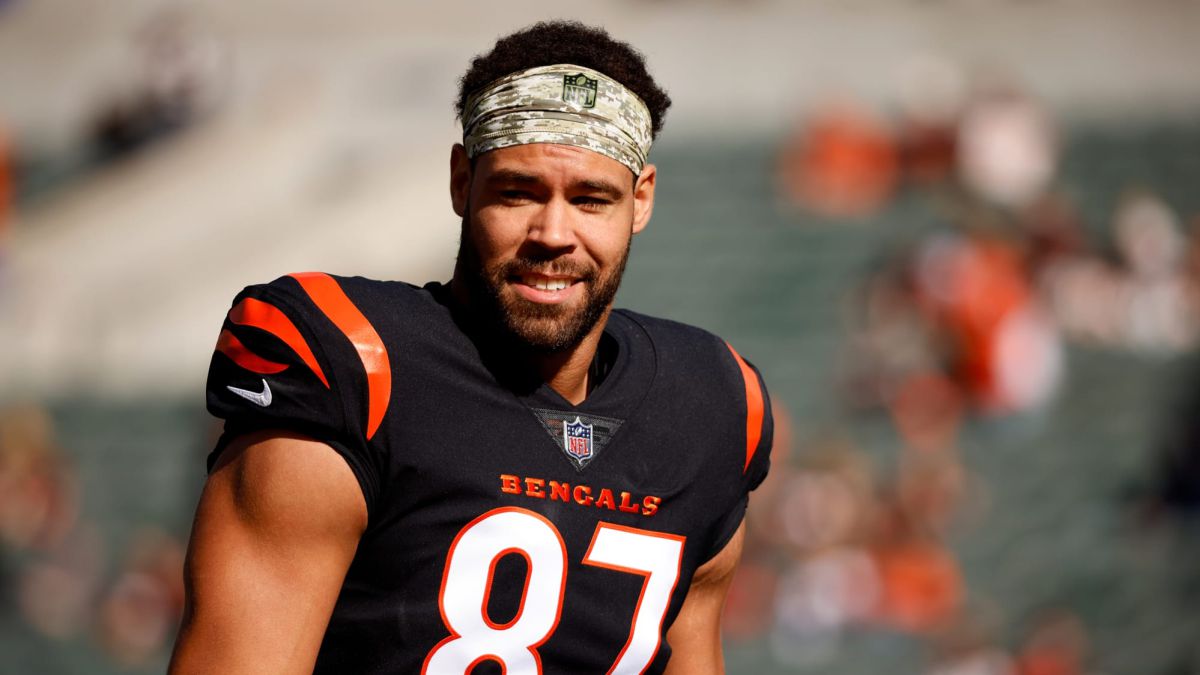 The Cincinnati Bengals lost the tight end CJ Uzomah after nine plays in the AFC Championship Game with a knee injury. However, the player he’s looking forward to playing in Super Bowl LVI against the Los Angeles Rams.

During Monday’s press conference, Uzomah was asked if he would be on the field on Sunday, and replied, “It’s the Super Bowl, I’m doing my best. To be honest, I don’t really care how I’ll feel when I’m there. I will not miss the most important game of my life. If I wake up and feel sore it doesn’t matter”.

In the last injury report Uzomah appears as questionable along with pass rusher Cam Sample and defensive tackle Josh Tupou. Despite this, the tight end takes his injury in stride.

“Day by day, in my mind the answer is yes, but for the sake of everyone else I will say that it is something that I take day by day. It has been a long process, waking up early in the morning and sleeping late just to rehabilitate myselfBut I feel good, really good,” Uzomah said.

During the postseason Uzomah has been a reliable target for Joe Burrow by catching 13 of 16 passes thrown his way for 135 yards and a touchdown.

YOU MAY BE INTERESTED: Joe Burrow seeks to be the fourth quarterback to win the Super Bowl during his second year

Uzomah has been with the Bengals since 2015.when he was drafted in the fifth round out of Auburn. In his early years as a professional he competed with Tyler Eifert, Tyler Kroft and Drew Sample on the Cincinnati depth chart.

2021 was his best season as a professional as he set personal bests in yards (493), receptions (49) and touchdowns (5). according to Pro Football Reference24 receptions by Uzomah meant a new first and ten for the Bengals.

CJ Uzomah: I wouldn’t miss the biggest game of my life