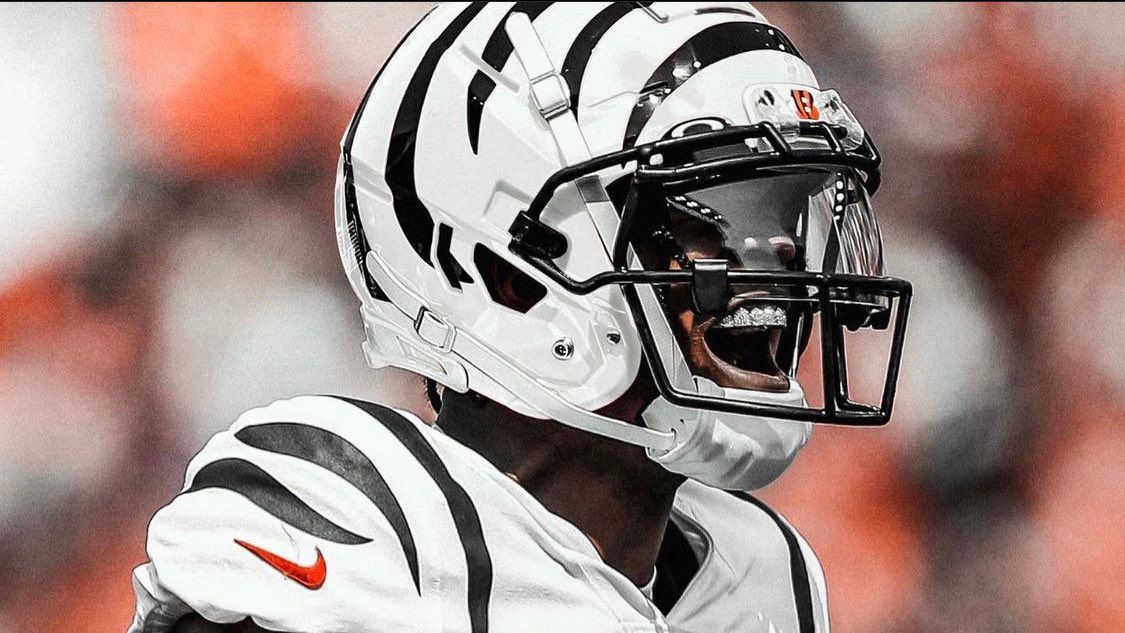 The Cincinnati Bengals They live a new era, and now they will release a new image to commemorate it.

After a 2021 season that culminated in an appearance on the Super Bowl LVI –its first Super Bowl appearance in 33 years–, and the interruption of a 31-year drought without winning a postseason gamethe Bengals announced for the 2022 seasonfor the first time in franchise history, a white helmet with black stripes.

Cincinnati He had been playing with the ad for days, but this Friday the presentation of the white helmet became official through social networks. Through a video on Instagram, in the first instance, where some of the most iconic moments in the club’s history were shown, Cincinnati previously revealed the imminent arrival of the image “White Bengal“. On Twitter, Bengals showed a photograph of a White Tigercreating expectation for the long-awaited official announcement.

The Bengals they have not yet revealed how many or which games the white uniform combination will be worn.

The concept of helmet and/or white uniform with black stripes had been requested for years by fans of the franchise.

The NFL recently relaxed its rules regarding the use of helmets, opening the possibility for teams to use two different helmets for a season, with which several clubs took the opportunity to announce retro or alternate images with different helmet colors. Among them, a red helmet stands out for the Atlanta Falconsa black helmet for the New Orleans Saintsa white helmet for the New England Patriotsand a red helmet for the Houston Texans, among the teams that have made announcements in recent weeks. Previously, the Tampa Bay Buccaneers announced the return of its original image, the orange, red and white combination, for the 2023 season. Previously, the league required the use of a single helmet for the entire season for reasons of player safety, with which they were discarded alternate combinations that required another color for it.

Cincinnati he’s coming off what has been his best season, by far, in three decades. They have a young core of brilliant players, highlighting the quarterback Joe Burrowwide receivers Ja’Marr Chase Y Tee Higginsthe corridor Joe Mixonand safety Jessie BatesIIIamong others, and reached the second appearance of the franchise in its history in a superbowlwhere they fell to eventual champions Los Angeles Rams.

The Bengals will have multiple opportunities to show off their “White Bengal” image throughout the upcoming regular season, with five prime-time games, including two duels in the “monday night football” of ESPN: in Week 8 visiting the cleveland brownsand in Week 17, receiving the buffalo bills.