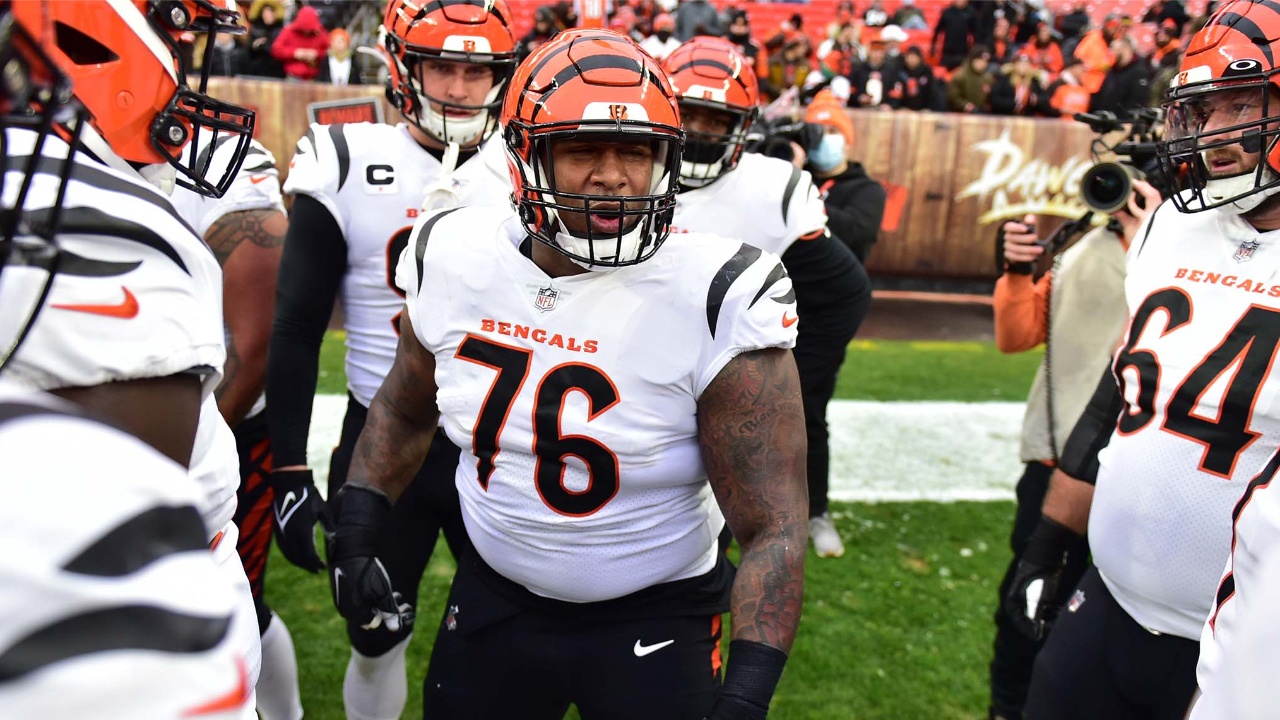 The Cincinnati Bengals’ 2021 season has come to an end with a loss, but not just any loss. After falling at the Sofi Stadium by a score of 23-20 against the Rams, in the very Super Bowl LVI this endearing underdog He fell short in the possibility of raising the first Vince Lombardi in his history. But, in the first place, nobody, not even the most dreamy fans of his, expected to see them here.

With this, we saw the rebirth of a franchise that had spent years in mediocrity. Under the guidance of second-year QB Joe Burrow, this team took a radical turn in terms of the product shown on the field. Below we break down the magical season of those directed by Zac Taylor.

Heading into this season and coming off a disastrous 2020 that ended with a 2-14 record, it was impossible to imagine this team in the Super Bowl. Moreover, very few saw them reaching the playoffs and honestly, the vast majority saw them at the bottom of their division. However, the AFC North had other plans. Certainly a team that skipped a rebuild that looked like it would take longer.

A Draft that provided immediate talent with the likes of Ja’Marr Chase and good free-agent signings (Trey Hendrickson, Mike Hilton, Samaje Perine, Chidobe Awuzie) would pay dividends later in the season. From week 1 against the Vikings, this team set the tone for what would be their season, in which they would constantly surprise and show that they were no longer those weak and directionless Bengals.

This team looked different, the explosiveness that the Burrow-Chase duo injected gave another dimension to this attack. Doubts regarding his first pick in the Draft were fading little by little, forgetting (initially) the controversy over not taking a top lineman in the Draft. Although the Ohioans were 5-4 by their bye week, very few believed the narrative of the Bengals making the playoffs. The shadow of mediocrity and incompetence from years past still hung over them.

It was expected that in the second part of the campaign this set would collapse. However, the only thing that this final part showed was that Cincinnati was for real, getting important wins against the likes of the Las Vegas Raiders, the hated Pittsburgh Steelers and also the Baltimore Ravens.

After the victory-manifest in week 17 against the Chiefs, the franchise secured its first pass to the postseason since 2015. Then the wonderful journey of Burrow’s team would begin. In the Wild Card round they ended a 31-year streak without winning a postseason game. In the divisional round they would achieve their first victory as visitors in a game of the same tenor, eliminating the best in the conference, the Titans.

As the final step, they would win the AFCG at GEHA Arrowhead Stadium in overtime. Goodbye to the curses and ghosts, too fresh achievements were achieved for the established times of the franchise; In addition, Joe Burrow’s mettle, mentality, leadership and confidence in his game were more exciting than ever.

Although they weren’t crowned NFL monarchs, Cincinnati’s trip will be one to remember. A underdog for which nobody gave anything and who constantly silenced his detractors. The future with Joe “Cool” Burrow and company looks bright.

Thank you, Who Dey Nation. pic.twitter.com/o3cmFoDRo9

There is no more, without the arrival of this quarterback from LSU this trip to the Super Bowl would not have been possible. The rebirth of this franchise is a clear example of what happens when you have the right guy in the position. With 4,611 yards, 34 TDs and a QB rating of 108.3demonstrated his full range of resources: leadership, precision, anticipation, understanding of the game and a mentality that demonstrates confidence.

All this is more surprising if we remember that Burrow was coming off a serious knee injury in 2020. With a huge room for improvement ahead of him, Burrow looks like the new sensation in the league, that guy who has positioned himself in the elite and that will keep for years.

The best moment of his 2021 season

The AFC championship game where they overcame an 18-point deficit against the Chiefs. The offense commanded by Burrow began to fuel up and his defense constantly harassed Patrick Mahomes, these were the keys to success for Cincinnati to get their ticket to the NFL finals.

Regardless of the result, this game perfectly captured the essence of this team: one that could not be given the slightest chance to revive, because the motivation and mood with which they arrived was monstrous. A meeting that showed that Joe Burrow is already that guy who gives the possibility of returning in games that seem lost.

His worst moment this season

Clearly there is nothing more painful than losing a Super Bowl, for this franchise it adds the third failed attempt in this instance. The game against the Rams in LA was kept close at all times, showing why both teams represented their respective conferences on Super Sunday.

Going into the fourth quarter, the AFC North were up 20-16, just 15 minutes after lifting the first Lombardi in their history. With less than two minutes left and down three points, Cincinnati’s offense had a chance to tie or win the game. Unfortunately for them, the fourth-down conversion (already in enemy territory) was thwarted by pressure from Aaron Donald.

What is expected of the Bengals next season?

It will be extremely interesting to see how this franchise will operate now that they will no longer have a top 5 pick in the Draft, and they can no longer go around it: they have the playmakers, but they will have to reinforce their offensive line to protect their franchise QB. . Whether via free agency or the Draft, it should be mission No. 1 in the offseason.

In addition to this, management must retain as much talent as possible from among its 25 projected free agents. according to spotrac, particularly if they’re looking to compete in the playoffs again. Even if they found a diamond in the rough in Joe Burrow, the AFC is overflowing with talented QBs looking to replicate what the LSU graduate did. Since their split things look complicated. Plus, in a competitive league like the NFL, it’s hard to get back into the big game consistently.

The Chiefs and Bills are opening as Super Bowl LVII favorites 👀

The Bengals will enter next season as a team that should no longer be underestimated. If the talent drain isn’t that big, and especially if that lackluster offensive line improves, this team will have ample chances of getting back to the postseason. The Super Bowl is something else, but for now Zac Taylor’s team should remain playoff-caliber as long as his QB is healthy.