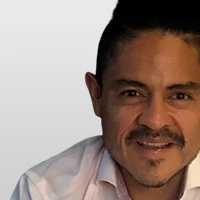 As the coach likes to say Luke Fickell of the Cincinnati Bearcats, the “best team does not win, the team that plays the best wins. “

Under that phrase, ehe University of Cincinnati football program has safeguarded his faith. For the first time in history of the NCAA postseason, a team that does not yet belongNone of the Power 5 conferences are in the run-up to the national title.

On November 23, the Bearcats entered the Top-4 of the rankings, breaking the barriers of college football. Since then, the University of Cincinnati program has held fast to its dreams of greatness.

The Bearcats finished a perfect 13-0 regular season, just the second in the history of the university.

One day is all that separates No. 4 Cincinnati from its biggest challenge: No. 1 Alabama.

Crimson Tide as the University of Alabama sports teams are known, is the best classified within the NCAA, aspires to his second consecutive national title.

The Goodyear Cotton Bowl Classic in Arlington is the Bowl that will give the ticket to the National Championship game.

“It’s been an incredibly exciting ride all season, coming in with really high expectations,” said Fickell. “A little different than the platform we’ve been on before. Obviously, our aponent is used to it.”

While Fickell acknowledges that Crimson Tide has more experience in college football playoffs, he knows his Bearcats have risen to the challenge in every competition this year. He has also beaten Alabama at this stage. Fickell defeated the Crimson Tide as defensive coordinator at Ohio State in the Sugar Bowl in 2014 before helping the Buckeyes win the national championship at AT&T Stadium that season.

The Cincinnati fifth-year head coach isn’t worried about being labeled the “underdog.”

The Bearcats depend on the second-best pass defense in the nation (168.3 yards allowed per game) to contain Heisman Trophy winner Alabama quarterback Bryce Young.

Cincinnati has the best cornerback duo in the nation: Coby briant and junior Ahmad “Sauce” Gardner. Bryant won the Jim Thorpe award, which is awarded annually to the best defensive back in the country. Gardner earned All-America Consensus Honors, becoming the first non-kicking / kicking Bearcat to claim the prestigious honor.

Young threw for 4,322 yards and 43 touchdowns with just four interceptions.

Alabama is 5-0 in the series against Cincinnati, but the two teams haven’t played since 1990. Bearcats are 2-1 in bowl games under Fickell

In Las Vegas they expect Alabama to win by 13 points, in many fans that Cincinnati continue with the role of Cinderella.

The Cincinnati-Alabama winner will face Orange Bowl winner No. 2 Michigan or No. 3 Georgia for the national title on January 10 in Indianapolis.