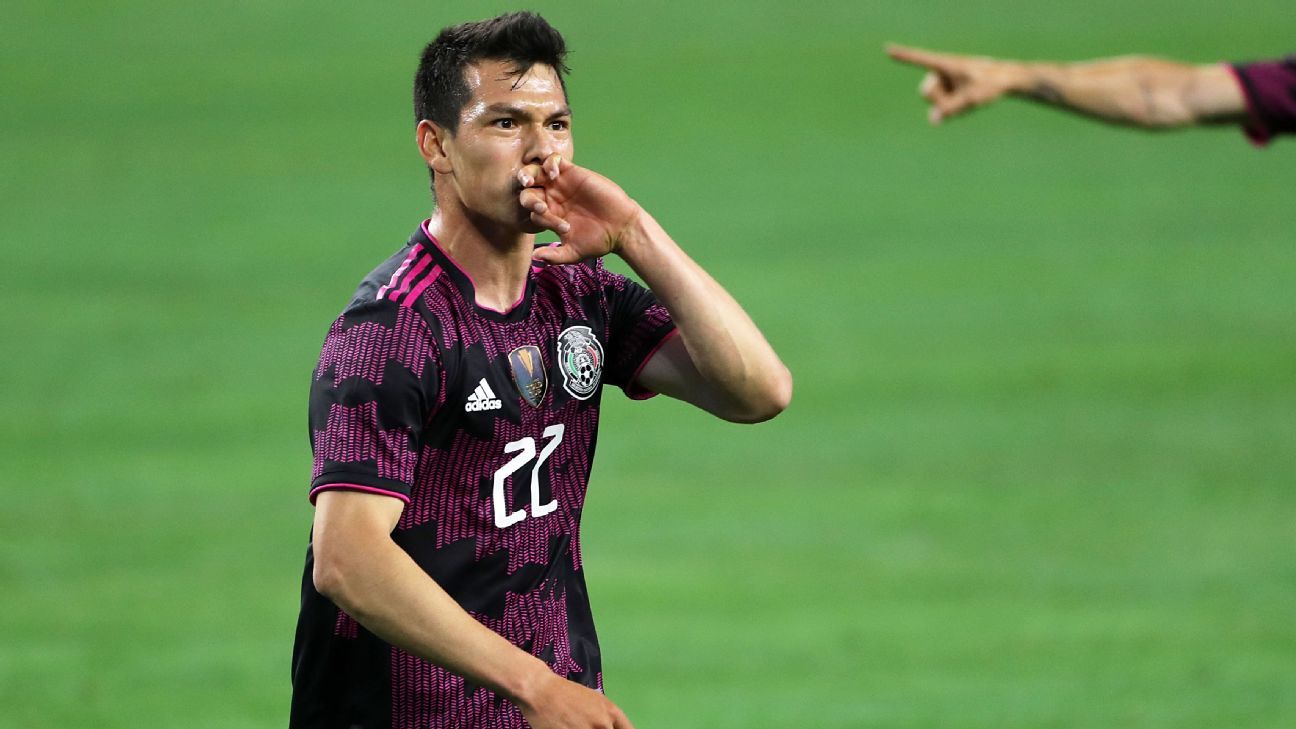 LOS ANGELES – In nearly a year, Hirving ‘Chucky’ Lozano has gone from utter bliss to utter uncertainty. Cinderella is a metaphor in everyone’s life, in anyone’s life.

A year and days ago, Gennaro Gattuso fired him from Napoli’s training. Last July 10, he left the court against Trinidad and Tobago, after all his bones were compressed, with a dismal crunch of bones, like the moan of a sinister marimba, when hitting goalkeeper Marvin Phillip.

Smart and lucky guy, Lozano learned from misfortune and became a better footballer, better player, and better teammate under the Gattuso dictatorship. He understood the mistake of wanting to play only for ‘Chucky F.C’. At times, he seduced his coach. It showed him that he was capable of reinventing himself.

In the Gold Cup, at minute 16, in the first game, against T&T, when the bloody symphony was heard, the lugubrious snap, from his neck to the coccyx, from the head to the tailbone, there was a feeling of panic.

The recent tragedy of Raúl Jiménez, detonated the virus of the unpredictable. Yet another muttered pessimism. His teammates in El Tri lowered their intensity and raised their guard for the rest of the game. Nobody would want to be the third in the poker that misfortune often despicably provides.

However, hours later, 40 stitches, a neck collar and the smile of his wife Ana Obregón, brought tranquility to the environment through their social networks. The ‘Chucky’ was spawned to generate terror in the areas, not to be terrorized.

This Friday, July 30, he turns 26. It will undoubtedly be a better anniversary than 2020, when he was still cloistered between Gattuso’s deranged animosities, and his agent Mino Raiola was already looking for a new destination for Lozano.

Recovering from that collision with goalkeeper Phillip, the horizon for his 26th birthday, however, is still at zero, following the arrival of Luciano Spalletti to Napoli’s admiralty.

Spalletti remembers ‘Chucky’ with the same rawness of a pain in the bones. He made it clear during his presentation, three weeks ago, at the head of the Neapolitan team.

“Lush? I like it, he was the one who threw me (with Dutch PSV Eindhoven) from the Champions League when I was coaching Inter. It was one of his careers that created problems for me, after playing a good game, ”he explained with a smile.

‘Chucky’ Czech card for his third year with Napoli in the team’s most expensive transfer, due to the insistence of Carlo Ancelotti in 2019, and who would be separated from the team in 2020. 47 million euros that still have that bitter aftertaste, to regret, for the Italian team.

See thus: Hirving Lozano’s Stations of the Cross is not over, but a new chapter is just beginning. He has a red balance with Napoli. The salary and productivity relationship dishonors Hirving Lozano.

Beyond the stratospheric amount paid by him to PSV, Napoli do not see a generous harvest for the salary of 5.4 million dollars a year.

In addition, this 2021 and 2022, they present an agenda full of commitments from the Mexican National Team, between friendlies and a World Cup qualifier, until finally reaching the World Cup in Qatar.

At Napoli they understand that they will pay Lozano’s salary to share their time, their efforts and their skills with the National Team, and that little should please the club’s leadership, and Spalletti himself, especially after the grotesque sequence against T&T.

For now, the Mexican National Team will have to be surgically careful to handle Lozano’s calls, and they will surely do without him in the five friendlies pending in the United States for 2022, in exchange for having him insured for the Concacaf Octagonal Final.

The mishap against Trinidad & Tobago, surely led to reflections in Napoli and in the same family of Lozano. In Italy the game is strong, intense, but not with that licentious and blatant aggressiveness that occurs in Concacaf.

In addition, for Lozano, immediately, the priority is to consolidate in Spalletti’s Napoli. And it won’t be easy. He will have to learn a new navigation map, although at 26, and with the will he has shown after the incident with Gattuso, it should not be complicated.

Spalletti has left a very clear idea of ​​his playing dogma with Inter Milan. It has been an evolution of his adventures for Udinese and Roma. Lozano will be as indispensable as it is disposable. It will be totally in your hands.

Again, Lozano will have to make long runs, under a doctrine that prioritizes not receiving a goal, but with the need for fast, vertical, forceful players, in offensive deployments, with fast transitions.

To resort to some videos of the functions that the Croatian Ivan Perisic did – keeping proportions, of course – in that Inter, could be a useful, but not decisive reference, for what Spalletti of ‘Chucky’ Lozano intends, and that the Mexican can meet perfectly.

Thus, with the celebration of this July 30, arriving at 26, Hirving Lozano has a fascinating journey until his 27th anniversary: ​​seize ownership in Naples, and be the determining man in the aspirations of the Mexican National Team towards the World Cup. Qatar 2022.

What will happen when the emergencies of Tri, those of Napoli and those of the player himself and his family come into conflict? That will be the greatest terror for the terrifying Mexican doll, this ‘Chucky’ Lozano.