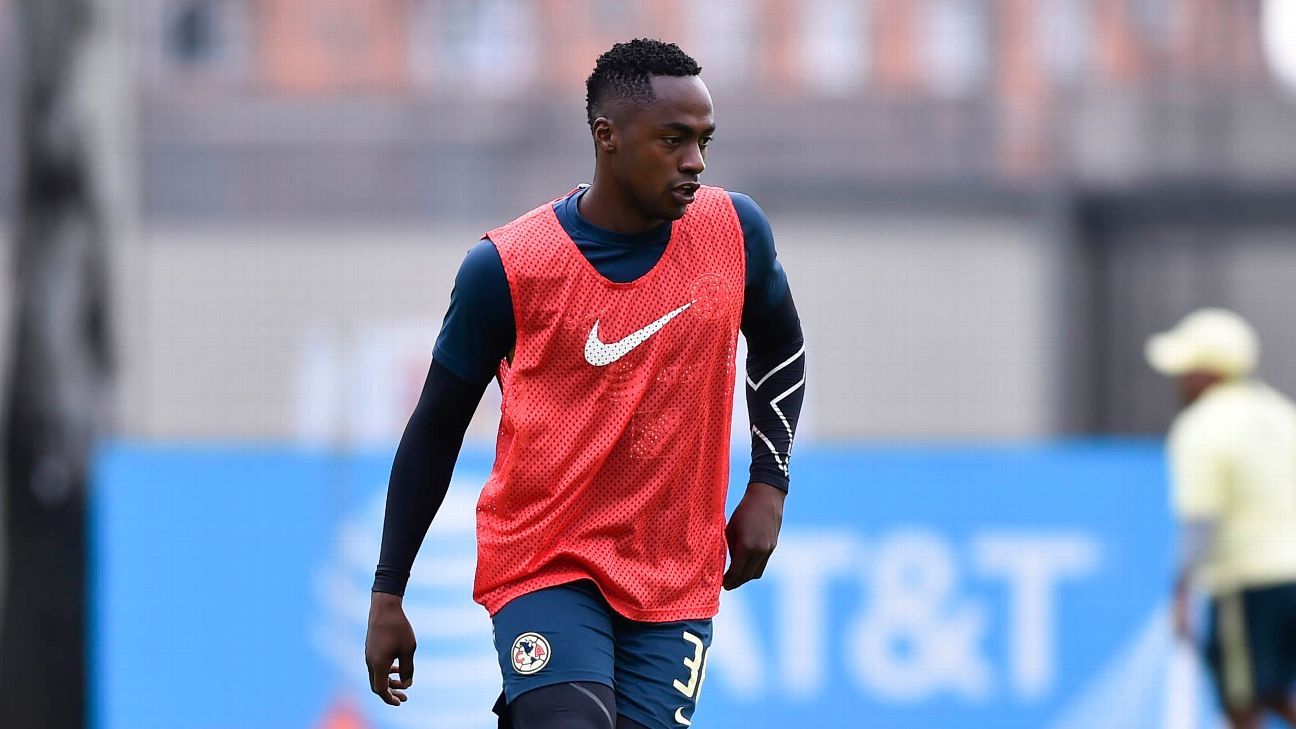 Renato Ibarra will return to wear the America shirt, 17 months after the incident of family violence that took him out of Las Águilas

Renato Ibarra will wear the shirt of the America for the Apertura 2021. After 17 months of the last time he defended the azulcrema colors, the midfielder will be taken into account by Santiago Solari, due to the absence of Leo Suárez due to injury.

The accusation of domestic violence that led to Renato Ibarra to the prison and, subsequently, to leave the America, already completed more than a year. Although in previous tournaments the Eagles board decided to leave the Ecuadorian on loan with purchase option to Atlas, the rojinegros did not sign and the midfielder returned to the capital team.

It was the injury of his teammate, Leo Suárez, which opened the door for him back to America And although he was already training with the team for weeks, he will finally be taken into account by Santiago Solari for the Apertura 2021.

Then in ESPN Digital we make a chronology of the case Renato Ibarra, from the accusation, detention, release from prison and legal pardon that he obtained, to his attempt to resume his sports level and return to America.

Renato Ibarra published a message on social networks denying the version that he was arrested for family violence and mentioned that “I am supporting the authorities due to a misunderstanding in which my family is unfortunately involved.”

The first versions indicated that the player was detained by the Attorney General’s Office of Mexico City for an incident of violence against his wife. Even, Ibarra He clarified that the information about being detained by authorities in the capital is “totally false.”

“I want to be very clear that the versions that mention both my partner and me are totally false, I would never lay a hand on any woman,” he wrote on Twitter.

Early this day, Ibarra was arrested at his home and presented to the Decentralized Investigation Prosecutor’s Office in Tlalpan for alleged “Domestic violence and Injuries “towards his wife, Lucely Chalá, 10 weeks pregnant and who was transferred to a hospital in the south of the city to rule out abortion.

According to the authorities’ account, the police officers, upon arrival, met with Lucely Chalá, 24, and Ana Karen Chalá García, 31 years old., who moments before being at her home were physically attacked by her husband and relatives, who were at her home, and were later detained to be transferred to the authorities. The complaint was made through a telephone call, which was attended by the security elements.

While the Ecuadorian player was detained, sources to ESPN Digital confirmed that the player was emotionally “finished” due to the situation he was experiencing, since, after two days of being detained by the capital authorities, it was not clear when the episode would end.

The day before, agents of the Public Ministry raised the statements of all those involved to establish responsibilities.

That same afternoon, Ibarra He was transferred to the Oriente Prison after being detained in an agency of the Public Ministry in the south of Mexico City.

Ibarra changed lawyers for the second time, and fIt was the lawyer Paloma Taracena who abandoned the soccer player, as well as the litigants Julio Lara and Ignacio Martínez, who appeared at the opening hearing that took place in the North Prison of Mexico City.

The lawyer Paloma Taracena appeared instead of the lawyer Mark Pérez, who left the case while he was still in the Public Ministry instance, which is why Renato Ibarra and the other four defendants had to change lawyers.

The statements of the sentimental partner of Renato Ibarra where he accused the soccer player of family violence.

Chalá explained that Ibarra’s relatives began to insult her and her brother and when she spoke with her husband about what happened, He replied that “don’t tell me anything, go and tell them, don’t tell me” and it was at that moment that the violent acts began.

“They began to physically attack me with blows to my face and body, as well as scratching me. My partner took my hair and pulled me trying to prevent me from defending myself, so we were cornered in the dressing room while they yelled at us: why didn’t we go out if we are so brave that they were going to beat us because we were stung by my partner’s money, “he said.

That same day, Miguel Herrera, América’s technical director, indicated that the club would offer its position on the case of “domestic violence“and” attempted femicide “involving Ibarra until Thursday, the date on which his hearing is scheduled at the Oriente Prison.

That day, the charges of “Attempted Abortion and Femicide” were dropped from Ibarra after the defense demonstrated that the lives of Lucely Chalá and Karen Chalá, in addition to their pregnancy, were never at risk, sources reported to ESPN Digital.

The footballer’s lawyers demonstrated with medical evidence and testimonies that Lucely Chalá was attacked, but the life of any of those involved was never at risk. Therefore, Renato Ibarra and the other four accused persons will only be singled out by Domestic violence.

Later that day, the striker left the Oriente Prison, through the front door of the compound and without giving any statements, after the charges for “Attempted Femicide” and “Attempted Abortion” were dropped.

After a week in detention, the 29-year-old Ecuadorian, his defense managed to continue the process in freedom for “Domestic violence“, against his wife Lucely Chalá and Karen Chalá, his spouse’s sister.

Renato Ibarra He arrived as a reinforcement of the Atlas for the Guardians 2020 tournament. With the rojinegros he remained two tournaments, in which he added 2,018 minutes of play in 29 games and scored four goals. At the end of the agreement, the foxes did not exercise the purchase option and left the team.

The Ecuadorian complied with all the requirements, such as the purchase of an apartment, a pension and finishing a course against family violence to be acquitted of all charges against him.

The midfielder returns to the America to report to the team that owns their federative rights; Although the first information the player receives is that they will look for a team to continue his career, as it was not in Santiago Solari’s plans.

Before the injury of Leo Suárez, America and Santiago Solari will use Renato Ibarra for the Apertura 2021 tournament. The player was training with the team, but has not been registered to be active in Liga MX.