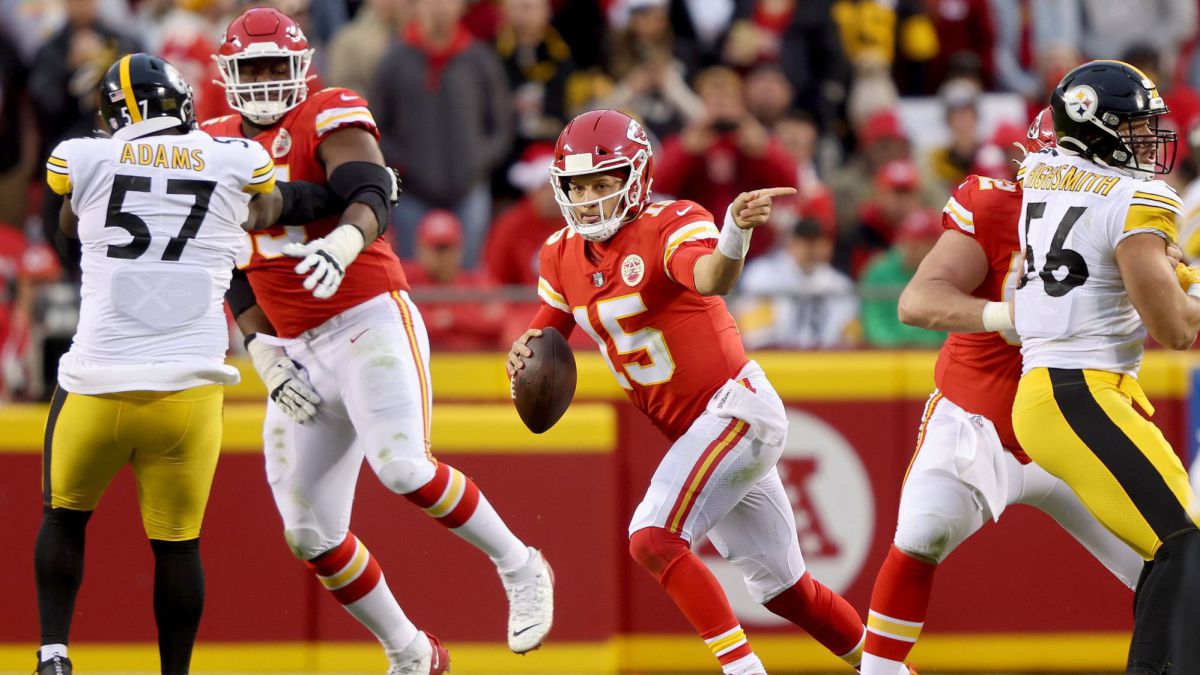 With their eighth win in a row, the Kansas City Chiefs are champions of the Western Division of the American Conference for the sixth consecutive season, remain as the top seeds and are once again the team to beat in the AFC.

Patrick Mahomes did not miss Travis kelce, threw three touchdown passes and the Chiefs (11-4) defeated the Pittsburgh Steelers (7-7-1) 36-10 at Arrowhead.

Tight end Kelce was placed on the COVID-19 list during the week and did not pass the tests to be activated for this Sunday’s game.

Without his best goal, Mahomes was 23-of-30 for 258 yards and became the Chiefs quarterback with the most touchdown passes at Arrowhead on the way. With the three of this Sunday it reached 64, with which it exceeded 62 of Trent green.

With this victory, Kansas City has at least 11 in four straight seasons. It was also the 102nd triumph of Andy Reid, with which he surpassed Marty Schottenheimer (101) in second place in Chiefs history, behind Hank stram (124).

Reid is the only head coach in NFL history with at least 100 wins with two franchises.

The first touchdown of the game got it Clyde Edwards-Helaire. It looked like he was being stopped behind the scrimmage line, but the Chiefs running back bounced off two Pittsburgh defenders to walk into the end zone on a one-yard play.

On the next play, Ben roethlisberger was intercepted by Charvarius Ward on a pass too high, aimed at Ray-Ray McCloud. Six plays later, Mahomes hit a five-yard send into the end zone with Byron pringle for the quick 14-0 at Arrowhead.

The locals went up 23-0 with a pass from Mahomes to Mecole Hardman, who posted his second touchdown of the season on an eight-yard play down the left flank, 2:13 from the end of the first half.

The Steelers have failed to score a touchdown in the first half in five straight games, the longest streak in the franchise since 1940, at six.

More of the same

The third quarter began in the same vein.

A fumble of Diontae johnson was recovered by Tyrann mathieu in the middle of the field. Mahomes hit a seven-play drive that ended with his third touchdown pass of the game and second from Pringle, now 16 yards, for 30-0.

Pittsburgh was finally able to score a touchdown – against several of the Chiefs’ backups – when Roethlisberger hit a 15-yard pass to Johnson, 2:54 left, to move the score to 36-10.

No Kelce on the field and Tyreek hill Limited to two receptions and 19 yards, Pringle became Mahomes’ best target, with six catches, 75 yards and two touchdowns.

Kansas City added 127 yards on the ground, including 55 of Damien Williams, 43 of Derrick Gore and 27 from Edwards-Helaire.

For the Steelers, Roethlisberger passed for 159 yards and the rookie Najee harris finished with 93 on the ground.

In Week 17 and the penultimate of the regular schedule, Kansas City visits the Cincinnati Bengals, while Pittsburgh hosts the Cleveland Browns on Monday Night Football.

Chiefs destroy Steelers and are champions in the AFC West