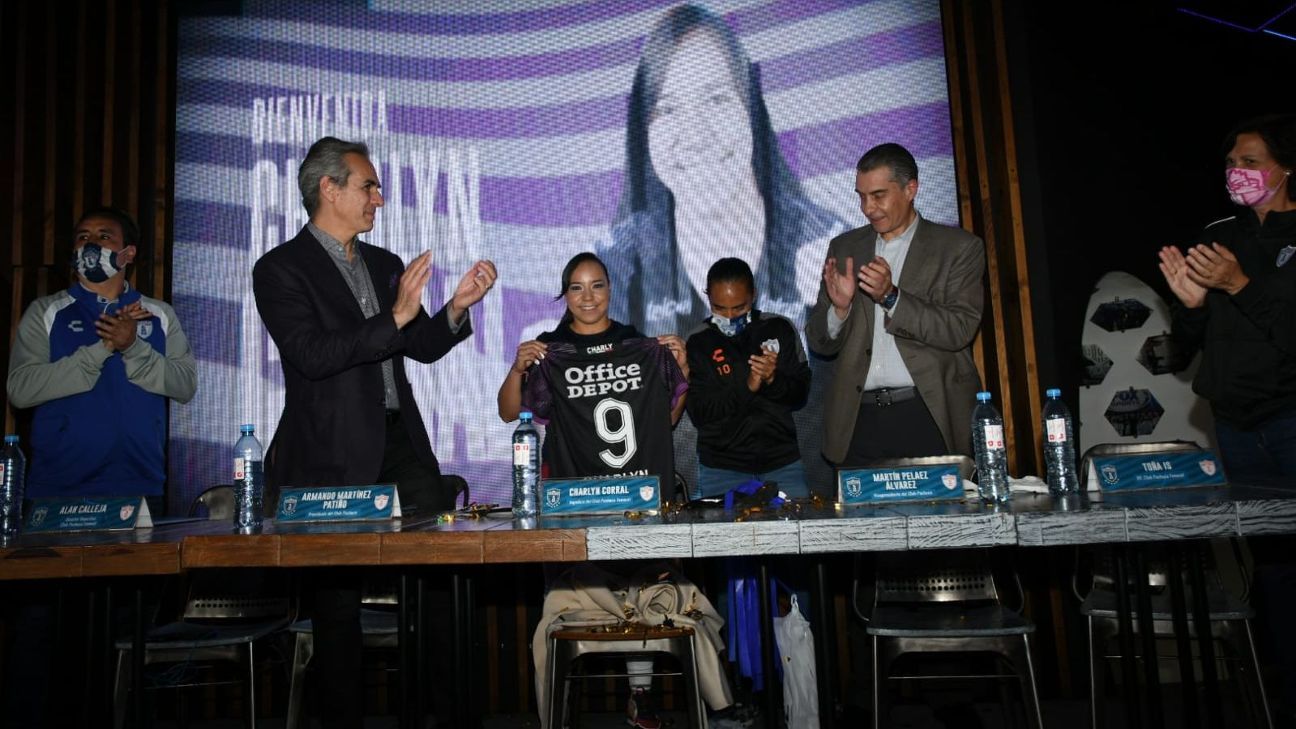 Charlyn corral was featured as a stellar reinforcement of Pachuca Female for the next tournament, which will be the forward’s first participation in the Liga Mx Women, after completing his career in the Iberdrola League of Spain. At a press conference, Corral She commented that from the first moment the Tuzas looked for her, she did not hesitate to accept the invitation of the Mexican team.

“Since I had contact with Pachuca At no time did I doubt that I wanted to come, many years without demanding myself to the fullest and the fact of returning was always the place where I wanted to be. Pachuca She has done very well and has stayed close to finding that cherry on the cake, I always thought that a player like me would be good for them, I am very happy, all things go through something and it had to be like that, have ambition, I return with the same desire and ambition as when I left, “said the forward.

Among the reasons why Charlyn corral chose Las Tuzas to experience his first participation in Mexican football, the player commented that the youth that manages the Mexican team was one of the reasons why he decided to sign for the Pachuca.

“They count many things, first is the treatment, it is an ambitious and innovative club that trusts women, that counts a lot, I identified myself because they treated me as a person rather than as Charlyn or footballer, I looked for the best conditions because it is also a job and one day I will stop playing, we fit together perfectly “

Monica Ocampo, captain of the Hidalgo team, handed over the shirt number nine, which she will use Charlyn for the next Opening 2021.

“As they already said, it is little by little, it has been working very well and has young players with ambition and desire to grow, plus reinforcement players, changing the chip, a women’s team is not easy, but I believe in camaraderie and Union we already have it, we are up for anything, we can’t talk until we start playing. “