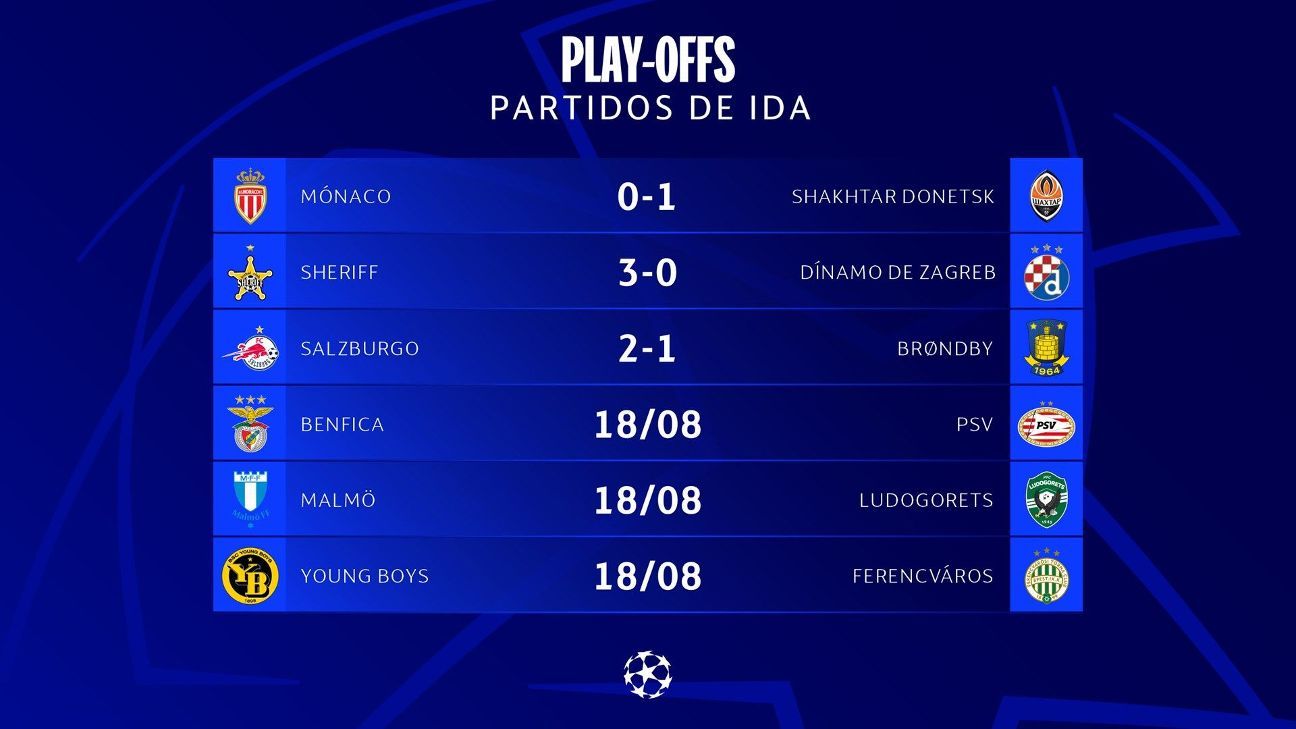 Shakhtar Donetsk took the first step to ensure, for another season, their presence in the group stage of the Champions League, after winning this Tuesday by 0-1 at Monaco in the first leg of the last qualifying round of the highest continental competition.

A triumph that rewarded the excellent staging of the Ukrainian team, who completely took over the game in the first twenty minutes of play, in which Monaco could only helplessly attend the eternal round in which Shakhtar converted the duel.

Superiority than the Italian Roberto De Zerbi, former Sassuolo coach, scored on the scoreboard with the goal at 19 minutes from the Brazilian attacker Pedrinho who showed all his talent and ability in a play in which, after getting rid of a tangle of rivals in the front of the area, he resolved with a precise shot.

A goal that seemed to appease the ambition of the Shakhtar Donetsk, which from that moment was limited to defending its advantage, as if the goals in the opposite field were still worth double.

Circumstance that was not wasted Monaco, in which Spanish Cesc Fabregas He did not even come off the bench, to begin to disturb the rival goal, although without much success.

In fact, those of the Croatian Niko Kovac they had to wait until minute 82 to enjoy their clearest chance of scoring in a shot from the Dutch forward Myron boadu that crashed into the post.

An action that condemned to defeat a Monaco that he will have to improve notably in the second leg if he wants to return to a Champions League, which the Monegasque team has not disputed since the 2018/19 academic year.

THE SHERIFF TIRASPOL DOES NOT STOP SURPRISING

The Sheriff Tiraspol Moldovan, who already got off in the previous round on Red Star of Belgrade, confirmed their status as a revelation team from the previous rounds of the Champions League, after winning this Tuesday by a clear 3-0 to Dinamo Zagreb Croatian in the first leg of the last qualifying round.

Nor the absence of the Colombian midfielder Frank Castañeda, who lost the duel for cards, prevented the Moldovan team, which formed in the central axis of the rear with the Colombian Danilo Arboleda and the peruvian Gustavo Dulanto, surpass the Croatian team.

A better game than him Sheriff moved to the scoreboard with the goals of the Malian striker Adama Traoré, in charge of opening and closing the scoreboard for the locals, and of the Greek Dimitrios Kolovos, which allow the Moldovan team to dream of being able to achieve, for the first time in its history, qualification for the group stage of the Champions League.

SALZBURG ACHIEVES AN AGONIC WIN AGAINST A COVID-DAMAGED BRONDBY

A goal in the 90th minute from the American midfielder Brenda Aaronson allowed the Salzburg Austrian win 2-1 at Brondby, in a first leg of the last previous round of the Champions League that the Danish group faced notably diminished because of the coronoavius.

Up to six casualties accounted for the Brondby due to COVID during their visit to Austrian lands, which did not prevent the Nordic team, who have not played in the group stage of the highest continental competition since the 1998/99 season, take advantage of their first arrival in the rival area to get ahead of the four minutes on the scoreboard (0-1) with a goal from the forward Mikael Uhre.

A goal that put a Salzburg, a classic in the last years of the Champions League, who managed to get to the second leg alive, after turning the scoreboard with the goals of the German striker Karim Adeyemi, who equalized the contest (1-1) in the 56th minute, and the Aaronson that established the final 2-1 in 90.