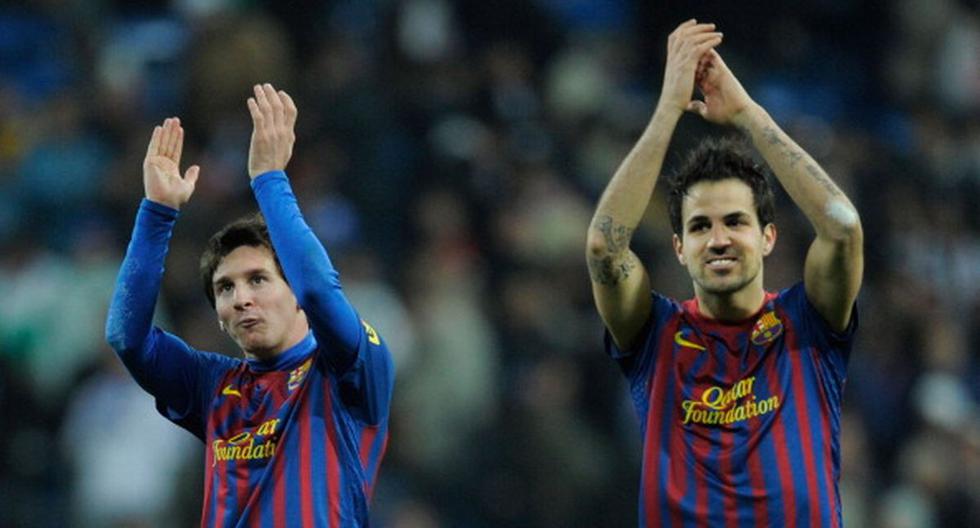 PSG is always the highest candidate to win the League 1. Now, with the signing of Lionel messi In the summer pass market, the club from the capital seems undisputed on the road to winning the local tournament trophy. However, Cesc Fabregas, friend of the Argentine and Monaco midfielder, anticipated that the task for ‘Les Bleus’ will not be easy at all due to the level of competitiveness.

“When PSG don’t win the league, everyone sees it as a disaster because they spend a lot of money. Everyone sees it as a one-team league, but in the last five years, Monaco and Lille have won it. It is not as easy as people think “, said the midfielder, who shared with the new player of ‘Les Parisiens’ in Barcelona.

“They are very intense players, very aggressive, very fast and strong. It is a good league, it is a league that is improving. They are already physical players, aggressive in a good way, they defend very well. In attack, they were not very talented, but they are improving. New foreign and modern coaches are entering and it is a league that is growing with the generation of coaches and players “added the former Arsenal on quality in France.

The arrival of Leo Messi to the French league

Fábregas commented in an interview with the English newspaper ‘Metro’ that there is a lot of expectation inside Monaco for colliding with PSG (they will play next December 12 at the Parque de los Príncipes stadium. Especially for the possibility of measuring Messi, one of the best footballers on the planet.

“All the boys are excited, knowing that they are playing against Lionel Messi. Everybody wants his shirt. I tell them that we are 25 and he is only going to have two. The team is full of young talents in Monaco ”, said the world champion in South Africa 2010.

“It will be a great test for them and they will be motivated. When the best player arrives, they want to show what they can do. Sometimes it brings more motivation to do it right and make something special happen. It will definitely be a tough challenge, even though we were close last year. We have to continue without thinking too much about PSG. It’s a long, very big season “added the 34-year-old Fabregas.