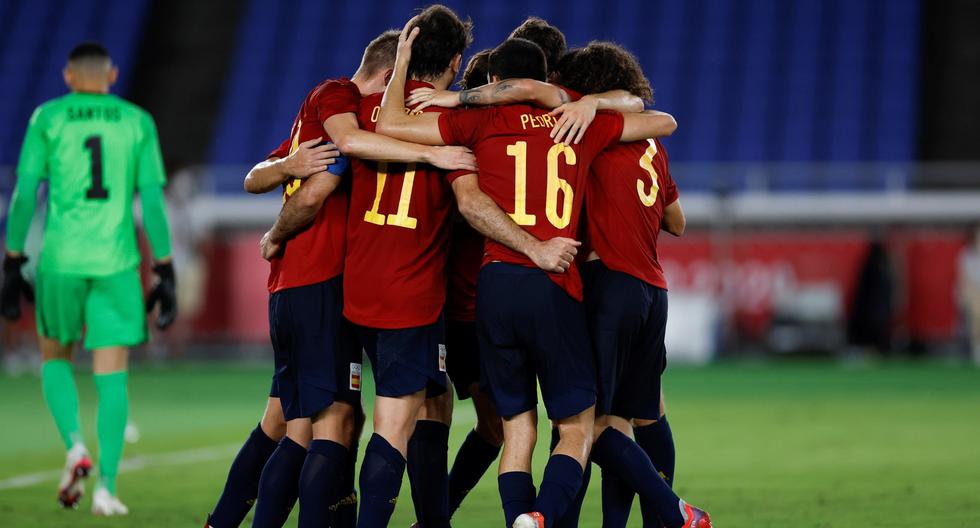 The captain of the Spanish Olympic football team, Dani ceballos, has highlighted “education and camaraderie” that reign in the locker room, “more than in any other” that he has met, and has been convinced that this group “is going to win Euro Cups and World Cups”, after what was the participation of ‘La Roja’ in Tokyo 2020.

“I was unlucky enough to only play 40 minutes in the tournament. From then on, my role was different, to support this group and this coaching staff. Right after losing the final, when you see some broken teammates, who have fought for forty-odd days for the gold, there is a void so great that it is impossible to fill. I told them to be calm, because this generation is going to win Euro Cups and World Cups”, Said in the act of tribute that the team has received in the Ciudad del Fútbol of Las Rozas.

The midfielder of Real Madrid emphasized the greatness of the components of the selection. “It was a shame that we did not win the final, but I am left with the human group that there is. In no locker room that I have been in before have I found so much education and companionship as in this one.“, he claimed.

Vallejo wants to keep the group

His teammate in the white club, Jesús Vallejo, also agreed on this idea. “This has been amazing, we have had incredible moments with our colleagues, it has been wonderful. I have told them that I hope we do not lose the relationship, that we maintain that WhatsApp group and that, when we are all retired from football, we get together to remember these moments. For many it is closing the circle of the lower categories, and now we have to fight for the absolute. What we have experienced here is going to be unforgettable”, He stressed.

For his part, Mikel Merino recalled that this success “comes from behind.” “The Spanish football quarry has been achieving success for many years. I am a true reflection of my father, who before me fulfilled my dream of being a footballer. We want to continue giving continuity to what previous generations have done, with a lot of pride, a lot of respect and a lot of humility to keep working and keep making Spanish football great”Said the Real Sociedad player.

Finally, the Madrid player Marco Asensio also confessed how “enriching” the experience has been. “It has been very enriching for everyone, because we have not gone as footballers, but as athletes. Sharing experiences with the rest of the athletes has been something very great. There have been moments of weakness, others that have made us stronger, games with an epic flavor that magnify everything we have done. We have all been a great family, and that is what we are going to value over the years and what we are going to take with us.”, He concluded.