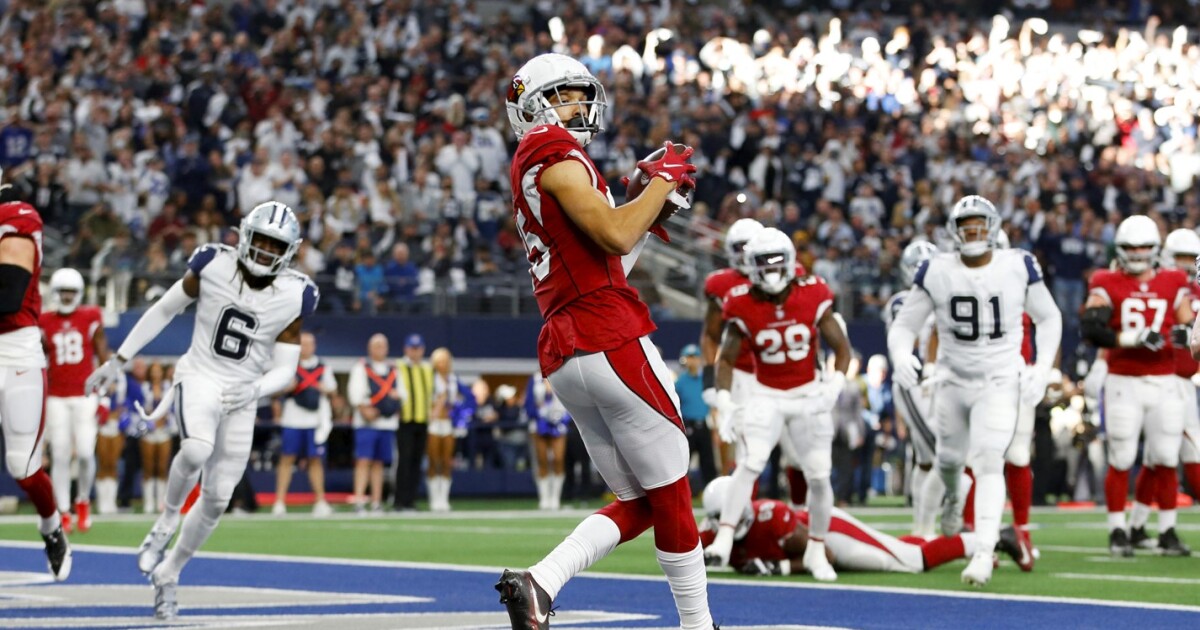 The Cardinals went to Dallas and they surprised some Cowboys (25-22) who were never found on the field. With this result, Arizona ended a three-game losing streak, reaching 11 victories this season, to dream of a place in the playoffs.

Kyler murray, QB of the visitors, finished with 26 completions of 38 attempts, for 263 yards and a pair of TD passes; your best ally Christian kirk, who went off with six reps for 79 yards; while on the ground, Chase Edmonds finished with 53 yards rushing.

4Q 13:49 | TOUCHDOWN OF THE COWBOYS | Cedrick Wilson approaches Dallas on the scoreboard after a two-yard pass from Dak Prescott | Cardinals 22-14 Cowboys

3Q 9:39 | TOUCHDOWN OF THE CARDINALS | Antoine Wesley makes a spectacular catch off a 19-yard pass from Kyler Murray | Cardinals 19-7 Cowboys

2Q 1:30 | TOUHDOWN OF THE COWBOYS | Michael Gallup brings Dallas closer thanks to a 21-yard pass from Dak Prescott | Cardinals 10-7 Cowboys

2Q 5:27 | TOUCHDOWN OF THE CARDINALS | Kyler Murray and company are giving the surprise. Antoine Wesley scores thanks to a one-yard pass from his QB | Cardinals 10-0 Cowboys

START THE PARTY | Cardinals vs Cowboys

The NFL regular season is winding down. In Week 17 of Season 2021, the Cardinals visit AT&T Stadium to take on the Cowboys, in a duel with the flavor of the NFL playoffs.

The Lone Star franchise has already secured its place in the postseason, after winning the East of the National Conference, a title that they had not achieved since 2018; and they are looking to reach the Conference Final, after 27 years of drought.

It may interest you: Sensitive images: Terrible injury in the NFL

Cardinals has three losses in a row

For its part, Arizona wants to correct the way. Sum three losses in a row after being the best team in the NFC and currently (prior to Week 17) they are in second place in the West.

A victory would put them in the playoffs and from that moment on, the story will be different; It is worth mentioning that they have not been able to qualify since 2015. This would be the Kyler Murray’s first postseason in his carrer.

It may interest you: The best surprises that the NFL left in 2021