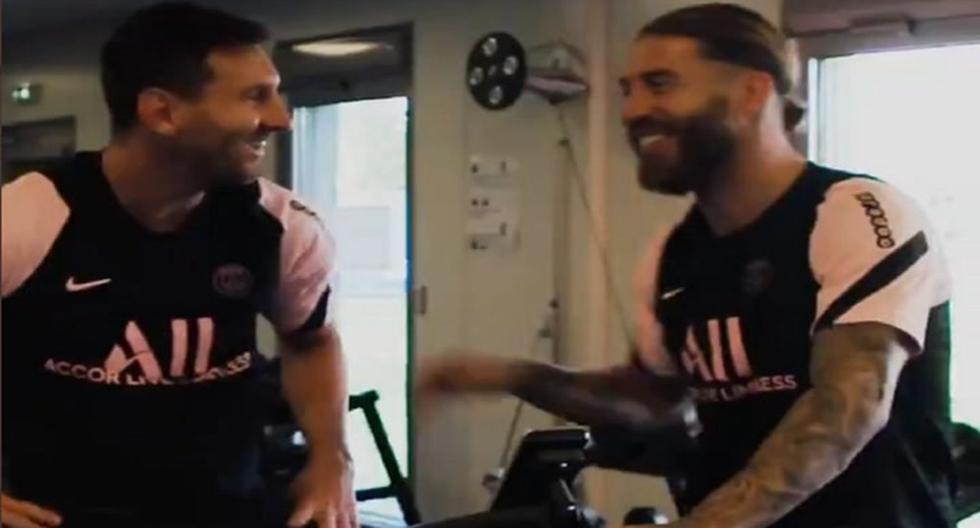 Real Madrid and Barcelona suffer. Although they could regret it more at the end of the season, if their former captains raise the Champions League together. Lionel messi He completed his first day of training with PSG on Thursday, and the matches were in order and on the surface. After receiving Kylian Mbappé, it was the turn of no less than Sergio Ramos. Whoever was their classic rival for years in the classics Real Madrid and FC Barcelona, ​​they embraced a genuine embrace to the excitement of millions of fans around the world.

PSG shared a clip of what was Messi’s first day as a Parisian player, from his arrival at the Camp des Loges facilities early in the morning, the greeting with his new teammates, the talk with Mauricio Pochettino and the meeting which has already fallen as a ‘bombshell’ in Spain.

In the images you can see Leo and Sergio, former captains of FC Barcelona and Real Madrid, respectively, greet each other effusively, with a hug included, and then the talk. Images that until a few days ago seemed impossible.

Before bitter rivals, today teammates, both players together add eight Champions Leagues, divided equally, four the ex-Madridista (2014, 2016, 2017 and 2018) and four the old culé (2006, 2009, 2011 and 2015). It is precisely the experience that the Qatari leadership is looking for to conquer a title that they caressed in 2020 (finalists against Bayern Munich), with the hiring of both footballers.

The two were excited at their goodbyes. Bouquets he was 16 courses at the Bernabéu; Messi, 17 at the Camp Nou. The first captained him for six years and the second, three. Ramos has not yet made his debut with PSG due to physical problems; Messi could do it this Saturday.

Already last Wednesday, Sergio Ramos had welcomed Lionel messi on his Instagram account, with the message: “Who was going to tell us, right Leo?”, accompanied by a photo of the new jerseys of both players in the club’s official store, where the number ’30 ′ chosen by the Argentine and the number’ 4 ‘of the one that emerged in Sevilla gleamed, in an unprecedented event in world football .