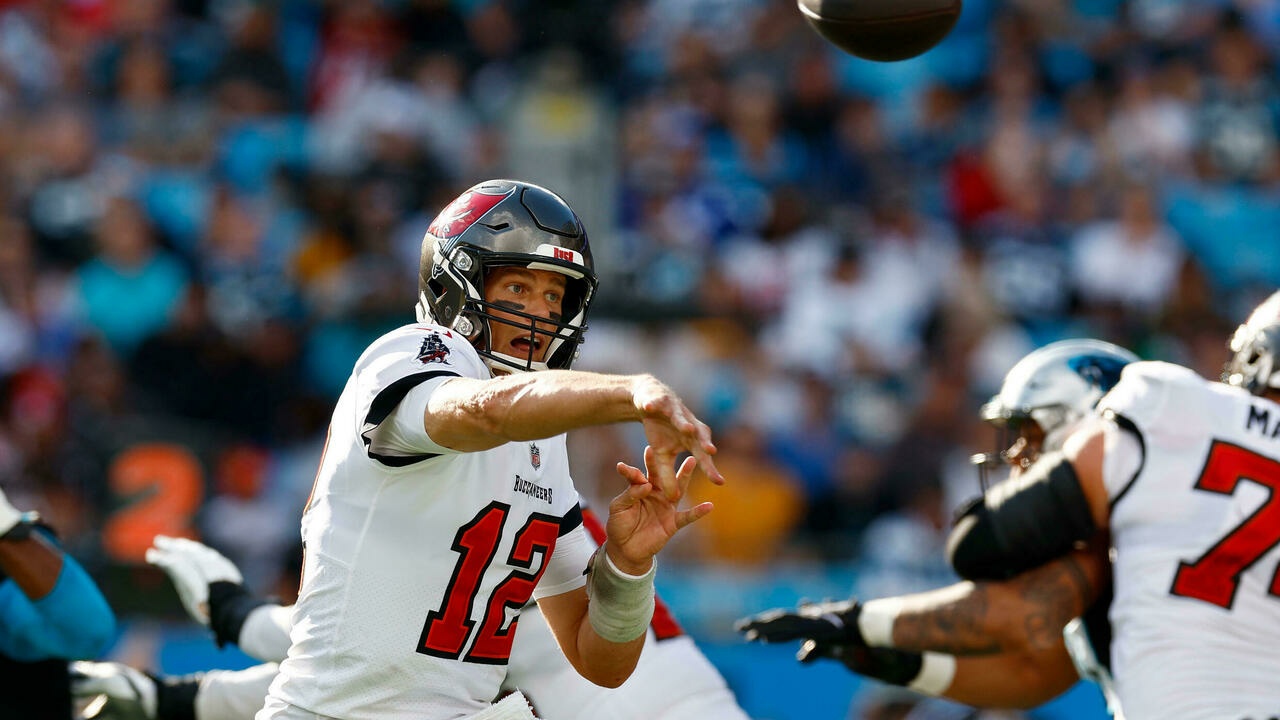 The Los Angeles Rams and Arizona Cardinals also clinched a playoff spot thanks to Sunday’s results, while the New England Patriots missed the ticket with a 33-21 home loss to Buffalo.

Brady, winner of a record seven Super Bowls, completed 18 of 30 passes for 182 yards and a touchdown, while Ke’shawn Vaughn and Ronald James each scored touchdowns that drove in the Bucs.

Tampa Bay, with 11 wins and 4 losses, was also crowned the winner of the South division of the National Conference.

The Rams are also 11-4 and advanced to the Cardinals at the top of the NFC West with a 30-23 win Sunday at Minnesota.

Matthew Stafford threw for 197 yards and a touchdown, but was intercepted three times by Vikings defenders.

The Rams had Sony Michel rush 27 times for 131 yards and a touchdown.

Minnesota’s loss allowed Arizona (10-5) to also secure a playoff spot despite its loss to the Indianapolis Colts on Saturday.

The Green Bay Packers, with a 12-3 record, and the Dallas Cowboys already had places secured in the National Conference playoffs, leaving two places to be assigned, with the Philadelphia Eagles and San Francisco 49ers, both with 8- 7, as the current occupants.

Jalen Hurts threw for 199 yards and two touchdowns to lead the Philadelphia Eagles 34-10 over the New York Giants.

For its part, New England missed the opportunity to become the first team in the AFC to clinch a playoff spot.

Buffalo’s Josh Allen completed 30 of 47 passes for 314 yards and three touchdowns for the Bills, who tied the Patriots at the top of the East division at 9-6.

In another meeting to decide the division lead, Cincinnati’s Joe Burrow completed 37 of 46 passes for 525 yards, a franchise record, and four touchdowns that led the Bengals to a 41-21 win over the Baltimore Ravens. .

Burrow’s 299 passing yards in the first half, when the Bengals took a 31-14 lead, were the most by an NFL quarterback this season at halftime.

In one of the last games on Sunday, the Kansas City Chiefs can secure the crown of the Western division of the American Conference if they beat the Pittsburgh Steelers on the court.