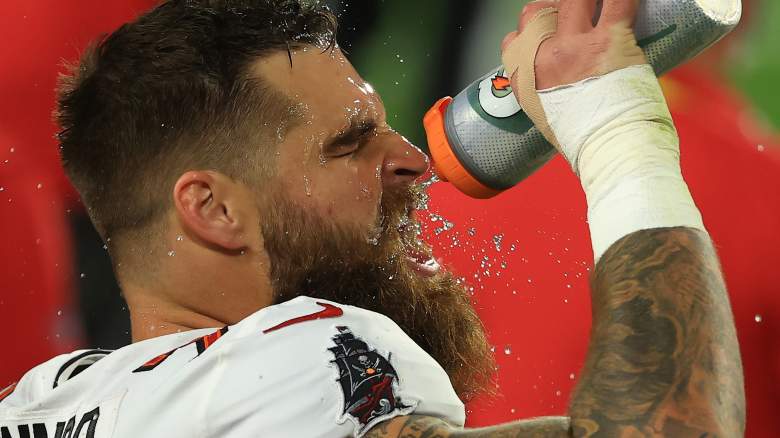 Getty Pat O’Connor returns for another season with the Buccaneers.

The Tampa Bay Buccaneers brought back another veteran Super Bowl LV player from the team on Tuesday, April 12.

Veteran free agent defensive lineman Pat O’Connor has agreed to re-sign a one-year deal with the Bucs according to Greg Auman of The Athletic. O’Connor’s payment has not yet been reported. He “led the team in special teams snaps” last season, Auman wrote, in addition to playing snaps at defensive end.

The Bucs are bringing back another free agent for 2022: defensive lineman Pat O’Connor, who led the team in special teams snaps, has agreed to terms of a one-year deal. He missed the end of last season with a knee injury.

Tampa Bay did not offer O’Connor an exclusive-rights free-agent offer in March prior to free agency, according to NFL Network’s Tom Pelissero. O’Connor “was one of only two players to play snaps in all six special teams stages this year,” Pelissero wrote. O’Connor’s “best contributions will be like ‘do it all’ on special teams,” but he can “help out as DL depth when needed,” Auman wrote.

O’Connor’s 2021 season was cut short by a knee injury, which occurred in the December 19, 2021 game against New Orleans. He missed the last three games of the season and the playoffs. ESPN’s Adam Schefter initially reported that O’Connor “torn his PCL and partial MCL,” according to doctors.

“I am grinding. I’m right. Just day by day. Hit the PT as hard as you can, you know, do everything you can to push my career in an upward direction, so I’m focused on trying to be the best I can be,” O’Connor told WGN. in February about his recovery.

How he revived O’Connor’s career in Tampa

Detroit selected O’Connor in the seventh round of the 2017 NFL Draft out of Easter Michigan. He had 166 tackles and 20 sacks for EMU. The Lions cut him in September 2017, which landed him on the Bucs via practice squad that year, and he’s played in 40 career games since then.

O’Connor played in three games in 2017 but spent the 2018 season on the Bucs’ practice squad. He then played in eight games for 2019 followed by increased special teams duties during the 2020 and 2021 seasons.

He has 14 tackles and 1.5 sacks in his career. His first career sack didn’t come until the 2020 season against the Minnesota Vikings.

“It’s been a long four years,” O’Connor told the media at the December 2020 press conference. “It was the best feeling of my life to be honest. I haven’t had one in a long time, but all this work I did before this made it worth it.”

O’Connor has played 146 snaps on defense and 843 snaps on special teams in his career.

In O’Connor’s February interview with WGN, he reflected on playing two seasons with legendary Bucs quarterback Tom Brady, who retired at the time. Brady did not retire on March 13, and O’Connor became the last Bucs free agent to re-sign since then.

“He’s an elite leader,” O’Connor told WGN. “Just the way he presents himself on and off the field, it makes you want to emulate him in some way, so he makes you a great person and motivates you to be a great person.”

“He’s the father of the team,” O’Connor said. “Everyone respected everything he said.”

READ NEXT: Rob Gronkowski decides on Bucs even though future is in doubt