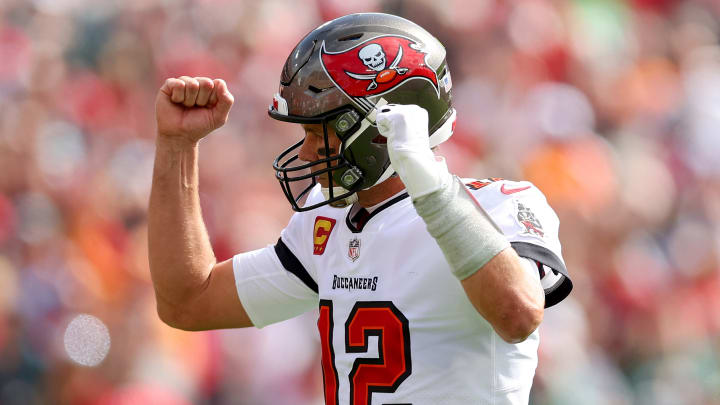 Tom Brady’s longevity in the NFL has been questioned for several years, but his two seasons with the Tampa Bay Buccaneers have shown that at 44 he is still one of the best quarterbacks in the league.

After a breakout campaign that ended in a Super Bowl LV championship, Brady was back on the Buccaneers’ side for one of his best seasons in more than a decade. He is one of the top favorites for MVP after recording 5,316 yards through the air, 43 touchdown passes and 12 interceptions, being the league leader in several areas.

Brady is in the final year of his deal with the Buccaneers, having restructured his most recent deal to provide salary-cap space during the 2021 offseason. His interest in staying in the league is well known, and while it’s not 100% sure that Brady will remain in the NFL, if he does, he will receive a new contract from Tampa Bay.

His most recent link earned him $56 million over two years, and he could very well aspire to receive similar conditions, since it will be difficult for him to extend the agreement for much more than two seasons due to his age. In terms of salary, he will have to make the “sacrifice” of freezing his salary above $25-$30 million to guarantee space in the Buccaneers’ salary cap.

Everything is in the hands of what many people already consider the best player of all time in the NFL, who has insisted on the fact that he wants to continue playing as a professional as long as his level does not decline and at the moment this does not seem to be even close to happen.