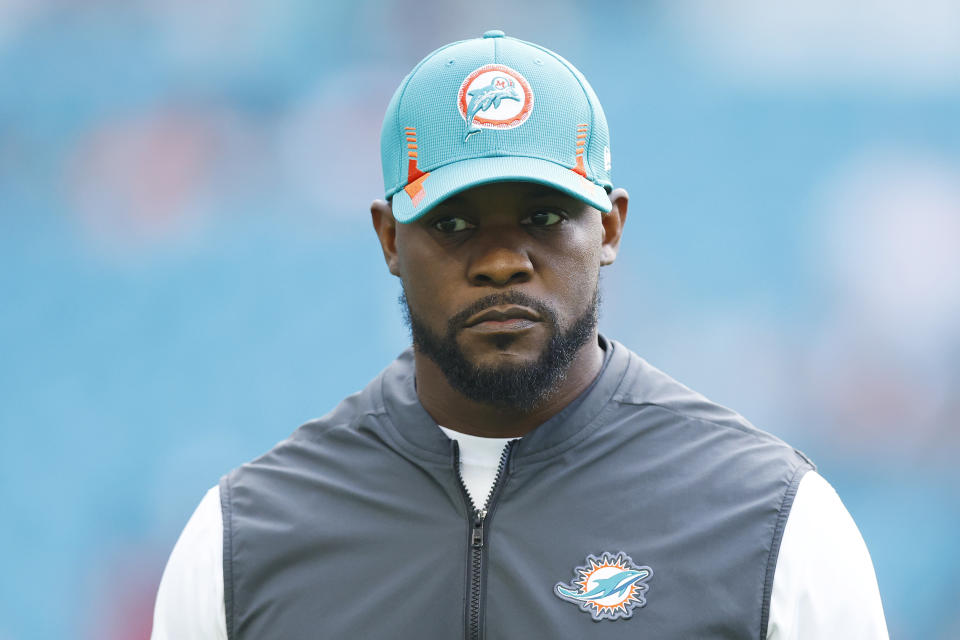 Brian Flores, now former head coach of the Miami Dolphins just unclog the sewer regarding the diversity policy that prevails in the NFLafter airing the lawsuit he made to the league and its 32 teams, accusing racist practices and a terrible disdain for the ‘Rooney Rule’.

For many many questions may arise about What is the Rooney Rule? What is it for and why was it created? Here are some responses that may shed light on the current context of what Flores, of Honduran descent, aired on Tuesday and that shook the NFL yes or yes.

The Rooney Rule was created in 2003 and it is an NFL policy that league teams are required to interview candidates from ethnic minorities for head coaching positions and football operations.

This rule was created in honor of Dan Rooney, former owner of the Pittsburgh Steelers, while he was director of the diversity committee. This rule was proposed to give minority candidates the opportunity to be head coaches and compensate teams to promote their development.

The accident that showed the tip of the iceberg

Brian Flores joined the New England Patriots organization in 2004. and he joined as a scout assistant, but in 2008 he was integrated into field duties as assistant to the special teams coach and he would stay with the team until 2018 when he served as linebackers coach.

During all that time Flores worked hand in hand with Bill Belichickso that a working relationship was established all those years and, probably, a friendship, so much so that he was among his cell phone contacts of the six-time Super Bowl champion coach and in the past days he committed an indiscretion with a shameful message.

Belichick sent Flores a text message congratulating him on landing the open head coaching job for the Los Angeles New York Giants. The now former Miami coach integrated two screenshots among the evidence in the lawsuit, derived from the conversation between the two.

But Flores tells Belichick that had not yet interviewed for the positionbut it will in a few days.

Belichick said he had heard from the Giants and the Buffalo Bills that Flores was their man.. And that’s when Flores realizes that maybe Belichick intended to text Brian Dabollthe Buffalo offensive coordinator who landed the job as the Giants’ new top man.

“That’s definitely what I want, I hope you’re right coach. Thank you.”Flores said in the conversation in text messages, but wanted to make sure when asking, “Coach, are you talking to Brian Flores or Brian Daboll? Just to be sure.”.

To which, embarrassed, Belichick replied: “Sorry, I screwed up already! [Sorry, I fucked this up!] And I had already checked up to twice and misread the message. I think they are talking about Daboll. I’m sorry, sorry about that.”

It is true that Belichick is not responsible for Flores being fired from Miami or for the New York Giants hiring Daboll as his new head coach, but it’s tremendously frustrating for Flores that the interview he had agreed with the New York team was not going to help at all because the organization had already made a decision.

This could mean that the Rooney Rule is only used to meet the requirements that the league asks of teams.but deep down there is no intention to open the doors to minority coaches and managers, unmasking a systemic (racism) problem that does the league no favors.