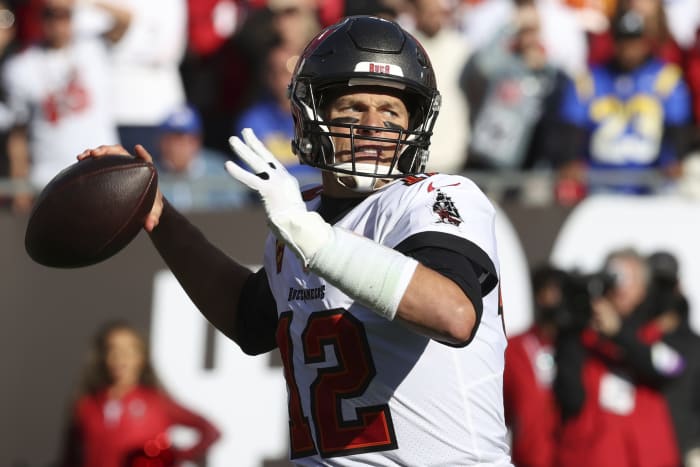 Brady, 44, announced Sunday that he will return to the Tampa Bay Buccaneers for his 23rd NFL season.

The seven-time Super Bowl champion made his decision known on Twitter and Instagram, saying he had “unfinished business.”

“These last two months I have realized that my place is still on the court and not in the stands,” Brady wrote. “That time will come. But it is not now. I love my teammates and I love my family who supports me. They made everything possible. I’m going back for my 23rd season in Tampa.”

Brady guided the Buccaneers to a Super Bowl title after the 2020 season and to the NFC South Division championship last season. He teamed with head coach Bill Belichick to win six Super Bowls over 20 seasons with the New England Patriots.

“Tom Brady loves playing football more than anyone I’ve ever been around,” Buccaneers head coach Bruce Arians said. “Like Tom said, his place right now is on the pitch. He’s still at the championship level and was as productive as anyone in this league last season. We are excited that he has decided to keep playing and working towards another championship.”

Brdy mentioned a desire to spend more time with his wife, supermodel Gisele Bundchen, and their three children when announcing his retirement on February 1. But he changed his mind about staying home a day after attending the Manchester United-Tottenham Hotspur game. Brady was at the stadium with the Glazer family, owners of United and the Bucs.

Many Hall of Famers from various sports have returned to play after announcing their retirement, including Michael Jordan, Magic Johnson and Bob Cousy in the NBA and Brett Favre and Reggie White in the NFL.

The Buccaneers are hoping star tight end Rob Gronkowski will return as well. Brady convinced his friend to come out of retirement and join him in Tampa in 2020. The team lost star guard Ali Marpet, who retired at age 28. But wide receiver Chris Godwin will stay in Tampa on the franchise tag.

They retained one of those key players when Pro Bowl center Ryan Jensen agreed to a three-year deal on Sunday, his agent Mike McCartney revealed on Twitter.

Brady’s return should also impact player decisions in free agency and team plans. The odds for Tampa Bay to win the Super Bowl went from 25 to 1 to 7.5 to 1 after his announcement; tied with Green Bay for the second-most odds, trailing only Buffalo 7-1, according to sportsbook FanDuel.

Brady returns to Buccaneers for his 23rd NFL season