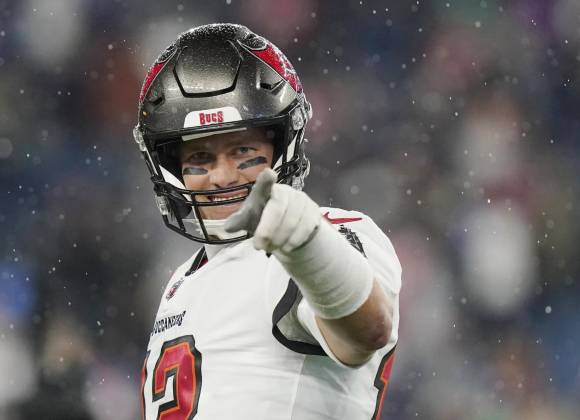 Tom Brady is “happy” with his decision to retire and hopes to “do other things besides playing” football, but also indicated “never say never” when asked about a possible return to the NFL next season.

“I’m just going to take things as they come. I think that’s the best way to put it and I don’t believe anything, you know, never say neverBrady noted. “At the same time, I know that… I feel very good about my decision. I don’t know how I’ll feel in 6 months.

“I try to make the best possible decision at the moment, which I did last week. And, again, I think I’m not trying to reverse course. I’m definitely not looking to do that. But at the same time, I think you have to be realistic that you never know what challenges there will be in life. I loved to play. I hope to do other things besides play. That’s as honest as I can be.”

Comments from Brady, who he would still be under contract with the Bucs if he decides to return in 2022, came days after he announced his retirement. Too they arrived on the first anniversary of his Super Bowl victory with the Buccaneers.

Brady, 44, said his decision to retire after 22 NFL seasons was not due to age or injury. He had surgery to repair a torn medial collateral ligament in his left knee last offseason, an injury he played with for his entire first season with the Bucs in 2020. He returned in 2021 to produce one of the best seasons of his career, leading the NFL in pass attempts, completions, passing yards and touchdown passes as the Bucs won the NFC South title.

Tampa Bay, seeded No. 2 in the NFC, lost to the Rams in the Divisional Round of the playoffs.

Brady said family played a big role in his decision. He and his wife Gisele Bundchen will celebrate 13 years of marriage this month, and Brady has said in the past that she has turned down numerous professional opportunities to care for her family. They have two children, Benjamin, 12, and Vivian, 9. Brady also has a 14-year-old son, Jack, whom he tries to see as much as possible, from his previous relationship with Bridget Moynahan, who lives in New York. .

“I think the choice is, everything has a cost and the cost is, ‘What am I missing in other aspects of my life?”, declared Brady in his first public comments on his decision to retire. “As you get older, you experience things outside of the sport that demand the level of attention and energy that football has always had. And it’s time to commit to that kind of thing.

Brady also has a growing list of ventures outside of football that he can now focus on: a global wellness brand at TB12 that he co-founded with coach Alex Guerrero in 2013, a multi-platform content company, an NFT platform and a clothing line that launched earlier this year.

Brady doesn’t rule out returning to the NFL; although he is “happy” with his retirement