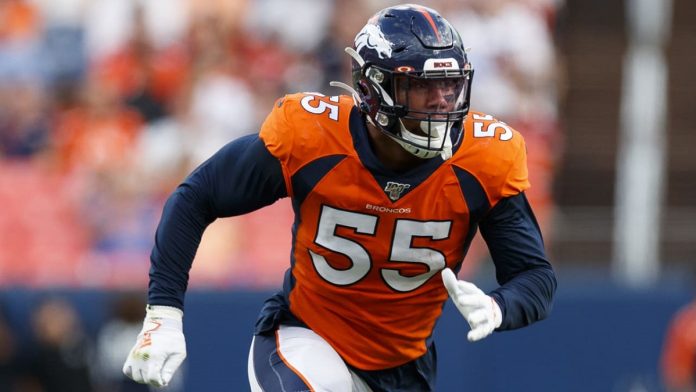 Denver Broncos linebacker Bradley Chubb asserted this Saturday that the AFC Western Division will be the toughest in the NFL in the 2022 season because of the way the teams that make it up have been strengthened.

Chubb was the representative of the Denver Broncos in the launch of the NFL’s “The International Home Marketing Area” program, which aims to make the league have a greater impact in several countries, including Mexico.

The defender will participate this Saturday and Sunday in get-togethers and autograph signings with fans of his team in a couple of shopping centers in Mexico City.

The 2020 Pro Bowler discussed how demanding the AFC West will be, in which the Chiefs signed wide receivers JuJu Smith-Schuster and Marquez Valdes-Scantling, as well as quarterback Patrick Mahomes.

Not forgetting the Los Angeles Chargers, who added tight end Gerald Everett to their ranks, an outlet for their young quarterback Justin Herbert.

The native of Atlanta, Georgia, trusted that the leap in quality that will take Denver to the playoffs will be the arrival for the 2022 campaign of former Seahawks passer Russell Wilson, champion of Super Bowl XLVIII.

In 2021, the Broncos finished in last place in the American Conference West with a record of seven wins and 10 losses.

Denver has not qualified for the playoffs since the 2015 season in which it won Super Bowl 50 by beating the Phantoms. In the last six seasons he only had a winning record, 9-7, in 2016; from 2017 to 2021 he ran five seasons with more losses than wins.